The show's ratings dip, but The Donald says no. "There are a lot of people out there who agree with me!" 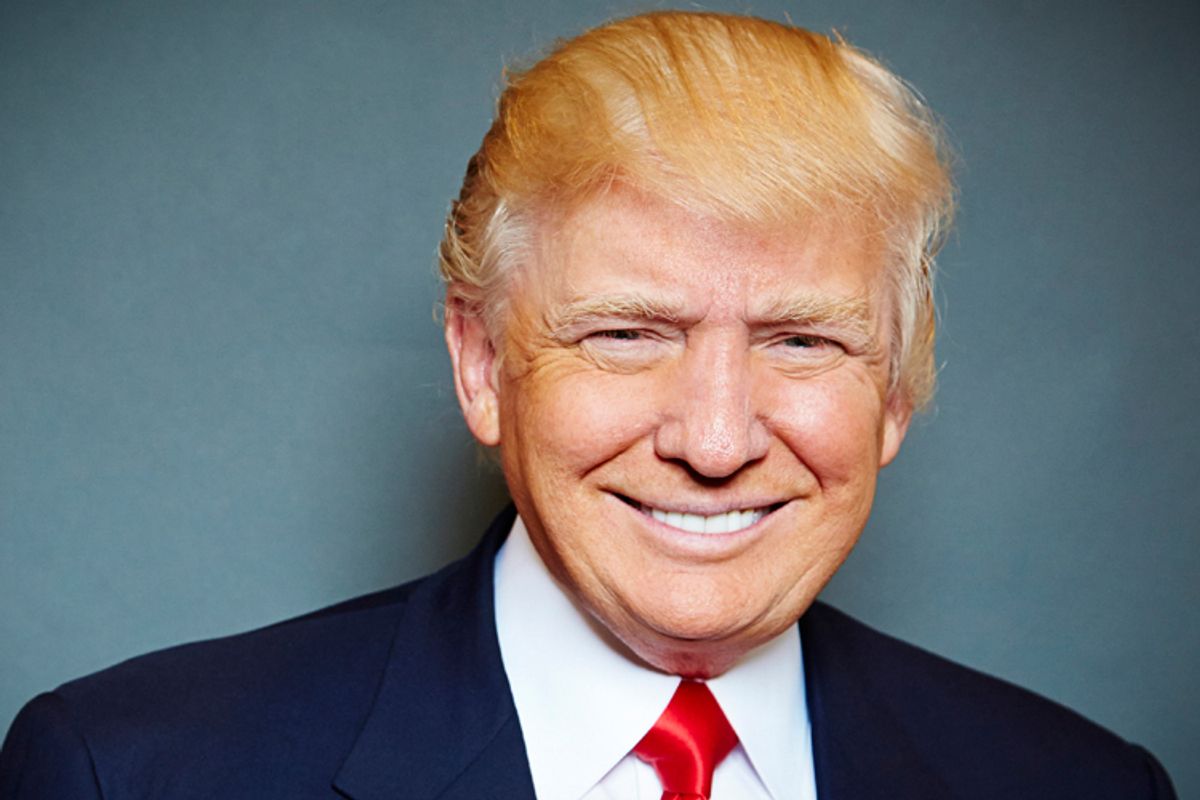 Donald Trump's "All-Star Celebrity Apprentice," the spring reality show uniting past contestants like Dennis Rodman, Gary Busey and La Toya Jackson, won its second hour last night among adults aged 18-49. But overall the news was mixed: Viewership was down from previous "Celebrity Apprentice" debuts, to 5.1 million people over the two-hour season premiere. (Last year's premiere got 7.4 million viewers; in 2011, that number was 7.93 million.)

"We beat everybody. We beat every other network," Trump said. "That's our hour. We serve as our own lead-in." (Last night on NBC, the first hour of "Apprentice" followed the newsmagazine "Dateline.")

Trump refused to brook questioning as to whether NBC -- which has collapsed in the ratings so far in 2013, slipping to fifth place after Univision in the February sweeps -- might not be the ideal home for a TV show.

Another topic raised by last night's broadcast: Trump's often-controversial political views, which President Barack Obama famously mocked from the stage of the White House Correspondents' Dinner in 2011, and which Trump explored prior to the 2012 presidential election before endorsing Mitt Romney. (He announced he was not running at NBC's 2011 "upfront" presentation to advertisers.) He thanked contestants for defending him against charges of "racism" -- an allusion, possibly, to his search for Obama's birth certificate. His time in the political sphere didn't end after he walked away from the Presidential election; last October, he offered Obama a $5 million charity donation if the president provided his college transcripts. (Obama did not do so.)

Could his politics have turned viewers off?

"I do have strong political views, but that's OK," Trump said. "There are a lot of people out there, you know, who agree with me!

"I think people know me very well, with or without the show," he said. "There are 16 copies of 'The Apprentice.' That number is as of two weeks ago -- there was that one on CBS, 'The Job' [featuring, among others, Cosmopolitan editor Joanna Coles]. And that was just canceled."

His political views, Trump said, hadn't hurt his popularity; indeed, it may have helped. "I was leading in the polls even after I dropped out, which I had to do because of the 'equal time' rule." Trump had led CNN's 2012 polls in April 2011, as well as Gallup's; his political popularity dropped later that year, though nominee Mitt Romney campaigned with Trump through 2012.

That rule governs the amount of broadcast airtime that may be devoted to a presidential candidate; had Trump, indeed, remained in the race, it would have been prohibitively difficult for "The Apprentice" to continue airing.

"And that's an interesting rule. I don't know why they have it."