In fight for House, is Obama his own worst enemy?

The president says he's determined to win back the House in 2014. If he fails, he may have his 2012 self to blame 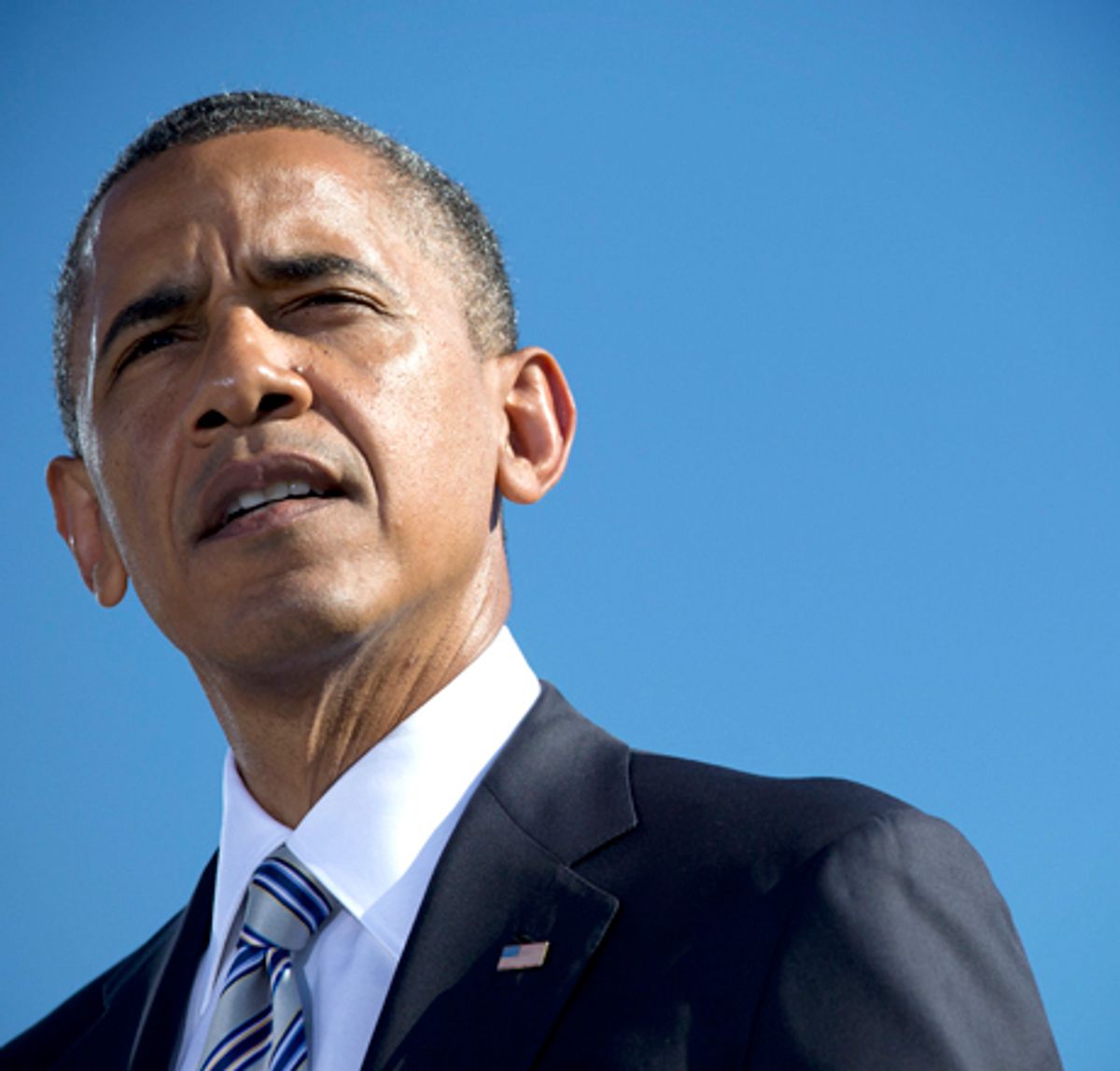 President Obama's new belief that most Republicans don't want to work with him, and that to pass much of his agenda he'll need to fight to win a Democratic congress in 2014, presents a critical question: Will declining to get involved in House races last year come back to bite him?

The president's plan to stump for his party’s congressional candidates in 2014 is a good idea. While some measures have managed to get passed, he's mostly suffered through the first two months of his second term – and far more of his first – frustrated by Republican filibusters, fake crises, fiscal cliffs, debt ceilings, sequesters, and reflexive opposition (to say nothing of a potential government shutdown later this month).

But, pushing for a Democratic congress was also a good idea in 2012, when a presidential election with favorable conditions for the incumbent and his party was waged. And yet it apparently did not occur to the president and his team that winning the House of Representatives would be an important goal at that time (you can read about their lack of involvement in the '12 congressional races here and here).

In fact, the prevailing view of the Administration at the time was that if Obama were re-elected, a "fever would break" and Republicans would suddenly give up their rigid opposition to him. Joe Biden said he personally knew of  "a dozen Republican senators and up to three dozen House members that want to work with the Democrats," predicting that after the election, they would say:  “Hey man, I no longer have an obligation to stick with the right of the party."

Hey man, it turns out this was actually a bit of wishful thinking. And a pretty foreseeable one, insofar as Obama spent much of his first term battling back a Congress whose leadership famously said its primary goal was to make him a one-term president, and whose rank-and-file members were told, “If (Obama) was for it, we had to be against it.”

Even if the White House was unable to do the math, plenty others made the point. In June, when Obama aide David Plouffe was interviewed by CNN's Candy Crowley, she asked why the President had been unable to achieve so much of his first-term agenda.

“This Congress is sitting in the way,” he told her, accurately. “What is different in the next four years?" Crowley replied. "Are you going to get a better Congress?”

While Plouffe changed the subject in that interview, others in the Obama orbit offered what seemed like a more plausible explanation for the president's reticence to help House candidates: He had his own race to run and couldn’t afford to divert resources from it.

As one aide tweeted in response to criticism about the president's low profile in House races, just after Obama's victory:

Great point. I knew we should have cut our OH and VA trips and spent more time in CA and AZ. #StickToDayJobs

This response makes sense on the surface. But there’s actually plenty a president can do to help his party win House seats without having to totally rearrange his own schedule or alter his own strategy.

For example, the previous two incumbent presidents ran successful reelection campaigns while explicitly boosting their party's congressional efforts. Bill Clinton directly asked the nation to give him a Democratic congress in 1996, telling it that essential programs like Medicare and Medicaid stood in the balance. And the campaign of George W. Bush worked with local campaigns to coordinate their field efforts, while the president appeared with House candidates and raised money for them. Republicans won seats in the House and Senate that year.

So, it wouldn’t have been that hard to at least try. Could the president have actually turned the House blue in 2012 and avoided the last two months of agita, had he worked for it? Probably not. The evidence suggests an actual flip of control would have been rather tough. But picking off a few seats in 2012 would have made the looming task of taking back the House in 2014 a bit less daunting. And given the data and the meagerness of Obama's effort last year, it's not absurd to think such gains could have been possible.

According to the Washington Post, 15 Republicans who won in November did so with less than 55 percent of the vote and were in districts Obama won. While it’s not reasonable to expect that all could have been flipped, one could certainly envision some pick-up opportunities there. To tilt control of the House, Democrats would have needed to win 17 more seats than they did. (To put that in perspective, the closest 17 Democratic defeats in the House were within 6.8 points, and the closest six were within 2.4 percentage points.)

But, of course, Obama did not really try to win the House. He didn't make a broad appeal to the country about the need for a Democratic congress who would work with him to get progressive legislation passed. He didn't endorse a slew of candidates, or raise money for them. Whether this was born out of the idea that people who desperately wanted to see him lose his job might suddenly decide to work with him, a desire to maintain an independent political brand, or the dubious notion that it would jeopardize his own reelection, the decision left him with a seventeen seat gap to close in 2014 (which as Steve Kornacki explains, will be extremely formidable).

Considering that off-year midterm elections for an incumbent president's party are historically losers, this cycle may be a very tough one to make up all seventeen seats (rather than, say, twelve or thirteen). All of which means that when it comes to getting a Congress that will help him cement the legacy he seeks, Obama's new epiphany about Republicans may be too little, too late. It doesn't mean he won't be able to get anything done at all. But, thanks to the White House's decision to sit out the 2012 House battle, the arrival of Joe Biden's "Hey man" moment may still be his best shot.