Just because the "Oscar curse" is dubious doesn't mean opportunities for actresses are limited. 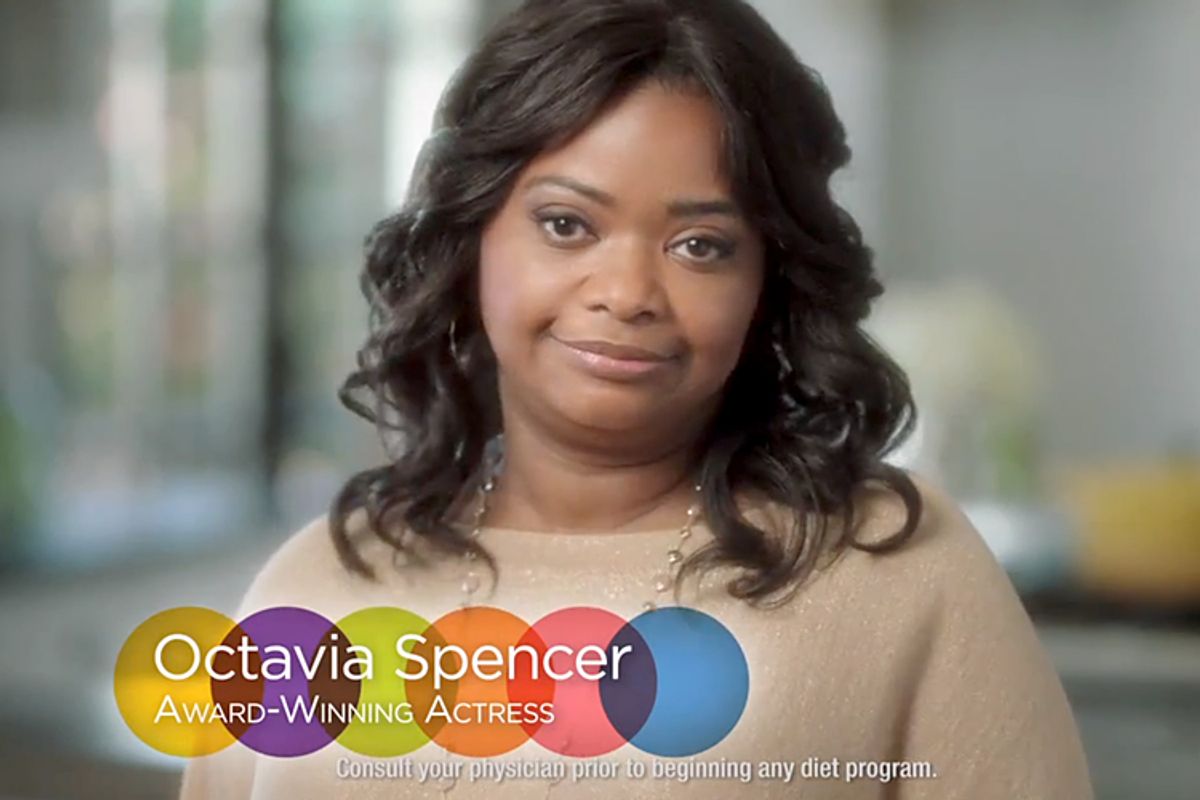 Before the Oscars, we examined whether there was such a thing as an "Oscar curse," a phenomenon said to ruin actresses' careers after they win acting's biggest prizes. While it's almost entirely situational -- big stars who win the Oscar tend to shy away from the spotlight after to avoid overexposure, while less well-known actresses have trouble landing roles as great -- Octavia Spencer's diet-powder ads may be the best evidence yet that there's something to it.

Spencer, who won an Oscar in 2012 for her performance in "The Help," is now pitching Sensa, a powder sprinkled on food, purportedly in order to fool the brain into thinking it is full. Sensa describes her, in its ad, as an "Award-Winning Actress" -- hey, "Oscar" is a copyrighted term.

Sensa, also endorsed by "Millionaire Matchmaker" TV personality Patti Stanger, claims its efficacy is supported by a study that was shorter than six months, thus failing to gauge whether it keeps weight off. Its inventor, Dr. Alan Hirsch, claimed the product was "peer-reviewed" by the Endocrine Society, a group that ABC News reported was in fact "surprised and troubled by the promotional nature of [Hirsch's] presentation."

No matter. Spencer is striking while the iron is hot -- and who can blame her? It's projects like this that finance her hilarious guest spot on "30 Rock" or her forthcoming indie "Fruitvale," heralded at Sundance. She's not quite Mira Sorvino yet.