A swarm descended on Cairo over the weekend. Where's Charlton Heston when you need him? 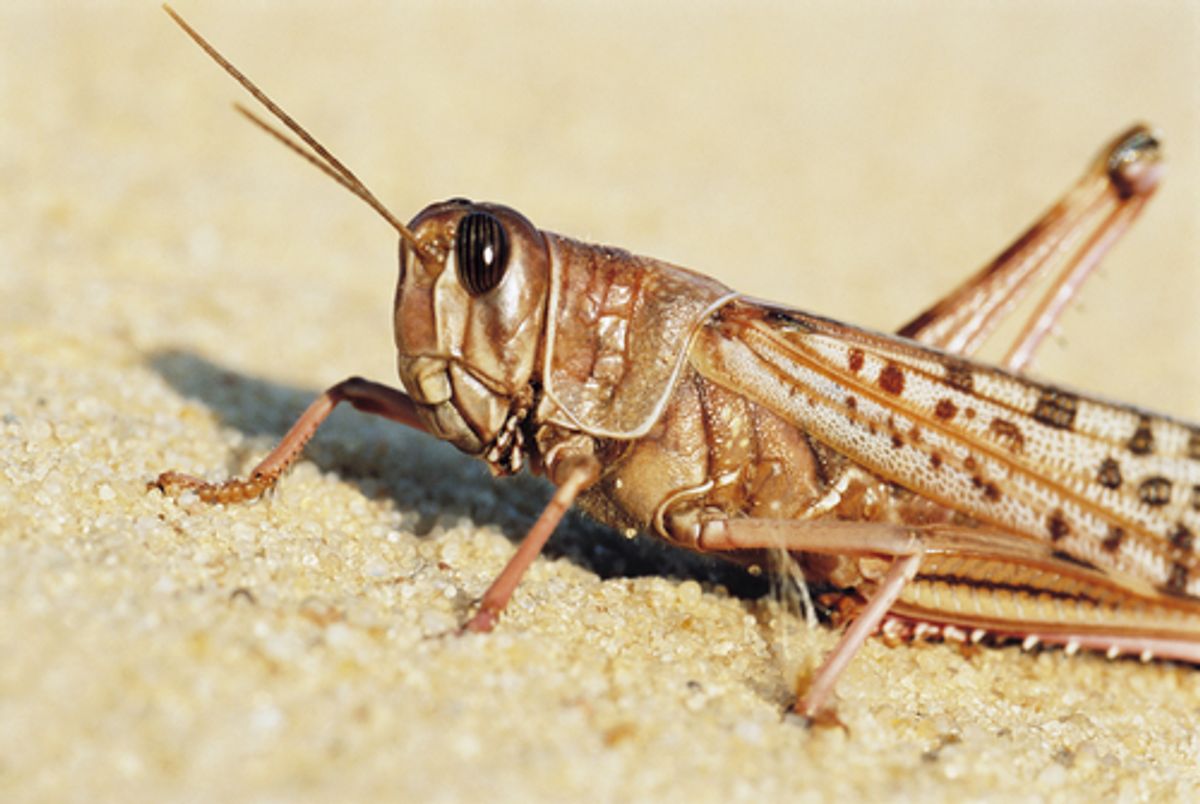 Where is Charlton Heston when you need him?

A swarm of locusts hit Egypt over the weekend, just ahead of Passover.

The Egyptian Ministry of Agriculture and Land Reclamation said 95 percent of the swarm that descended on Cairo on Saturday was eradicated, according to Egypt Independent.

A statement from the ministry released late on Sunday said small numbers of locusts were spotted above Nasr City, Cairo Stadium and the airport. Nearly 17,452 locusts were exterminated, according to the ministry.

However, Egypt's Agriculture Minister Salah Abdel Momen said that the swarms would not damage crops as they were storing fat on their bodies for their annual spring migration.

While Egyptian authorities battled the mobs of grasshoppers, Momen warned people not to take matters into their own hands. Burning tires to drive the locusts away would only disperse the swarms, making them harder to track, he said.

"I ask the families living in the locust-plagues areas not to burn tires," Momen said, according to Israel National News. "This does not chase away the locusts, but only causes damage and could ignite large-scale fires that would cost in lives."

Israel is on locust alert, with Israel's Agriculture Ministry setting up an emergency hotline on Monday.