With violence escalating, the country's reputation as a stable, thriving corner of Africa is in jeopardy 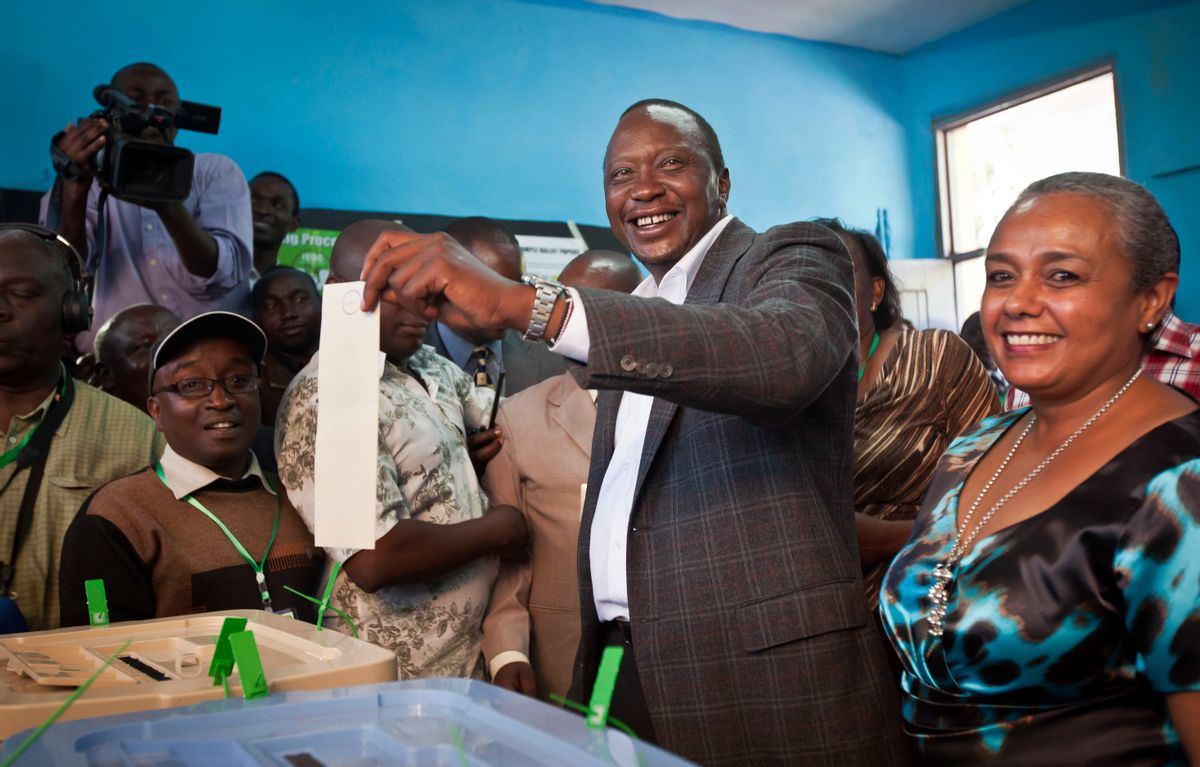 NAIROBI, Kenya — Voting began in Kenya’s watershed election on Monday with long queues of patient voters lining up long before dawn in many parts of the country, including the capital Nairobi.

But the start of the polls were marred by two separate deadly attacks on police in the coastal region.

The overnight attacks in Mombasa and Kilifi left at least 17 people dead, nine of them police officers. Police chief David Kimaiyo blamed Mombasa Republican Council (MRC) separatists for the assaults in which police officers were hacked to death with machetes. The MRC had previously threatened to disrupt the polls.

The last time Kenyans voted the results were disputed and ethnically-aligned gangs took to the streets. More than 1,100 people died during weeks of violent unrest, which is why there is so much attention on this vote. If peaceful, it will lay the ghosts of the last election to rest, but if it again descends into violence Kenya’s reputation as a stable, thriving corner of Africa will be dealt a heavy blow.

On Monday morning the signs everywhere except the coast were good. Elsewhere in Kenya there was a festive atmosphere and the biggest threat to the success of election day came from an apparently large turnout and the long, slow queues of eager voters.

State primary schools have been turned into polling stations for the day and one of the largest is Olympic school in Kibera, a Nairobi slum. By the time polls opened shortly after 6 a.m. this morning, queues thousands long had already formed.

They snaked from the door of each classroom across the school grounds, out the gate and down Kibera’s uneven roads lined with the small tin shack shops that are the heartbeat of the informal economy.

Minutes before voting started, election officials showed those waiting the transparent plastic ballot boxes, tipping them upside down to prove they were empty and not stuffed with fake ballots as happens in the crudest attempts to rig votes.

Each time a ballot box was held aloft, voters whistled, cheered and clapped in the pre-dawn gloom. The first voters to be cleared by police officers ran to the polling rooms, some with their arms in the air in celebration.

Soon after casting his ballot, George Oduor, 30, smiled as he hurried away to open up his shop. “I had to come early because if I delayed I may miss my chance to vote,” he said, eyeing the lengthening queue behind him. Asked whether he thought there could be a repeat of the violence of early 2008 he replied: “I think it is 50/50 but we are praying for peace.”

Poll violence tends to follow disputed results rather than the vote itself but another voter at Olympic said he was ready to accept the outcome. “If my candidates do not win it is well and good,” he said.

In upmarket parts of the city queues were equally long, matched only by the number of parked cars and SUVs clogging up surrounding roads. With so many people voting Nairobi’s roads were empty, a welcome change from the daily gridlock.

As the sun rose higher and hotter voters at polling stations around Nairobi reported having to wait between three and five hours to cast their votes as queues edged slowly forward.

This is Kenya’s most complex election ever.

With six different votes to cast — for president and MP as in the past, plus governors, senators and assembly members in the newly established counties, and finally women’s representatives — the election is the most cumbersome in Kenyan history.

New measures to prevent fraud, including Biometric Voter Registration kits that scan thumbprints and cross-reference them against a computerized database, have also slowed the process down.

At Kirigiti Education Centre in the town of Kiambu, outside Nairobi, there was no power and the computers had run out of batteries so election officers had been forced to revert to manual checking and ticking off of voters. Nevertheless, one-third of the 733 registered voters had cast their ballots in the first five hours.

Away from busy urban centers things moved quicker. At Cianda, deep in the rolling coffee-covered hills north-west of Nairobi, more than half of the 500 registered had voted by noon.

Polls are due to close at 5 p.m. local time but the Independent Electoral and Boundaries Commission (IEBC) which is managing the election says that all those in line by the cut-off time will be allowed to vote. Counting is due to start immediately afterwards.

To win in the first round a presidential candidate must get more than 50 percent of votes cast plus 25 percent of votes in at 24 of the 47 new counties. If there is no outright winner a second run-off is due in April.

With opinion polls putting the two leading contenders — current prime minister Raila Odinga and deputy prime minister Uhuru Kenyatta — neck and neck there will be tense hours, and possibly days, ahead as votes are counted and results announced.