Noise isn't just annoying, it's bad for your health

We've changed what our planet sounds like, but at a steep cost to the natural world -- and ourselves 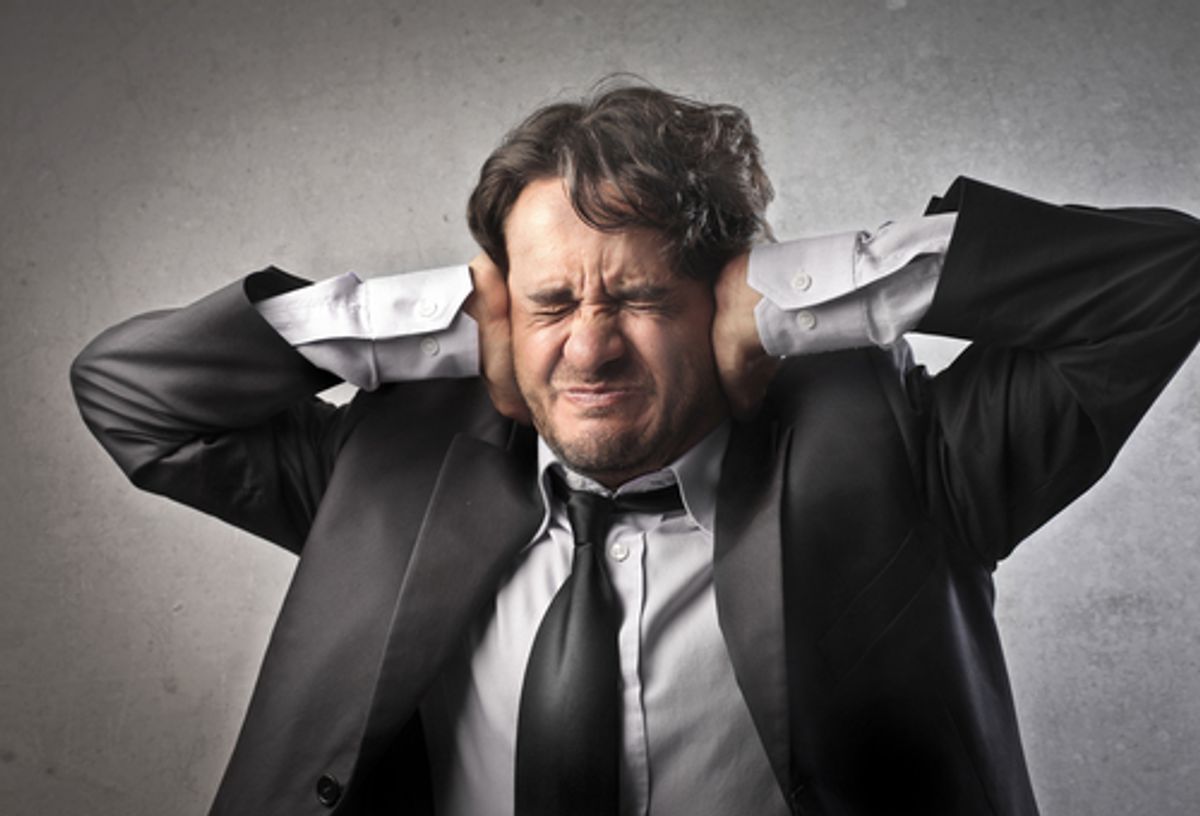 When I last visited Kolkata, India, after a long period of living in the relatively quiet hills of Berkeley, CA, my ears were assaulted by the cacophony of traffic noise from the street outside my parents’ apartment. The daily discordant orchestra of blaring horns, squealing brakes, shouting vendors, and loudspeakers blasting religious songs would start in the wee hours of the morning and go late into the night. It felt like torture: I couldn’t sleep, I couldn’t concentrate on what I was reading, I couldn’t hold a conversation without raising my voice. The din of my increasingly congested birth city seemed to have risen in volume over the years.

This rising din isn’t just a problem in jam-packed India. Across the world – as our numbers swell, as nations get more urbanized, and societies become more technology-dependent – we humans are getting noisier. “Among environmental factors in Europe, environmental noise leads to a disease burden that is second in magnitude only to that from air pollution,” says a 2011 World Health Organization report. In the United States, noise is now the number one neighborhood complaint, beating out crime and traffic, according to the American Housing Survey conducted by the US Census. There have been incidents of noise conflicts leading to violence and even murder.

So loud and persistent are the sounds we create as we go about the business of living that researchers say there is scarcely any place left on land or water that is free of man-made noise. We have changed what our planet sounds like. Yet there seems to be little understanding of just how seriously noise is threatening our natural world – and us. “It’s like this unrecognized growing tsunami of potential impacts; we are growing louder and louder and no one is noticing,” says Dr. Mike Webster, director of Cornell University’s Macaulay Library, the world’s oldest archive of biodiversity audio and video recordings.

There are reams of research showing that noise – commonly defined as unwanted or unpleasant sound – is not merely an annoyance. Like other forms of pollution, it has wide-ranging adverse health, social, and environmental effects.

In humans, noise pollution damages hearing, disturbs communication, disrupts sleep, affects heart function, intrudes on cognition in children, reduces productivity, provokes unwanted behaviors, and increases accidents. “To say noise simply annoys people is to underestimate the effect it has on our mental and physical well-being,” says Manhattan-based psychologist and noise expert Dr. Arline Bronzaft, whose 1970s research on the effects of noise on children’s learning is considered a landmark in the field. Bronzaft points out that noise pollution has as much to do with persistent low frequency sounds and vibrations – such as those emitted by wind turbines, ventilation systems, or electronic devices – as loud and jarring sounds.

The effect of manmade noise is far more profound on the fragile and complex sound systems of the natural world. Oceans, forests, grasslands, and deserts all have their own internal harmonies. Their unique soundscapes carry important messages for marine and terrestrial animals. When humans interrupt those harmonies, birds and animals can suffer.

“In a natural environment, animal voices are created in such a way that each group of critters can hear each other,” says musician and naturalist Bernie Krause, who has spent four decades recording sounds of the biological world, which he calls “biophony.” Krause found that animals divide up the acoustic spectrum so that “birds, reptiles, amphibians, and mammals all find their own niches, their own bandwidths to vocalize in” so that when they issue mating calls or cry out warnings, their voices aren’t masked by the sounds being made by other animals. Human noise, which Krause calls “anthrophony,” disrupts this natural symphony. “The critters have to find new bandwidths they can vocalize in,” he says, “and when they do that it becomes very chaotic and has a great impact on them and causes great stress.”

Biologists have found that some birds in urban areas are finding it hard to hear each other and their young, which impairs chicks’ growth, as they are less likely to be fed, leading to a decline in their numbers. In forests and deserts and plains a range of animals from gleaning bats to frogs to the endangered pronghorns in Arizona’s Sonoran desert are abandoning their habitats in order to escape the noise of chainsaws and low-flying jets. The situation might be even worse under water. Ocean noise has been increasing by about three decibels every decade in the past 50 years due to sonar blasts by navies, shots from air guns used in deep-sea oil and gas exploration, and the thrum of cruise and freight ships. The cacophony disorients and sometimes leads to the death of marine animals, especially whales and dolphins, that rely on their acute and highly specialized hearing for communication, navigation, and detecting predators.

As even the most remote forests and the deepest depths of the oceans are invaded by humanity’s rumble, our world’s natural sound rhythms are going mute. Krause says: “A great silence is spreading over the natural world even as the sound of man is becoming deafening.”

Stay tuned for an in-depth audio report on noise pollution by the Journal and Making Contact at www.radioproject.org.