What should Steve Kornacki wear? 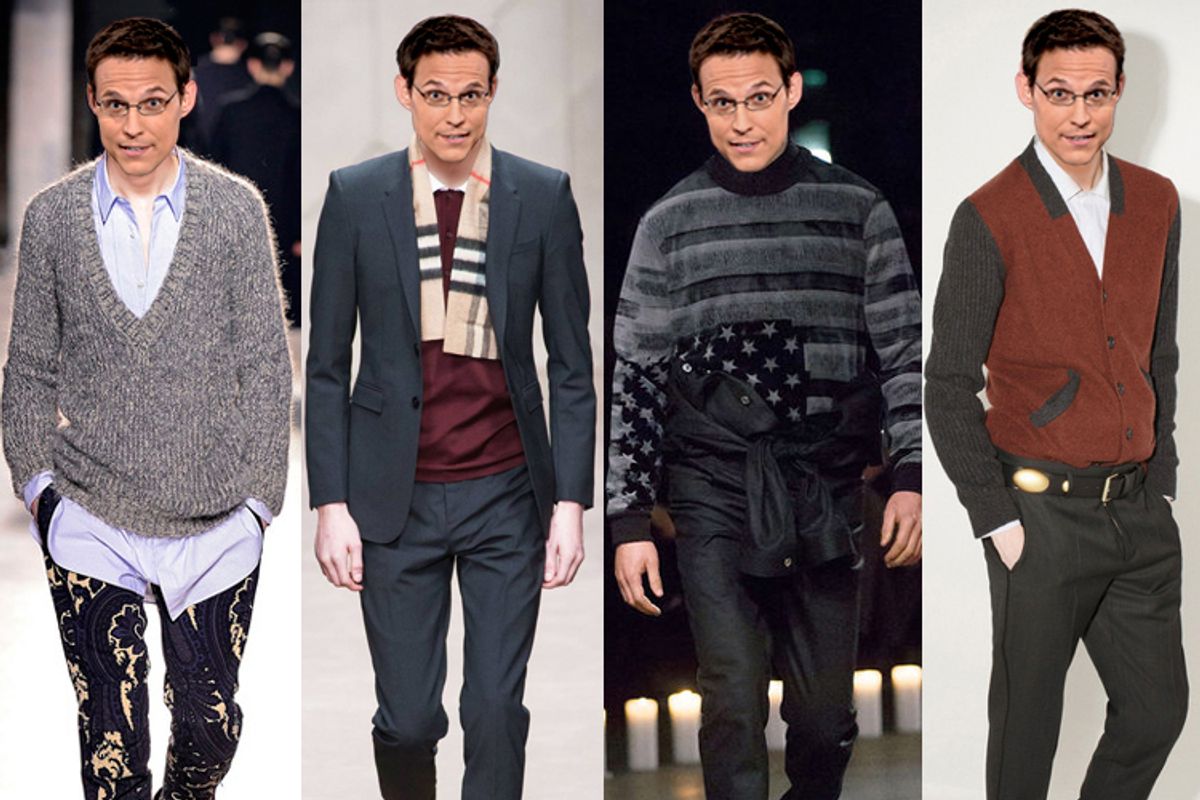 Our magnificent Steve Kornacki was recently busted for wearing the same sweater on "The Cycle," the MSNBC show he co-hosts, by BuzzFeed's Dorsey Shaw.  The Huffington Post then piled on. Steve protested -- they're actually two different sweaters, he claims -- but still. We thought he'd appreciate some outside advice here, and asked our favorite fashion experts to pluck from the recent fall 2013 fashion shows for looks that match Steve's stellar, sparkling intellect.

Here are their choices, below. Vote your favorite in the poll that follows:

1. Clinton Kelly, host of TLC's "What Not to Wear," recommends Dries van Noten:

"It's got a deep V to elongate his face a little. Good for layering other shirts underneath. He seems to like gray but at least this one has some texture. It's classic, comfortable and upscale." “I’d like to note that I think there’s nothing wrong with wearing the same thing often, if not daily, just so long as it’s clean and not a boring V-neck (hopefully cashmere) sweater. Plenty of television men wear variations on the same suit for their shows, and I’d suggest this one from Burberry Prorsum for Mr. Kornacki: It’s trim, universal, and he could lose the accessories – even though those crazy shoes would be a fun joke for hiding under the broadcast table.  A knit polo is a great idea once it soon becomes too warm to wear a real sweater.” "How could anyone complain about seeing a TV personality wearing this look more than once? It would be downright unpatriotic." "Maybe Steve Kornacki should try an inverse color scheme — a colorless shirt with a colored sweater. This Marc Jacobs cardigan in a clay color with contrast sleeves is a good option because it is still an earth tone so even those who don't gravitate towards color (me!) will not feel uncomfortable in this. He should definitely try to become a friend of hardware—buttons, zippers, etc. Since he has a particular look that he is most comfortable in, this is a good way to distinguish one gray sweater from another!"