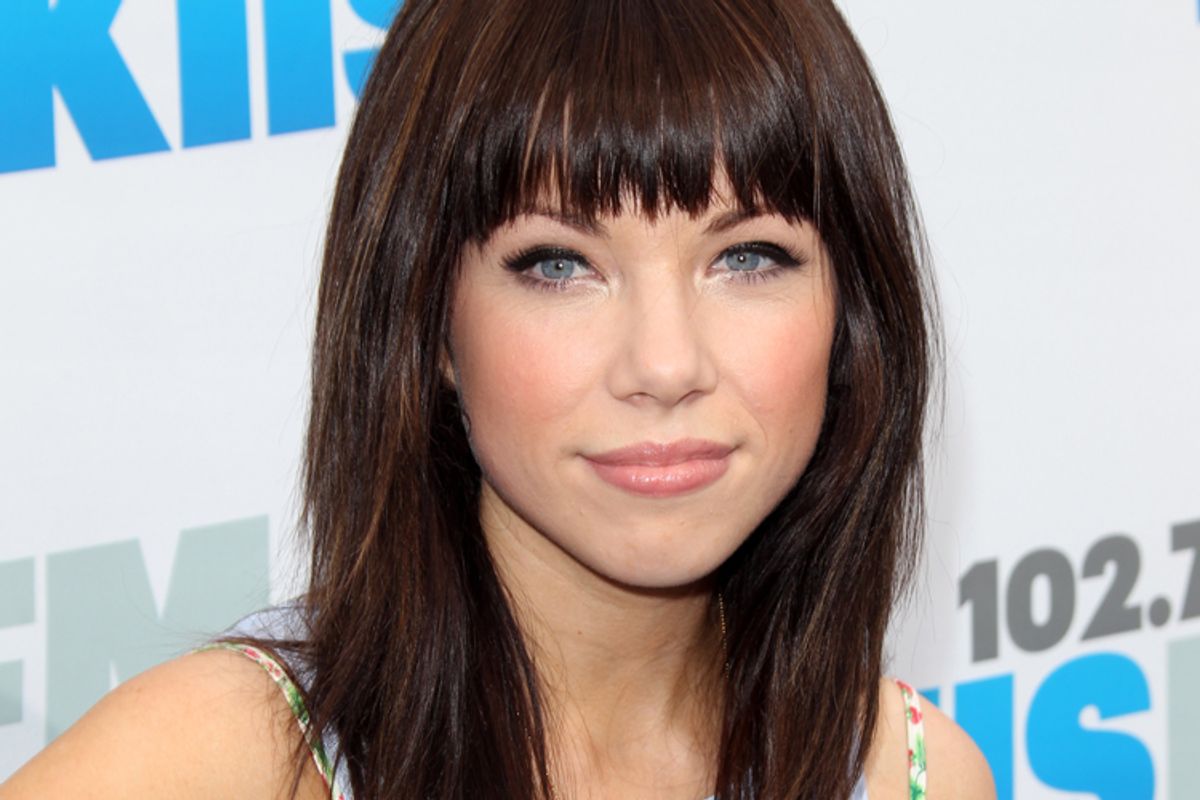 GLAAD has announced via press release that the pop singer Carly Rae Jepsen, famous for "Call Me Maybe," won't be calling the Boy Scouts back; she's canceled a planned performance at this summer's Boy Scouts Jamboree over the Scouts' ban on gay individuals.

The advocacy group is known for leading campaigns directed at celebrities. In this case, that meant lobbying Jepsen and Train (who'd already dropped out of the Jamboree) to cancel their plans to appear in protest of the Scouts' policies disallowing gay scouts and scoutmasters.

The Jamboree is a major, logistically complex event held periodically -- the last "Jambo," in 2010, featured an appearance by the secretary of defense, while George W. Bush gave a speech at the Jamboree in 2005.

Contrasting that to the angry reception a taped message from Barack Obama got in 2010, below, the general political outlook of the Boy Scouts is clear. (In the Scouts' defense, Obama had skipped the event, while Bush showed up.)

There's also the degree to which the Jamboree is a safe space for an idea of old-school masculinity and conservatism. It's not surprising that a singer whose popular music video features a doomed flirtation with an obviously gay love interest canceled on the Scouts; it's surprising, and speaks to the degree the Scouts are unaware that the times have changed around them, that they booked her in the first place. There's time, though: the Boy Scouts have said they will make a decision on whether to allow gay scouts in May, a couple of months before the national cadre of Scouts descend on West Virginia. Train, for their part, has said they will perform if the Scouts change their mind.