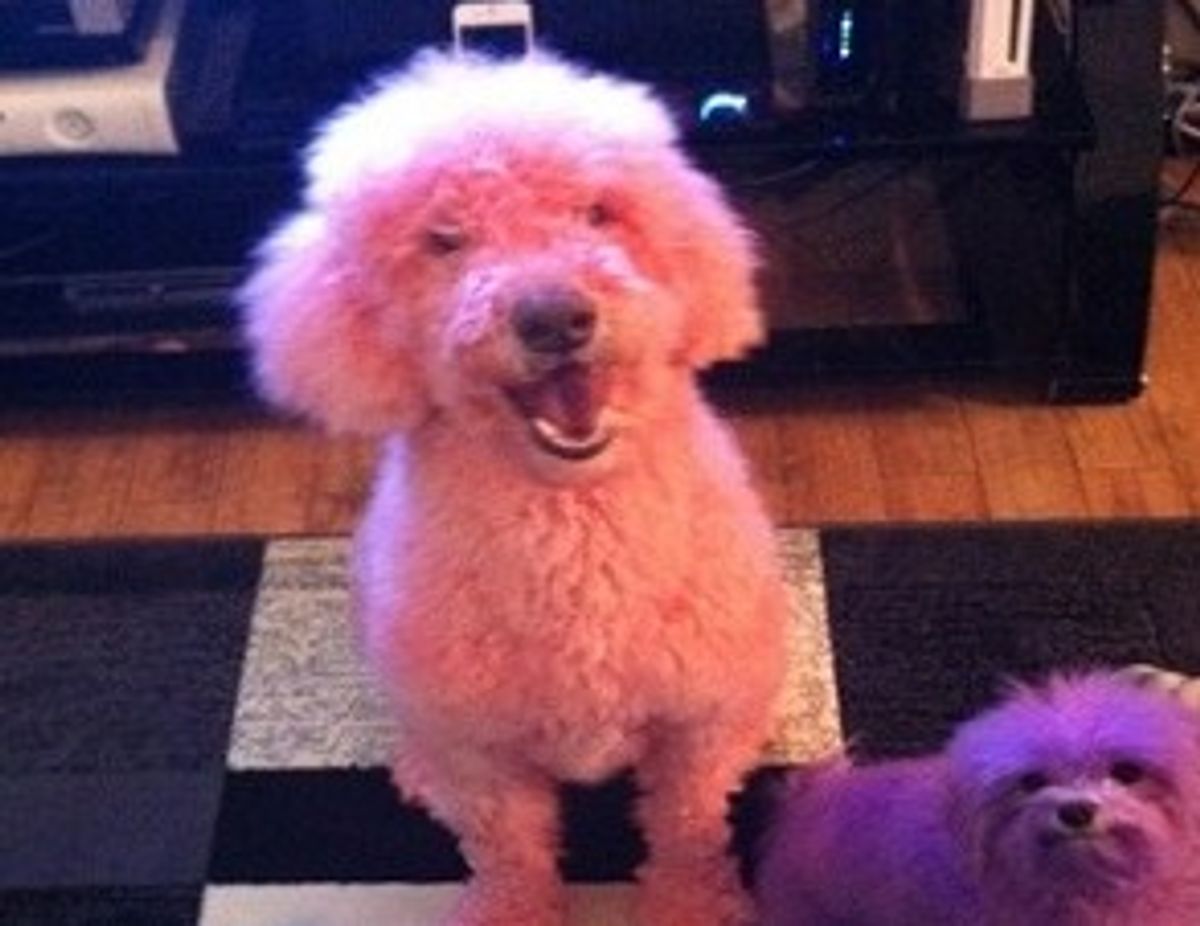 A gay Oregon man was allegedly attacked with a wrench-like blunt object after a passerby was angered by the sight of his dog's dyed-pink fur.

As The Oregonian reports, 26-year-old David Beltier was walking Beauty, his dyed-pink poodle, with boyfriend Jeremy Mark when the 22-year-old suspect George Mason, Jr. began to verbally attack the pair.

"He was saying, 'Your poodle is a weird color and that's just un-American' and 'fuck you, you fags' and shouting," Mark told the New York Daily News.

Mason then allegedly hit Beltier once in the shoulder, and then behind his left ear, with the wrench-like object. Beltier did not require medical attention for his injuries, but told KVTB "Honestly, I'm devastated by it. He could've gone more at it and killed me on that sidewalk."

Mark added, "I'm just thankful he didn't have a more serious weapon like a gun."

Many motorists on the road during the attack stopped to help the couple and made calls for help. Mason returned to his SUV to flee the scene after the attack, but witnesses wrote down his license plate and quickly identified the vehicle to police.

And for those concerned about the poodle, her fur was dyed using Kool Aid packets, according to her owners. The dye is non-toxic and will come out easily after a few washes.