On the 60th anniversary of his death, historians and politicians ponder the Soviet leader's enduring popularity 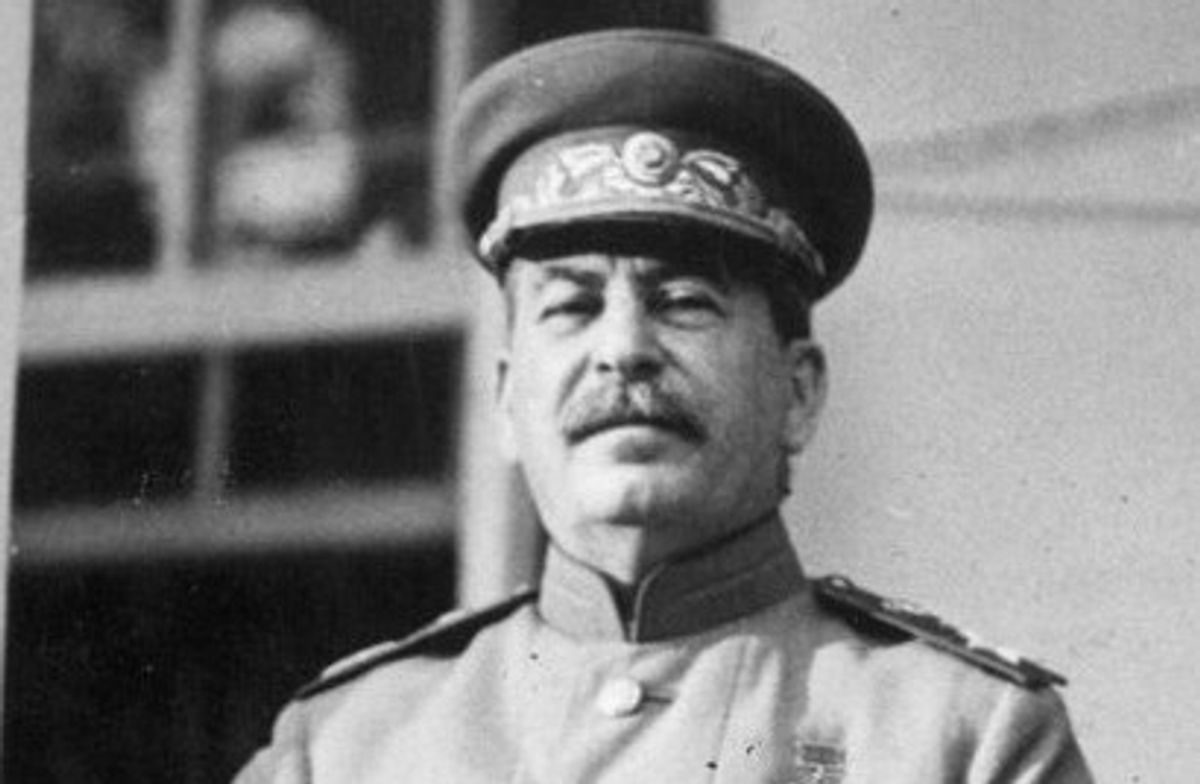 MOSCOW (AP) — About 1,000 devotees of Josef Stalin laid flowers Tuesday at his tomb by the Kremlin wall to mark the 60th anniversary of his death, while experts and politicians pondered the reasons for the Soviet dictator's enduring popularity despite his purges that killed millions.

Communist Party chief Gennady Zyuganov led zealots who lined up at Stalin's grave, praising him as a symbol of the nation's "great victories" and saying that Russia needs to rely on this "unique experience" to overcome its problems.

Stalin led the Soviet Union from 1924 until his death in 1953. Communists and other hardliners credit him with leading the country to victory in World War II and turning it into a nuclear superpower, while critics condemn his repressions. Historians estimate that more than 800,000 people were executed during the purges that peaked during the Great Terror in the late 1930s, and millions more died of harsh labor and cruel treatment in the giant Gulag prison camp system, mass starvation in Ukraine and southern Russia and deportations of ethnic minorities.

An opinion survey commissioned by the Carnegie Endowment found Stalin has remained widely admired in Russia and other ex-Soviet nations despite his repressions. Its authors noted that public attitudes to the dictator have improved during Russian President Vladimir Putin's 13-year rule, as the Kremlin has found Stalin's image useful in its efforts to tighten control.

In particular, Putin, whose professed ideology draws heavily from Soviet statism, has made efforts to give Stalin a more positive historical evaluation. School history textbooks have been released stressing Stalin's role as an "effective manager" of the 1930s Soviet industrialization campaign, though historians express far greater skepticism about his supposed economic achievements.

Liberal newspaper Vedomosti dismissed "the crazy dichotomy of achievements and losses" in an editorial Tuesday. "You can't put economic achievements and human losses side by side, but even if you try, you won't find any justification for the Stalin myth," it said.

Pro-Kremlin lawmakers campaigned this year to rename the city of Volgograd to Stalingrad in commemoration of the battle against Nazi Germany there, widely considered both World War II's bloodiest and its turning point. Most Russians, however, oppose the move and see Stalin's death primarily as the end of an era of political repression, according to a poll by the independent Levada Center published Monday.

Opposition politicians have criticized the government for failing to clearly condemn Stalin's repressions. Grigory Yavlinsky, a liberal former presidential candidate, demanded Tuesday that the government "recognize what happened as a crime" and compensate Gulag prisoners who built some of Russia's biggest industrial enterprises, including metals giant Norilsk Nickel.

Much of the resurgence in Stalin's popularity owes itself to nostalgic perceptions of him as a strong leader in line with Russian traditions, rather than a longing to reinstate Communist dictatorship. One old woman made the sign of the cross after laying flowers at his grave; another carried a drawing of him in the style of Russian Orthodox Christian icons.

A surprisingly large number of Russians even believe that Stalin had mystical powers. As recently as 2003, about 750,000 people voted for a party that aimed to continue what it said was Stalin's attempt to battle the ancient Egyptian priesthood of Ra, which supposedly runs the world from its base in Switzerland. Zavtra, a newspaper run by a popular novelist and columnist, frequently runs pieces like one from about the same time predicting that Stalin would return from the dead and saying that "if you put your ear to the Volga steppe outside Stalingrad you can hear his footsteps."

In 1989, at the peak of Soviet leader Mikhail Gorbachev's efforts to liberalize the country and expose Stalinist crimes, only 12 percent of Russians polled described Stalin as one of the most prominent historical figures, while in the Carnegie poll last year, 42 percent of Russian respondents did so.

The poll revealed that the dictator also has continued to enjoy wide popularity in his native Georgia, where 45 percent of respondents expressed a positive view of him. Efforts to shed the nation's Soviet legacy by Georgia's pro-Western President Mikhail Saakashvili have failed to change public perceptions of Stalin.

Georgian communists, who flocked to Stalin's hometown of Gori for the anniversary on Tuesday, hope that the government of Prime Minister Bidzina Ivanishvili, whose bloc defeated Saakashvili's party in parliamentary elections last fall, will restore the Stalin monument torn down on Saakashvili's orders.