Was an ex-girlfriend trying to out Whitney Houston?

The FBI released decades' old files: The singer was allegedly being blackmailed by a "friend" 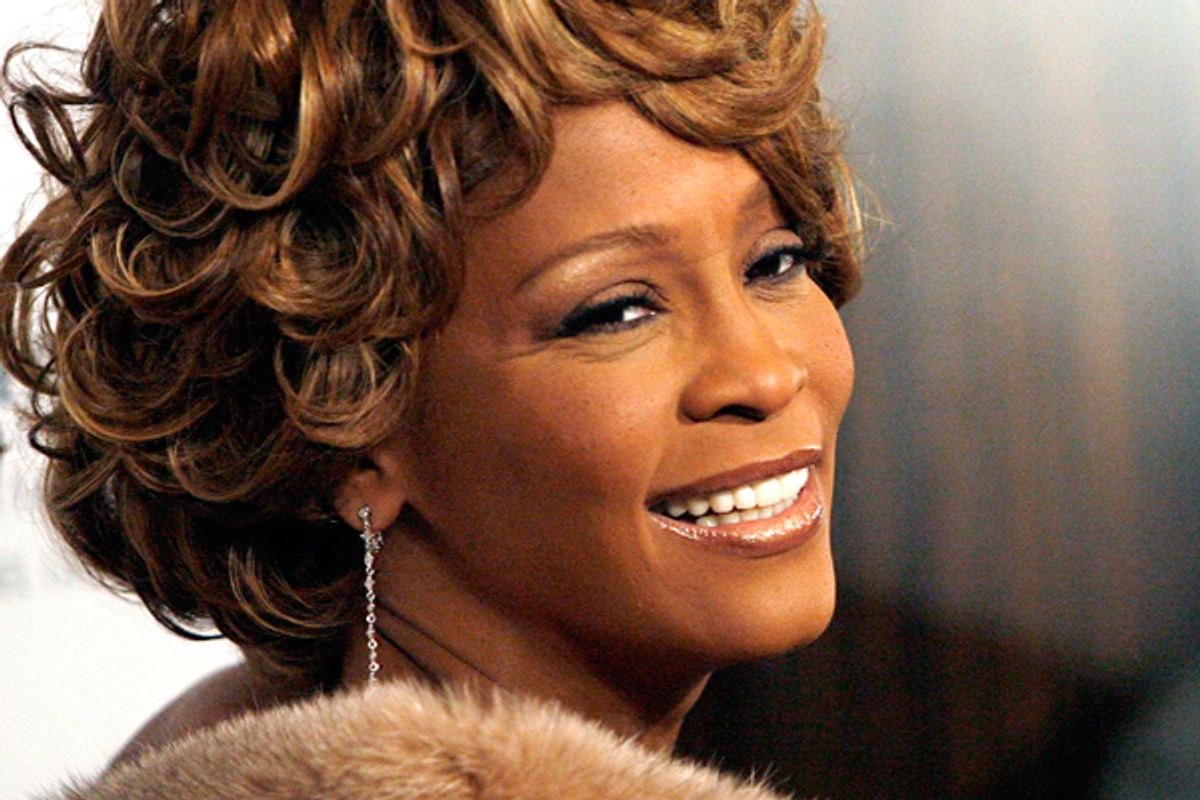 As if it weren't enough that she had an overbearing mother who shooed away her best friend (and possible girlfriend), an erratic husband, and an out-of-control drug problem, the troubled late singer Whitney Houston was also battling a crazed fan and a blackmail plot that threatened to expose personal details about her private life, it was revealed on Monday, when the FBI released and posted 128 pages from its file.

The FBI file on the cases — which were opened at the pinnacle of the Grammy winner's career — was released through a Freedom of Information Act request, reports Reuters, documenting over a decade's worth of threats against the singer, from 1988 to 1999. The pages, however, are so heavily redacted — names and details — that they're nearly inscrutable.

Included in the file are a number of letters from obsessed fans, including love letters written by a man from Vermont, who wrote in 1988, "I start to shake ... when I think about you," and claimed that, "Over the past 17 months, I have sent … 66 letters to Miss Whitney ... I have tried to stop writing the letters and to give up twice but after a few weeks I had to start writing again … I have gotten mad at [Whitney] a few times [for not replying] … it scares me that I might come up with some crazy or stupid or really dumb idea … I might hurt someone with some crazy idea," reports The Guardian. The FBI interviewed the man, but concluded that he was harmless and hadn't broken any laws because, according to Reuters, he would have only hurt Houston's reputation by publicly declaring his love. They also dismissed another correspondent, who not only claimed he'd written some of Houston's songs — but that he was the president of Europe and had purchased Brazil for $66 billion.

In another instance, an unidentified Chicago lawyer wrote to Houston's New Jersey-based production company in 1992, trying to extort $100,000 — which was then upped to $250,000 — when he said his client planned to "reveal certain details of her private life … to several publications."  The FBI declared it extortion — agents then met with the singer and her father. Houston told them that the woman making threats was "a friend … [who] would never do anything to embarrass her," so the officers closed the case. Even so, the singer's father took matters into his own hands, and apparently sent the blackmailer a confidentiality agreement and an unknown sum of money to quiet her.

Whitney Houston died on February 11, 2012, at 48, after drowning in a hotel bathtub in Beverly Hills, California.