The president leaves behind a country in deep economic and political crisis. What's next for the Venezuelan people? 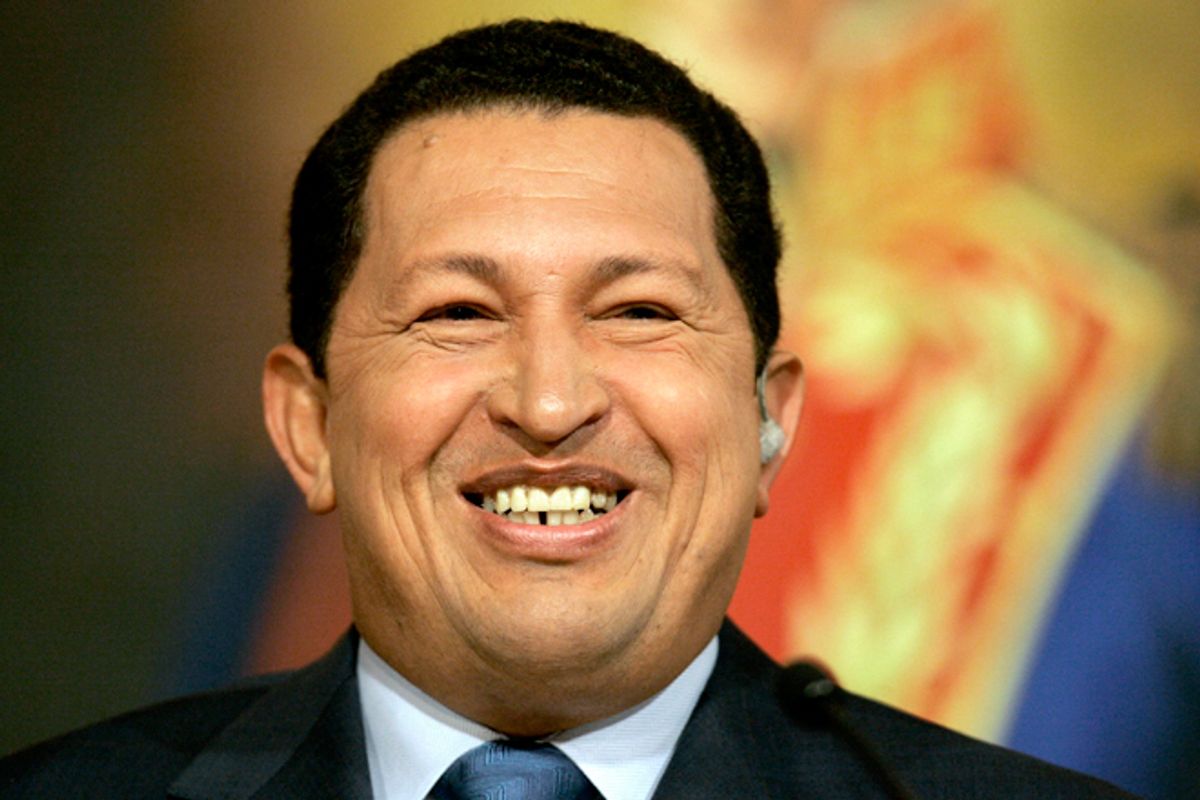 The 58-year-old leader played a major role in shaping the region's politics, and economics. He burst from the shadow of his mentor, Fidel Castro in Cuba, to forge a revolution of his own in Venezuela and to become what some consider as great an irritant to Washington.

Chavez’s anti-American vitriol, heightened during the presidency of George W. Bush, peaked at the United Nations in 2006 when he described Bush as Satan.

Chavez vowed to end years of Venezuela’s corrupt rule, soaked in the country’s oil wealth. Yet it didn’t take long for his critics to accuse him of committing the same old offenses, and new ones.

To call Chavez’s impact polarizing would be an understatement, both on the world stage and domestically. His opponents described him as a “monkey” at Venezuelan dinner parties. Many of his supporters, on the other hand, had what appeared to be a blind faith in “El Comandante.” On watching Chavez announce his own cancer on television in a bar in central Caracas, one supporter immediately said it was a lie, dreamt up by the opposition.

Once a fiery and omnipresent force, Chavez had not appeared in public for about three months while receiving treatment in Cuba and then Caracas. It was that cancer — he never specified what kind — that finally killed him.

He had only just won re-election, last October, which set him on course for a staggering two decades of rule atop the South American country with the world’s biggest crude oil reserves.

On the campaign trail, he’d said he had beaten his cancer.

But by early December, his illness had become so severe that, for the first time, he publicly announced a preferred successor, longtime ally Nicolas Maduro, should he be unable to continue governing.

The constitution mandates an election be called in 30 days. Some analysts say Maduro, a former bus driver, is likely to win and steer Venezuela along the leftward path set out by his late friend.

Chavez grew up in Barinas state, part of Venezuela’s wild marshlands, famous for cowboys and rebellious heroes. These were the boy’s childhood idols, as he grew up with grandmother Rosa Ines in her mud hut in Sabaneta, about 250 miles from Caracas. He remembered her and Sabaneta fondly throughout his life, especially toward the end when he made teary-eyed speeches from his hometown.

There was no refrigerator, running water or indoor bathroom in his grandmother’s house. The young Chavez would sell his grandmother’s sugarcoated “spiders” fashioned from papaya strips to friends at school to make money.

“At Rosa’s side, I got to know humility, poverty, pain, sometimes not having anything to eat,” Chavez once said, according to Bart Jones’ biography “Hugo!”

“I saw the injustices of this world …. I learned with her the principles and the values of the humble Venezuelan, those that never had anything and who constitute the soul of my country.”

Chavez left for Caracas not with aspirations of politics but rather baseball, brought to Venezuela by US oil workers in the 1920s. The military academy in Caracas he joined at age 16 was a stepping stone to the game.

However, that quickly changed as the academy instilled a love of history, which Chavez would read voraciously. He grew attached to, perhaps obsessed with Simon Bolivar, the Latin American independence hero. He would later fashion his revolution in Bolivar’s name as well as rename the country the Bolivarian Republic of Venezuela in his honor.

Eventually promoted to lieutenant colonel, Chavez became friends with leftist officers who were disaffecting against the government of Carlos Andres Perez. Together, in 1992, they tried to overthrow Perez.

They did not succeed, but Chavez’s television appearance announcing the failure catapulted him into the nation’s psyche. “We have failed, for now,” he said, dressed in military fatigues and trademark red beret. Those last two words — “por ahora” in Spanish — made Chavez a hero for many disaffected people in Venezuela. Chavez was hauled off to prison.

“The rebellion of Feb. 4 was a historical necessity,” Chavez said, marking the anniversary of that date this year. “Only by way of the revolution could we emerge from the abyss.”

But six years after Chavez’s failed coups, Venezuelans voted him in democratically as president, and soon gave him 80 percent approval ratings.

His personality came to the fore. The now infamous Sunday daytime television program, “Alo Presidente,” began to air in which Chavez would talk, sing and do anything he pleased for hours on end.

The middle classes who initially supported Chavez quickly became disillusioned as his government grew closer to Castro and other controversial allies and moved to nationalize key industries.

Things came to a dramatic head in 2002 when military officers attempted a coup that ousted Chavez from office for about 48 hours. Coup and counter-coup paralyzed Venezuela for three days, within which Pedro Carmona was sworn into and resigned from the presidency.

The same year, oil workers went on strike, crippling the country’s economy. The government's response: it fired thousands of them.

Having survived that year’s turmoil, Chavez’s oratory and persona became insurmountable, his speeches often lasting hours. His social missions, providing health care, food, education and a host of other benefits, made him a hero to the poor. These are expected to be the upside of Chavez’s lasting legacy.

Charges of corruption, human rights abuses and stifling of press freedom will cloud that legacy. On the international scene, critics point to his friendships with the world’s pariahs, including Iranian President Mahmoud Ahmadinejad, Libya’s former “liberator” Muammar Gaddafi and Syria’s Bashar al-Assad.

Another leitmotif — religion — appeared through Chavez’s life, which accentuated as his cancer spread.

A year ago, as he rode in an open-top motorcade to the Caracas airport en route to cancer treatment in Havana, Chavez’s vehicle was plastered with an image of Christ.

“I dreamt a while ago of Christ, who came and said, 'Chavez, rise, it is not time to die, it's time to live,'" the socialist maverick said, before boarding the plane. “I'm a human being. I'm not immortal,” he said.

“Independent of my personal destiny, this revolution already has its own momentum and will not be stopped."