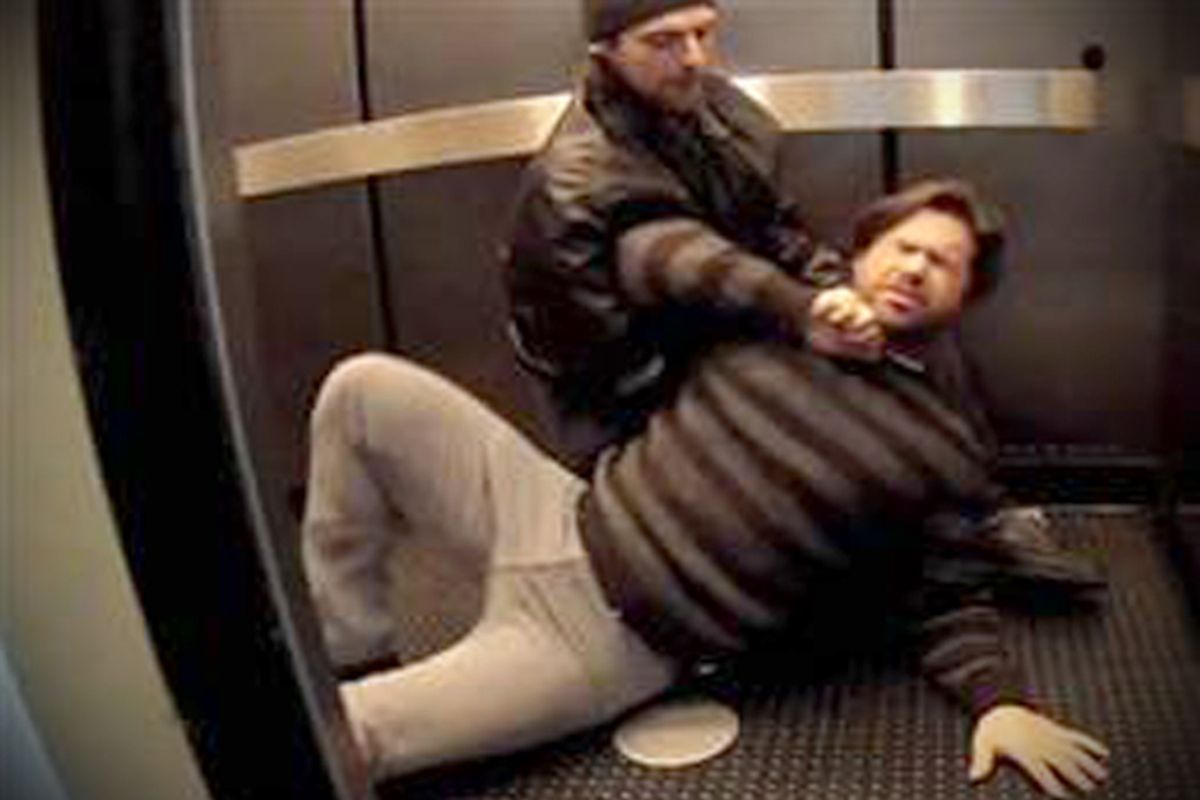 Some films can't just rely on a trailer.

Thinkmodo, the advertising company enlisted by the makers of new action film "Dead Man Down," produced a bizarre YouTube video in which non-actors prepare to board an elevator; when the door opens, it reveals two men brutally fighting inside the tiny space.

The reactions of the bystanders range from terrified to sanguine -- one fellow records the action unfolding before him with a phone. Turns out that may have been the most appropriate reaction, given that the terrified folks encountering this fight were all being taped without their knowledge.

"Dead Man Down" is a story about a woman out for revenge against a mob boss; the trailer features all sorts of mayhem. But it lacks the real-world frisson of the so-called viral video putting viewers vicariously in the position of characters. And "Dead Man Down's" advertising technique is hardly revolutionary. Cartoon Network's president was forced to resign in 2007 after his marketing teams planted LED devices throughout Boston to market the show "Aqua Teen Hunger Force," leading to a city-wide bomb scare. And the marketing for "The Last Exorcism" featured videos of unwitting Chatroulette users (remember Chatroulette?) screaming in fright after being confronted by a demonic creature.

When "viral" advertising works -- witness the successful campaign for "The Dark Knight Rises" across the Internet in 2012, or, in 1999, the campaign that alleged "The Blair Witch Project" was a depiction of true events -- it can build excitement among a vociferous fan base. When the campaign needs to build from whole cloth excitement for a project among an ever-more-sophisticated audience, though, the sort that wouldn't fall for a "Blair Witch" today, it can overreach. The shock value of the "Dead Man Down" video has little to do with anything but itself.