Do guns or people kill people?

The question shouldn't focus on who to blame, but on how to solve the problem 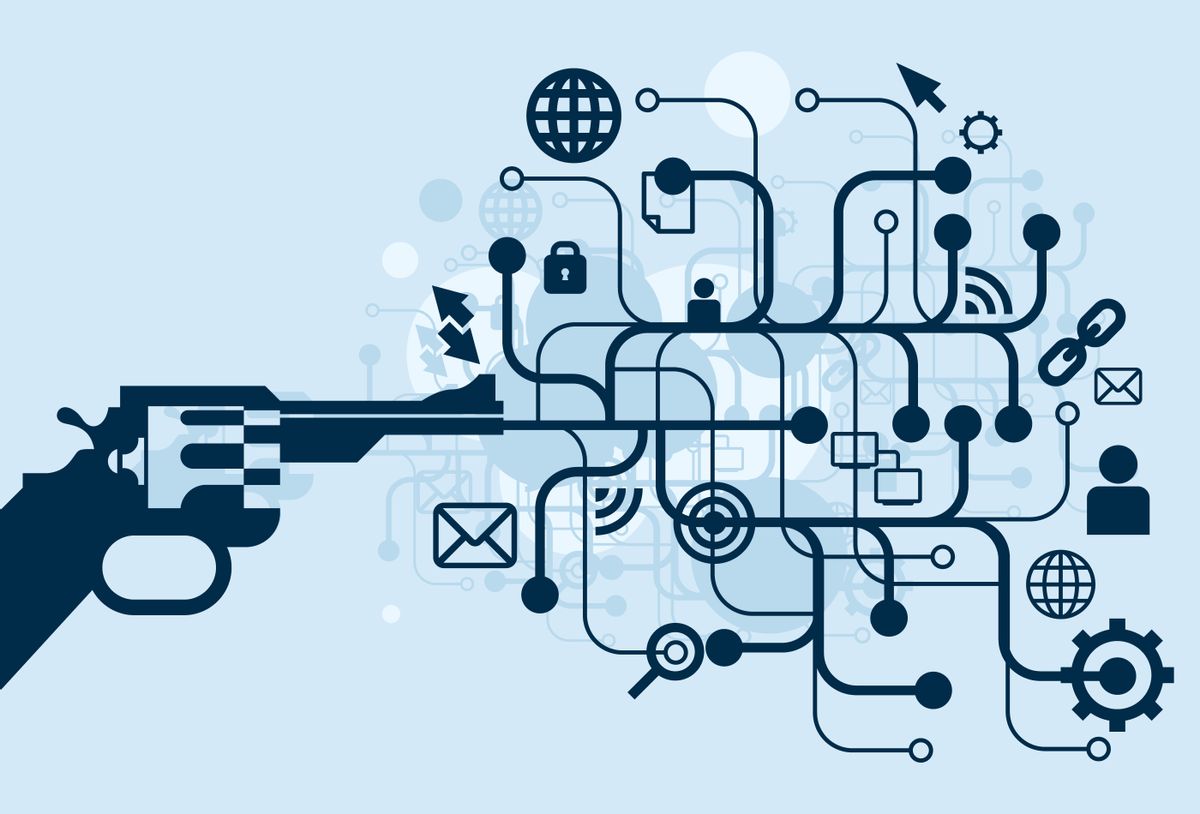 I’m going to ask you a stupid question.

Suppose you’re walking down a hallway in an unfamiliar building. At the end of the hallway, you come to a door with one of those D-shaped aluminum pull handles, the sort one encounters when exiting a public restroom. Completely missing the tiny “PUSH” on what appears to be a miniscule sticker to the right of the handle, you end up yanking yourself toward the door, tragicomically bashing your face into edge of the frame, leaving a bruise in the center of your forehead.

Now, the question: Is that bruise your fault or the door’s?

I guess that’s the wrong thing to ask someone who has just concussed themself. “Are you okay?” might have been a better start. But the question of blame in this situation makes an interesting toy example for analysis, because whenever there’s a debate over a problem that’s perceived as technologically mediated it has a way of getting mangled into exactly these terms.

Do guns kill people or do people kill people? Is it television or bad parenting that’s destroying the American family? Were the Fukushima meltdowns a man-made disaster or are nuclear reactors inherently unsafe? These questions all spawn from the same worn-out false dichotomy about the political nature of technology: is the problem us or it?

You could pick any of a handful of ways to construe those questions as malformed or meaningless, and in a sense you’d be right. If they were supposed to be logical queries about ethics or causality, then they’d be poor ones. But the trouble with that mode of criticism, beyond being boring, is that it makes the usual mistake of seeing language as a tool for representing the world rather than for working on it.

What’s more interesting is the staying power that the discourse of responsibility still has in these debates. There’s a widespread obsession with adjudicating fault in the various dysfunctional relationships that modern society has developed with inanimate stuff. Why do we keep talking like that? One could come up with any number of speculative explanations; I’ll hazard two.

Explanation number one is just every human’s habit of anthropomorphizing any damn thing given half a chance: animals, hurricanes, coffee makers, you name it. Especially if it’s an object or system with complex behaviors that are difficult to understand in purely mechanistic terms, we’ll attribute pretty much any entity with a range of humanlike properties including praiseworthiness and blameworthiness.

This is why we yell at our computers. At its extreme, this view of technology develops into the cagey animism of theorists like Jacques Ellul, who in 1954 was already insisting that human autonomy had been supplanted by theautonomy of the machines.

These animistic responses are typically semi-conscious kneejerks that few would endorse outright, but they often surface in language about technology, and they help feed everyone’s favorite reaction: the libertarian anthropocentrism that asserts that only individual human decisions are politically relevant, with no concern for how those decisions themselves are shaped.

The second explanation is that the language of responsibility is rhetorically expedient. It’s a time-honored trick: deploying metaphysics as a stealth laundering of tactics. A question about what to do (“Should the state further limit access to firearms?”) is repackaged as a question about the nature of existence (“What sorts of entities qualify as causal actors?”). In skilled hands, this device restricts the evidently possible solutions to whatever the speaker already wanted, while endowing those predigested options with the apparent necessity of a logical deduction. It works brilliantly and has never gotten old.

That’s not to say that blaming problems on things is inherently deceptive. Insofar as exactness in language is impossible to achieve and awkward to attempt, a little expedience can be a good thing. It’s just important to keep in mind that any talk of responsibility is ultimately shorthand for advocating or condemning particular future courses of action.

The blame-the-stuff rhetoric is actually quite helpful in some cases. Take the door handle described above. That particular example, the door that sends mixed messages about whether it wants to be pushed or pulled, became the textbook emblem of bad communication in design through Don Norman’s classic Psychology of Everyday Things. Norman earned a reputation as Arch-Curmudgeon of the design world by excoriating shitty product after shitty product, but it worked out well. His ideas have improved the safety and convenience of technologies from ovens to computer networks.

As a cognitive scientist, Norman researched technical screw-ups. He observed people “making errors – sometimes serious ones – with mechanical devices… computer operating systems… even airplanes and nuclear power plants.” What he found is that guilt interferes with improvement, that people will invariably “either try to hide the error or blame themselves for ‘stupidity’ or ‘clumsiness,’” and as a result no one calls for better designs that could have prevented the problems in the first place. Norman’s great contribution to design discourse has been to shift the blame to the things, and demand that they be fixed.

The same technique can be applied more or less clumsily, as shown by my diatribe against chairs from last year in which I railed on for 2000 words about the evils of a ubiquitous object and then gave very little advice for actually doing anything about it. I’d have done better to take another tip from Galen Cranz, whose seminal critique of chair culture The Chair was an invaluable source, and at least given more detailed suggestions.

You are, for instance, better off with a design constructed from flat planes that don’t inhibit movement than with one that resembles a hyper-ergonomized body sling.

Essentially, since blame points in a direction, it can be useful to locate our problems outside ourselves – in our furniture, in political economy, or in anything else that might be changed to improve the situation.  In this respect, Norman’s ideas about bad design run parallel to the social theory of Renata Salecl, who has argued that self-blame is a major inhibitor of social change.  If we are the problem then any talk of solutions is a non-starter.

So, the answers: guns do kill people; fuck signs on doors.