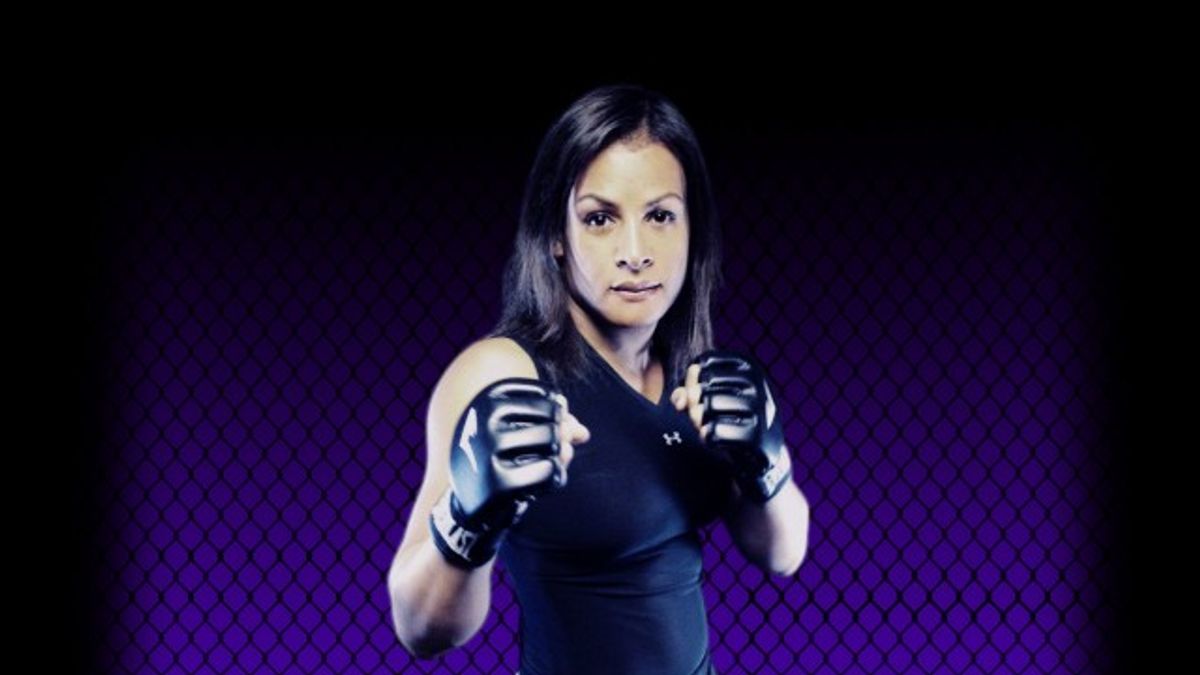 Fallon Fox is 5-foot-7, 144 pounds and totally, utterly ripped. She is a mixed martial artist who goes by "The Queen of Swords" while in the ring. She kicks asses, often quite literally, for a living. In her most recent MMA match, she KO'd Erika "Pitbull" Newsome in 0.39 seconds flat with a knee to the face. After a quick succession of wins, she has her sights set on entering the women's Ultimate Fighting Championship.

She also happens to be transgender.

Fox was born a man, but came out as trans 10 years ago by telling her parents that she was born in the wrong body. Their response was to inform her that she wasn't transgender, only a "confused" gay man, an assessment that landed her in so-called gay conversion therapy. When the sessions ended, Fallon ceased contact with her parents and began hormone treatments. She started her transition to live as a woman a decade ago. Soon after, she had gender reassignment surgery.

In her mind, in her body -- and in the ring with her opponents -- Fox is a woman. An insanely strong, ass-kicking, ultimate-fighting woman.

But as Cyd Zeigler wrote Tuesday for Outsports, "The professional MMA fighter who's been tearing through opponents has been a woman to her training partners and opponents for the last five years. Now, due to circumstances beyond her control, she's being forced out of the closet well before she was ready."

A reporter called her on Saturday asking about her transgender history, and Fox made the decision to come out to Sports Illustrated on Monday. Now, her license approval is under investigation by Florida's Department of Business and Professional Regulation. "Our department is currently investigating allegations pertaining to the information provided on [Fox's] application," Sandi Copes Poreda, director of communications for the DBPR, which oversees the Florida State Boxing Commission, told Sports Illustrated.

Though she has solid legal ground to stand on, and meets the International Olympic Committees' standards for trans athletes, Fox is worried that her career in MMA, and her hopes of entering the UFC, may be in jeopardy. "These past six years, people have seen me as a woman, not a transsexual," Fox told Outsports. "People in the gym, people I train with, it's been great, it's been awesome. I'm just a woman to them. I don't want that to go away. It's unfortunate that it has to."

While Fox waits to hear if the Championship Fighting Alliance will allow her to keep fighting (and as Outsports notes, it's likely that they will), she remains concerned about stigma she'll face after coming out. And the possibility that other women won't step into the ring with her, fearing that Fox's transgender history has given her an "unfair" fighting advantage.

But, to be frank, that's total bologna.

The Unified Rules of MMA clearly outline the weight class divisions that rank fighters, and Fox is part of the featherweight division, along with other women who are between 135 and 145 pounds. And, like the Olympics, many other athletic organizations have rules governing the fair participation of trans athletes. Per NCAA guidelines, a transgender woman can play on a women's team after a year of testosterone suppression therapy. Fox has been hormonally female for a decade now.

Leaving aside the fact that all men are not inherently born stronger than all women, any hormonal advantage Fox may have possessed from her history as a biological male has been out of her system since well before she began training.

Fox is a super-buff, terrifyingly aggressive and strategic fighter not because she was born a man -- but because she does it for a living. And it's likely that if the CFA clears her to fight, Fox's opponents will see that, too. So "The Queen of Swords" will likely continue to knee women in the face (and, probably, get her fair share of knees to the face), just as she's always wanted. And her presence in the ring may also change the culture of ultimate fighting, and clear the way for trans athletes in other sports, too.

"With a little more education," she told Outsports, "they might be able to see that they're wrong. I'm not the only one who's been dominant."