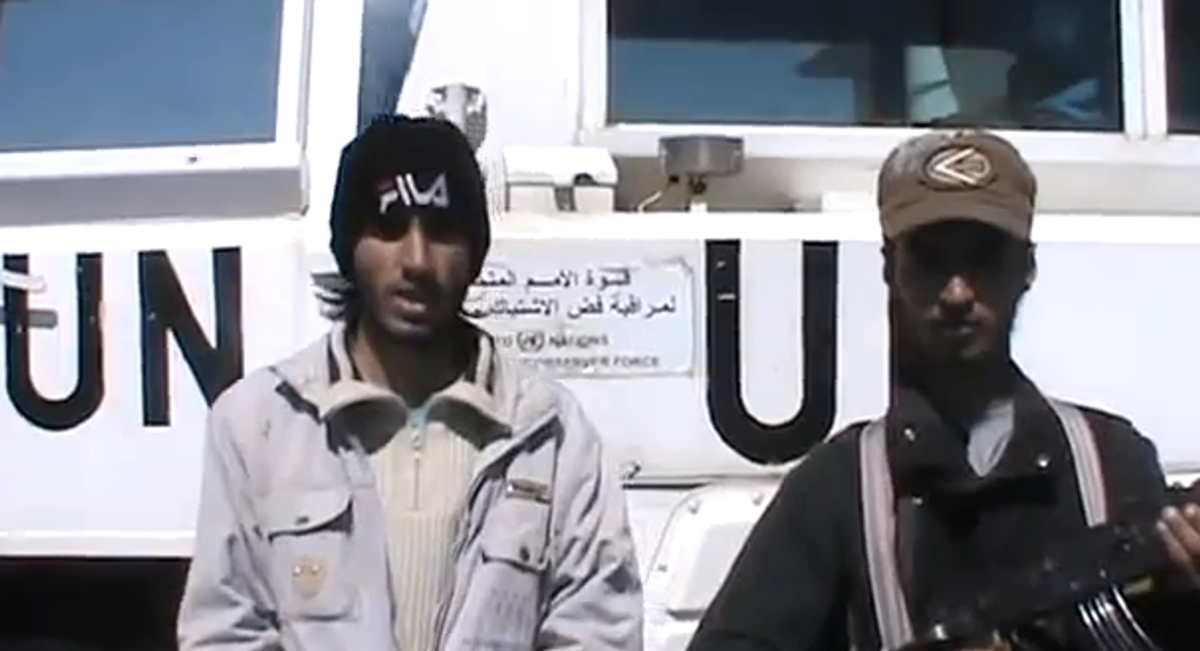 As the New York Times noted, "it was the first time that members of the Golan peacekeeping mission, officially known as the United Nations Disengagement Observer Force, had been detained by any of the combatants in the Syrian conflict, although the Golan region has been periodically affected by armed clashes and occasional artillery or mortar bombardments that have become a source of concern to Israel."

As Reuters reported, Israel has warned that it will not "stand idle" as Syria's civil war spills over into the Golan region. Israel has already admitted launching a number of airstrikes across the Syrian border and near Damascus over the past months.

A video posted on YouTube (see below) by a group identifying itself as the Martyrs of Yarmook featured U.N. vehicles (although no actual hostages) and claimed responsibility for the kidnapping. The group said the peacekeepers would be held until Syrian government forces had withdrawn from the area.

Earlier this week, the Syrian conflict seeped across Iraqi borders when more than 40 Syrian soldiers seeking refuge in Iraq were killed in an ambush, reportedly by al-Qaida members in Iraq. Meanwhile the, civil war's expansion into neighboring nations in the form of displaced populations reached a grim milestone Wednesday: the number of refugees who have fled Syria had reached 1 million.