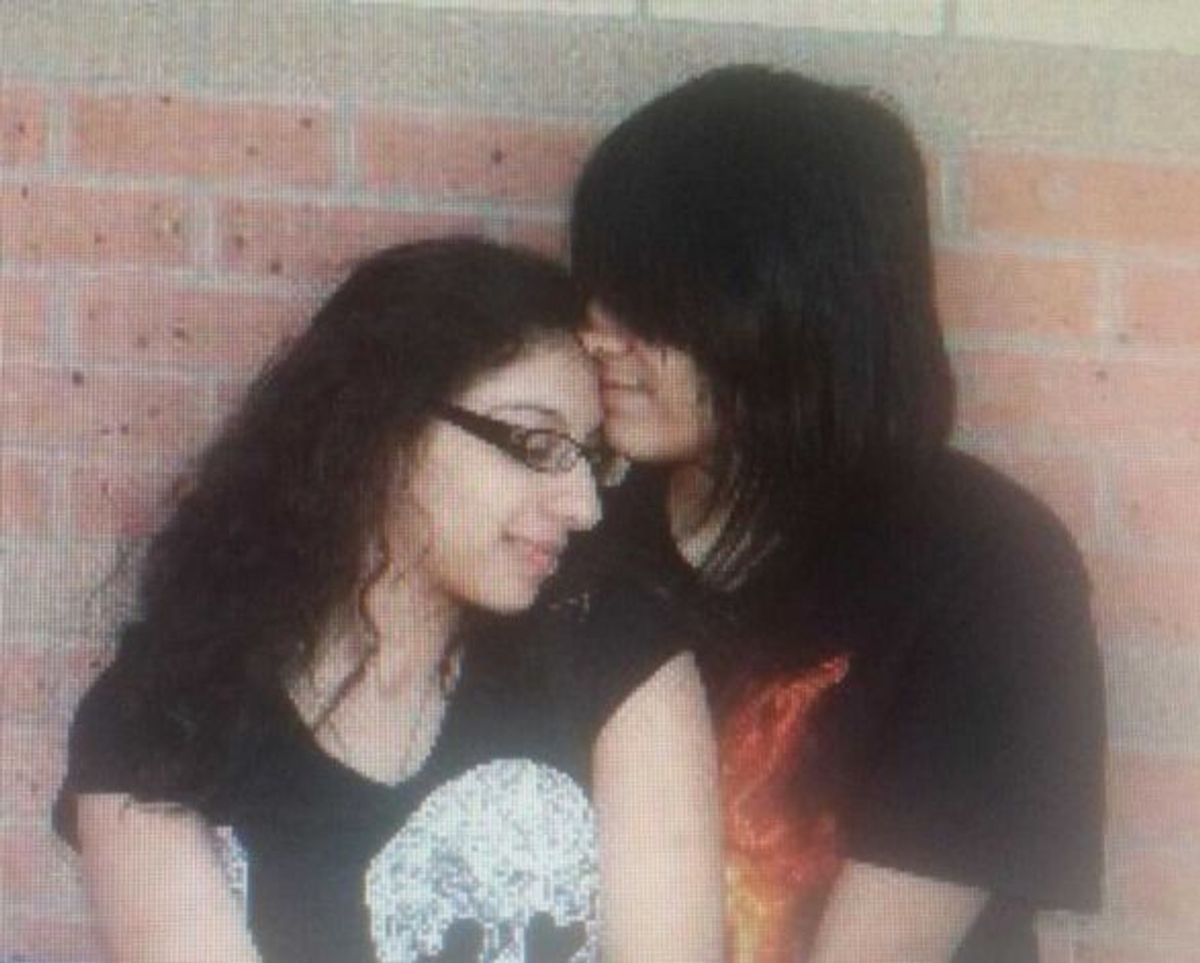 A student at Brennan High School in San Antonio, Texas, has started a petition to protest her yearbook supervisor's decision to censor a photo depicting her cuddling with her girlfriend.

Felicia Rivera says the Valentine's Day-themed page featured photos of six other straight couples, and she believes her submission was removed from the book because she is gay. “They claimed that they have nothing against gay rights, but are scared of how much criticism the school would get and how parents of straight people would refuse to buy the yearbooks,” Rivera wrote in her petition against the move.

But school district spokesman Pascual Gonzalez said that it's the photo itself, not the couple, that violates the school's code of conduct.

“It's just an intimate picture; there's no eye contact, they're both looking down. It looks like a pretty intimate moment,” Gonzalez told MySanAntonio.com. In the photo, Rivera sits with her arms around her girlfriend, resting her nose and lips on her girlfriend's forehead.

She says the photo didn't raise any eyebrows -- until her yearbook supervisor realized it featured Felicia and her girlfriend. Rivera's face in the picture is obscured by her hair. "The teacher was perfectly fine with the picture until she found out it was two girls," she told the New York Daily News. "It's not right."

This is the second time in less than a week that a gay couple's public display of affection has made headlines. On Saturday, a California couple was kicked out of a mall for holding hands and kissing. And like the mall canoodlers, Rivera's yearbook debacle raises the question: Is it PDA -- or gay PDA -- that's being censored here?

Rivera's father, Felix, plans to find out. On Wednesday, the elder Rivera met with Brennan's principal, Gerardo Marquez, to discuss his daughter's presence in the yearbook. He plans to go through it “page by page” to make sure there are no heterosexual couples depicted in a similar way.

“I would be perfectly fine with this,” he said, “if you can show me a picture of another gay couple somewhere in the book.”

Rivera has also asked school administrators if the yearbook would include a photo of his daughter and her girlfriend looking straight ahead and into the camera. He has yet to receive a response.