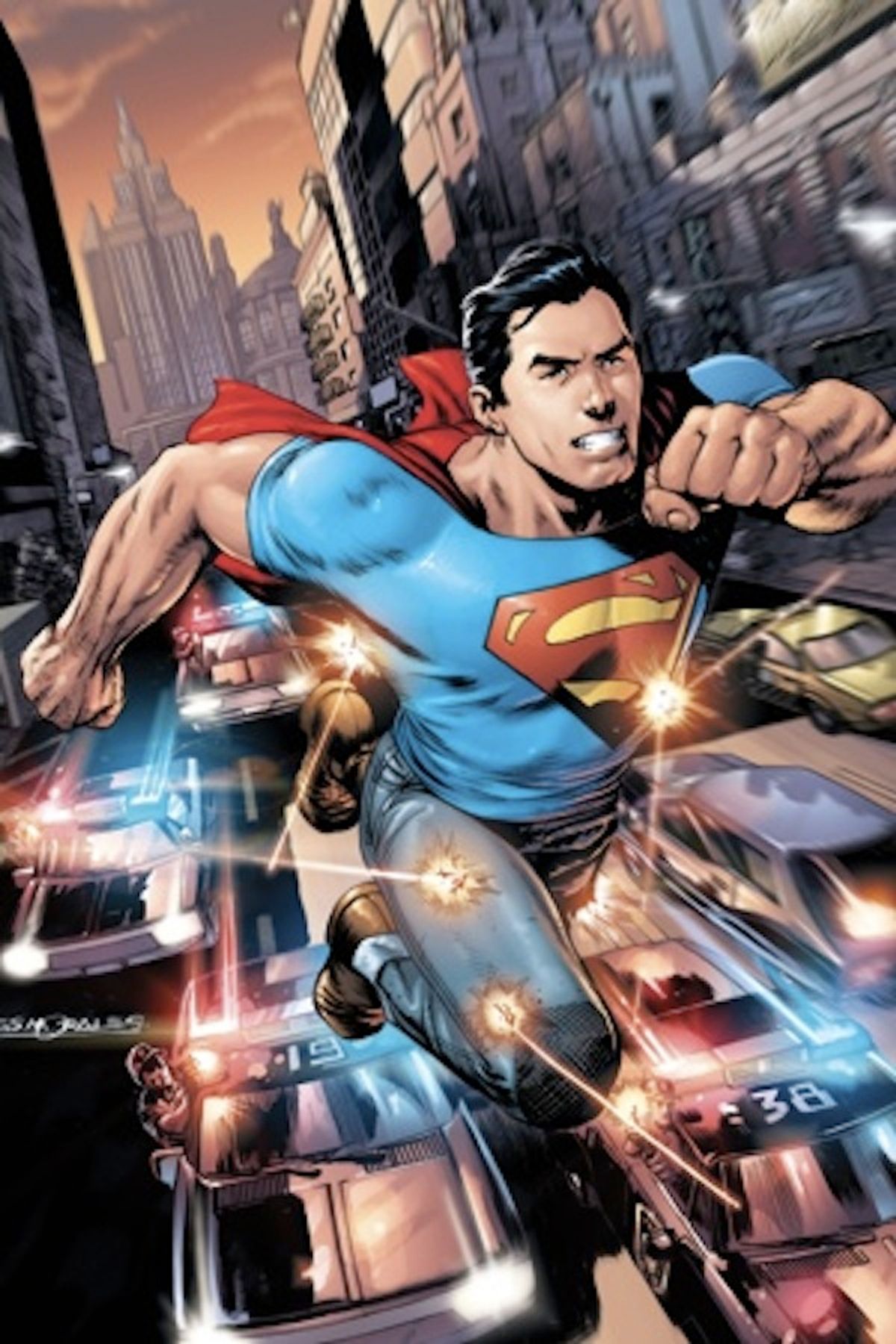 Real-world politics have entered the Art Deco world of Metropolis.

After the departure of comic artist Chris Sprouse, Orson Scott Card's story of the man from Krypton will not appear in an upcoming DC Comics "Superman" anthology. (Salon called the Card home, where a woman told us the writer had decided not to comment: "He thinks that it always makes these things worse.")

It's been the cause for analysis and some celebration: Card's past advocacy on behalf of anti-sodomy laws and apparent belief that gay marriage could spark an overthrow of the government. Superman expert Glen Weldon, the author of the forthcoming "Superman: The Unauthorized Biography" and an early critic, at NPR, of DC's decision to engage Card's services as a writer, spoke to Salon about why the sci-fi author was never a good fit.

Why is it so important that Card not write Superman comics? He's a fairly successful author of sci-fi novels like "Ender's Game," where gay rights don't really enter in.

Well, in this particular case -- Superman represents compassion. He's an icon of fairness. The fact that a guy who has dedicated himself to hate and discrimation would be handed the keys to the character just shows that DC Comics doesn't understand who the character is for. There was a period when the "Superman" radio show dropped out the whole "truth, justice, and the American way" thing and he became a fighter for racial tolerance. It was an arc called "Operation Intolerance."

What did that entail?

On Feb. 5, 1946, the radio show's introduction included this revision: "Superman: defender of law and order, champion of equal rights, valiant crusader against forces of hate and prejudice."

But couldn't one argue that Card is being censored? After all, none of us know what his "Superman" comics would have been about.

Superman exists to be about fairness. People will say this is a witch hunt, this is censorship. But it's the marketplace of ideas. Card gets the chance to say what he wants, and we get a chance to say, not this.

Is there a history of DC misunderstanding its character?

This won't have been the first time a comic company has disappointed me. J. Michael Straczynski wrote a series of "Superman" stories, and they were terrible, a sign of fundamentally not understanding who the character is. Straczynski's story arc was called "Grounded" -- Superman feels like he's lost touch with humanity, so he walks across America, encounters people, takes up social issues. It was the exact opposite of Card -- taking the character and putting a liberal agenda on him. The reason he did it is because a woman comes up to him, slaps his face, and says "Because you were away saving the planet, my husband died of a brain tumor." This is what causes him to do the soul searching. Is Superman supposed to be a freelance oncologist now?

Over and over again, well-intentioned writers have done this. In the 1970s, they took away his powers, made him struggle more and deal with racial intolerance. At one point, Lois Lane transforms herself into a black woman and visits Metropolis' "Little Africa" -- it's just hamhanded. When you try to make him relevant to today's world, you don't bridge the difference between our world and his. You just shine a spotlight on it. He's a dude in blue tights and a cape.

Leaving disappointment aside, were you surprised Card got the job in the first place? Could you speculate at all about what his work might have been like?

They see the comics right now as an R&D factory. People take him and make money off him. And I'm not calling for a boycott. But -- I have no idea. I don't think anyone knows the plot he had in mind. But this isn't the guy to tell me a Superman story.