Arkansas state Sen. Jason Rapert is behind the most extreme anti-abortion law in the nation 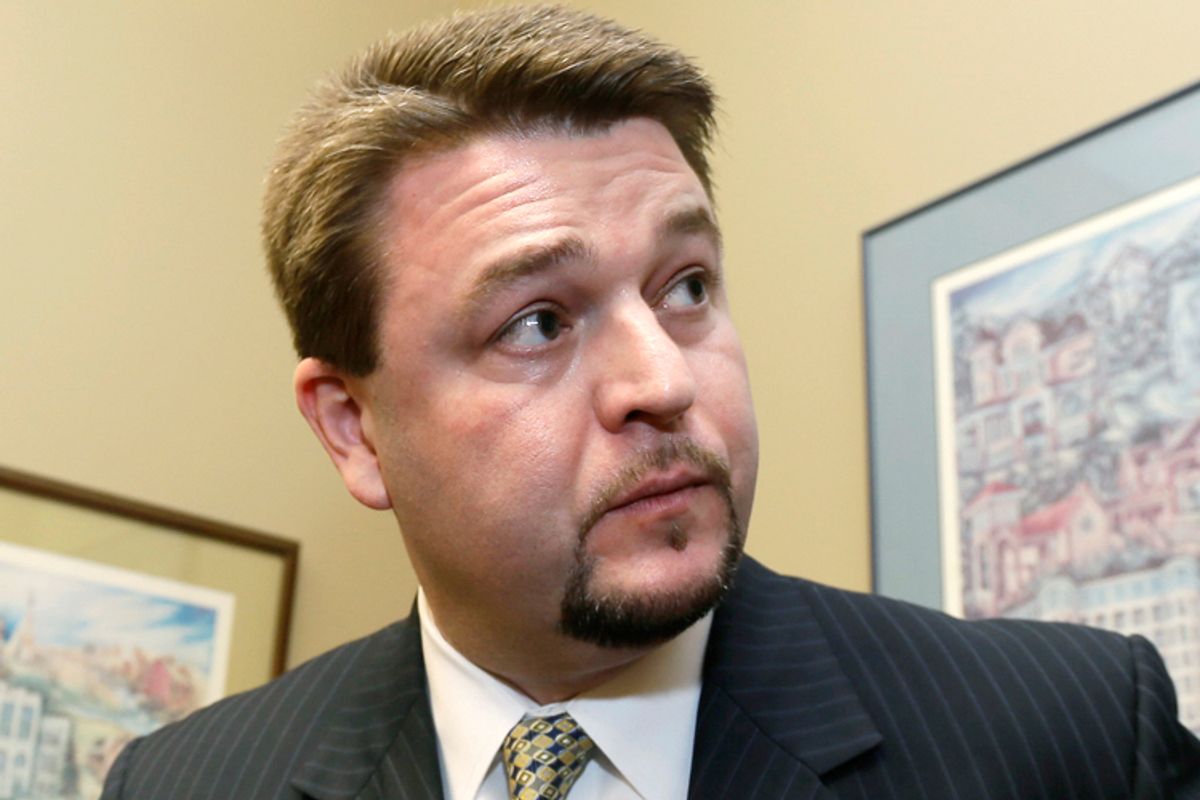 Under the Arkansas Human Heartbeat Protection Act, doctors will lose their medical license if they perform an abortion on a woman who is more than 12 weeks pregnant. While the ban has nominal exceptions for rape, incest and the life of the mother, it remains the most extreme abortion law currently on the books.

Beebe vetoed the bill on Monday, arguing that it is "blatantly unconstitutional" and violates the fetal viability precedent set out by Roe v. Wade.

"In short, because it would impose a ban on a woman's right to choose an elective, nontherapeutic abortion well before viability, Senate Bill 134 blatantly contradicts the United States Constitution, as interpreted by the Supreme Court," Beebe said in his statement. The governor added that such a ban would prove "very costly to the taxpayers of our state," given that "lawsuits challenging unconstitutional laws also result in the losing party -- in this case, the state -- being ordered to pay the costs and attorneys' fees incurred by the litigants who successfully challenge the law. Those costs and fees can be significant."

And the lawsuits are already coming.

The American Civil Liberties Union has pledged to go to court over the new law before it can go into effect, according to executive director Anthony D. Romero:

“The Arkansas legislature has the shameful distinction of passing the worst impediment to women’s reproductive health in decades. The decision to have an abortion is a complex and deeply personal one that must be made by a woman, her family, and her doctor -- not politicians. The ACLU will challenge this dangerous and unconstitutional law in court to put this private decision back in the hands of a woman and her family.”

Even anti-abortion groups have criticized the new law, arguing that it is doomed to backfire. “As much as we would like to protect the unborn at that point, it is futile and it won’t save any babies,” James Bopp Jr., an anti-abortion lawyer and general counsel for the National Right to Life, told The New York Times.

So who is the guy behind an abortion law so extreme that even a National Right to Lifer could hate it? Meet State Sen. Jason Rapert of Conway, Arkansas.

Rapert isn't a single issue politician. When he's not busy comparing safe, elective abortion to the Holocaust and the Rwandan genocide, he's riling up Arkansas voters by denouncing President Obama for "inviting all the Muslims to come into the White House for a little Ramadan supper" and promising his constituents that he won't let "minorities run roughshod" over what they believe in.

When asked about his statements by Arkansas News, Rapert insisted he was being targeted not because of his offensive comments, but because of his opposition to abortion: “I guess that’s what happens when you take a stand for 53 million lives that have been lost in the nation,” he said.