No Hillarys in the pipeline

Why are there so few Democratic women in line for the presidency? 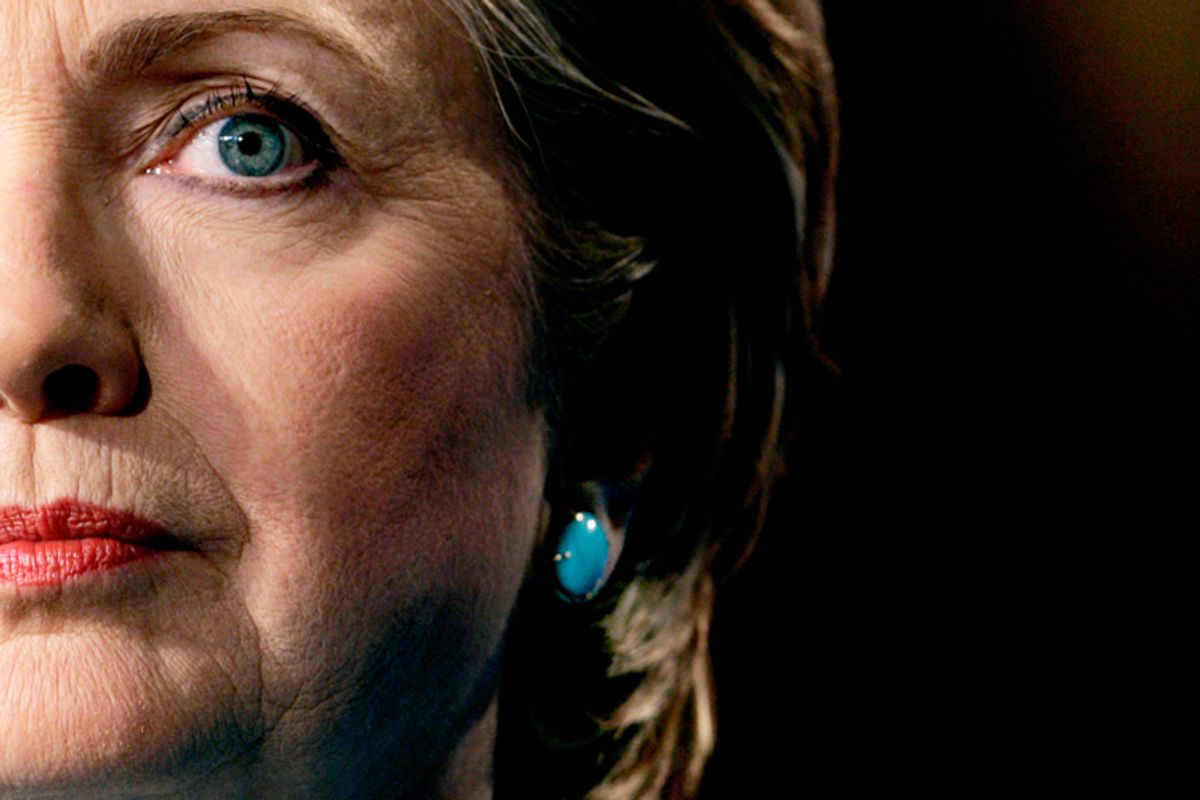 Hillary Clinton may be a leading contender for president in 2016, but this potential obscures a less inspiring reality: the bench of female political executives who could be presidential candidates is, at best, thin. Even if Clinton runs in 2016, it’s not clear who would be next. There's a reason for this.

There have been only 36 female governors in United States history. While there are far more Democratic women in Congress -- some of whom, like Kirsten Gillibrand and Elizabeth Warren, are on wish lists for national office -- Republicans tend to do far better when it comes to statewide office, which Barack Obama aside, is the traditional path to the top.

There are four female Republican governors in office -- Nikki Haley, Mary Fallin, Susana Martinez and Jan Brewer -- while Maggie Hassan in New Hampshire just became the only Democrat. Meanwhile, President Obama took two Democratic female governors out of the executive game when he picked Janet Napolitano and Kathleen Sebelius for his Cabinet. Next year might be better for Democratic women: While Barbara Buono has an uphill climb against Chris Christie in New Jersey, Rep. Allyson Schwartz intends to run against Pennsylvania Gov. Tom Corbett, already nationally infamous for saying women who didn’t want to be forced to look at ultrasounds before an abortion should just close their eyes.

The implications are long-term. “We need a deeper bench of Democratic women governors as we look ahead to the White House in 2016, 2020 and beyond,” said Stephanie Schriock, president of EMILY’s List, which is supporting Buono and helped elect Hassan. “Governors have one of the clearest paths to the presidency, and we want to make sure that path is crowded with strong Democratic women leaders."

Research on how voters feel about female executives by the Barbara Lee Foundation indicates that women also have a harder time getting taken seriously by voters as executives. “The governor is obviously the CEO of their state,” Adrienne Kimmell of the foundation told Politico recently. “So voters often see voting for or supporting a woman candidate differently when they’re the head decision-maker, versus part of a deliberative body like the House and Senate.”

Barbara Buono is a smart, hard-driving politician, a former criminal attorney who has a near-20-year track record in the state Legislature, including a stint as majority leader. She is a liberal in a blue state, running for governor. And no one, including many in her own party, thinks she has a shot.

That’s because she’s running against Christie, whose popularity in the state continues to be abundant, and a recent poll put them 42 points apart. But Buono’s candidacy has significance beyond New Jersey: If she somehow prevails, she would be one of only two female Democratic governors in office, positions that carry tremendous authority in their own right as well as being pipelines to national leadership.

But in states with entrenched party bosses, women tend to be on the outs, which helps explain why big Democratic states have so seldom had female governors from the party. Buono is the only Democrat who’s declared, after better-known figures like Cory Booker declined to run against Christie. As Salon's Steve Kornacki, a longtime observer of New Jersey local politics, puts it, "The Democratic machinery that controls nominations is a lot more likely to give a woman a shot when the race is unwinnable."

No one would accuse Buono of being a party insider. She was ousted from her majority leader position in 2010 for tacking left on public employee health benefits. “Whether or not there is this boss system or not, the issue that I've found is when a woman stands up for what she believes in and she is independent in terms of her opinions, that it's viewed differently,” Buono told Salon. “It seems to me that if you are a man and independent and stand up for what you believe in and make your decision based on principle rather than what's expedient, chances are that will be seen as leadership to be embraced. My experience has been that as a woman, it's viewed as an inconvenience to be managed or marginalized.”

A few weeks ago, several of her colleagues, some of whom have essentially struck deals with Christie, anonymously gave nasty, arguably sexist quotes to the Daily Beast. One said of her candidacy: “It was 2 a.m. and the bar was closing, and Barbara was looking pretty good."  Another opined, “Women don’t hang out like the guys do in politics. Especially not Barbara. She is just sort of not socially inclined — she didn’t come into the caucus early and socialize with her colleagues."

“I think as a woman in politics,” Buono said, “and in New Jersey, because that's all I know, I think you have to be tougher, more resilient.”

Buono is betting that the goodwill Christie generated after Sandy will fade. She's attacking him on pocketbook issues like unemployment, vetoing a minimum wage increase, and high property taxes as well as on social issues like gun control, vetoing a marriage equality bill and rejecting federal family planning funding.

Their debates promise to be interesting viewing, with the steely Buono pitted against the blustery governor, who before he was tearing up on national television was better known for seeding viral videos of himself yelling at teachers and other public employees. Says Buono, "His comfort zone is to yell and to scapegoat."

Democrats have tended to focus their strategies nationally, ceding some of the statewide ground to Republicans. In turn, Republicans have jumped at the chance to radically remake state laws, from abortion rights to voter ID to collective bargaining laws, with a rapid change belying the paralysis at the federal level. Ignoring the Buonos of the world will come at a cost.