After an aggressive campaign to combat drought, the agency has elected to let more small fires burn themselves out 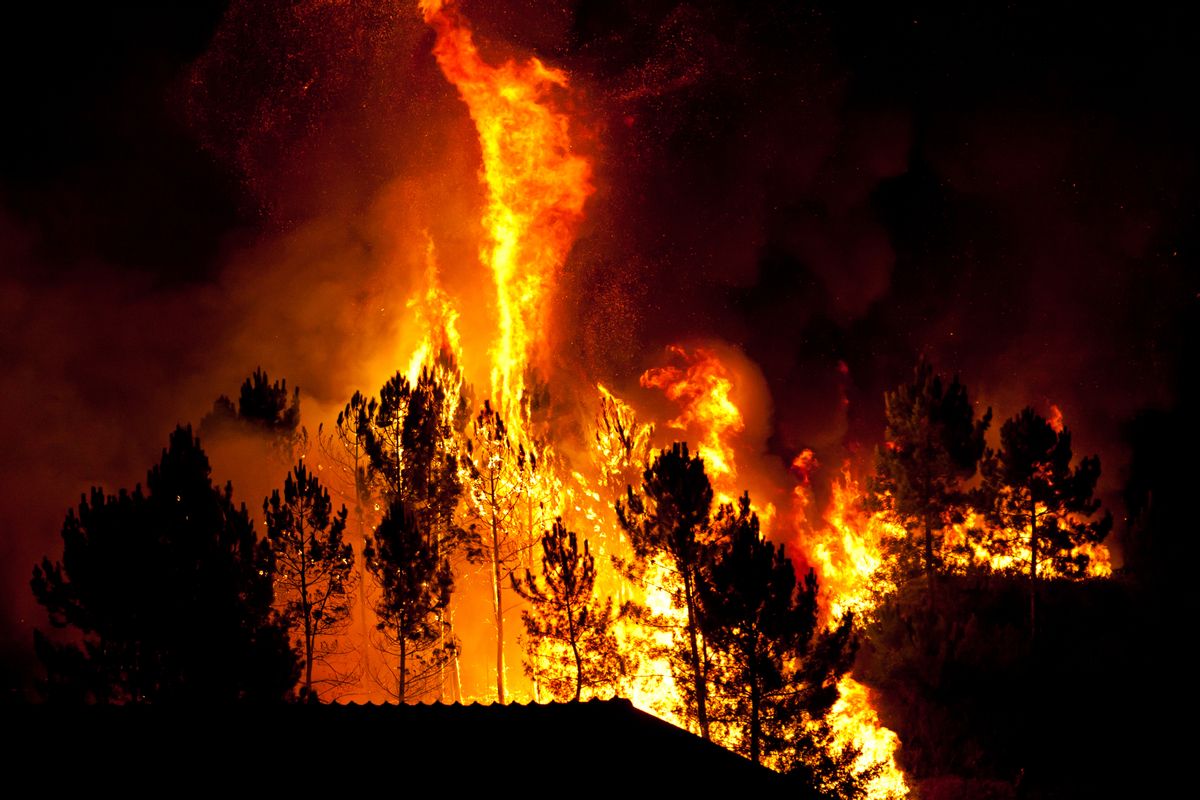 Last year, as hot, dry conditions fueled blazes across the West, nearly 10 million acres of U.S. land were burned in what ended up being one of the costliest and most destructive wildfire seasons in the nation’s history. In the middle of all that, the U.S. Forest Service, which manages nearly 200 million acres of public land, didn’t do itself any favors when it reversed nearly two decades of national policy and ordered an “aggressive initial attack” on all blazes within the agency’s jurisdiction, no matter how small or remote.

This year, it appears the agency is moving back toward what ecologists and fire scientists have considered the best practices for almost 40 years now: fires that are sparked in remote wilderness, where they aren’t hurting anyone, should be allowed to burn. That’s because fire, as a natural part of the environment, is good for the ecosystem. Some essential animal and plant species actually thrive in fire-ravaged landscapes, and by thinning out excess timber and clearing out dry underbrush, small forest fires can help prevent large and deadlier blazes in the future.

This principle has become such an accepted part of forest ecology that it was enshrined in the 1995 Wildland Fire Policy, which was adopted by all federal agencies charged with managing the nation’s public lands -- Forest Service included. The policy states: "Wildland fire, as a critical natural process, must be reintroduced into the ecosystem."

But last year, as some of the largest and most destructive wildfires in the nation’s history burned during the hottest year on record, Forest Service officials chose to ignore that policy and the decades of science behind it. An agency-wide memo sent May 25, 2012, by James Hubbard, the national deputy chief for state and private forestry, and obtained by OnEarth, ordered an "aggressive initial attack" on fires in wilderness area managed by the Forest Service. In an interview, Hubbard said officials were concerned that one or more of the small fires in remote wilderness areas could burn out of control -- consuming not just acres of forest, but also the agency’s already-depleted budget.

Well, guess what? Despite the aggressive attacks, both things happened anyway.

In breaking the story of the Forest Service policy change for OnEarth last year, Montana journalist Richard Manning made it clear that aggressive attacks were ill advised from both an ecological and economic standpoint. And he was right. The Forest Service ended up spending $1.3 billion fighting fires in 2012 -- $400 million more than budgeted. Congress was forced to provide emergency money to cover the deficit.

This year’s policy guidelines for the 2013 fire season, issued last month by U.S. Forest Service Chief Tom Tidwell, appear to revive the well-established practice of allowing fires to burn when they pose a minimal threat to life and property. We’re forced to say “appear” because the Forest Service would not return OnEarth’s calls for comment; moreover, the protocols seem intentionally vague, perhaps because the agency last year denied that Hubbard’s memo represented a change in policy -- though in his initial interview with OnEarth, Hubbard did not. (For comparison, OnEarth has posted the new policy, as well as the controversial 2012 memo, on DocumentCloud.)

Timothy Ingalsbee, executive director of the nonprofit Firefighters United for Safety, Ethics, and Ecology, interprets Tidwell’s new protocols as a return to a more progressive firefighting policy -- even if the Forest Service doesn’t want to come right out and say it. “I’d say they’re being strategically vague,” he said. “They get all kinds of money and praise from Congress for just blindly attacking fire, and no credit for managing it wisely.”

Ingalsbee said that last year’s directive led to costly decisions, like the Forest Service spending $425,000 to contain a blaze that was sparked by lightning in Montana’s remote Bob Marshall Wilderness Area, where wildfires have routinely been allowed to burn themselves out in recent years. From a morale standpoint, the directive wasn’t good for firefighters and forest managers, either, Ingalsbee said. They knew they were risking their lives and wasting money and scant resources on fires that didn’t need to be fought. In addition to being destructive, last year’s fire season was also deadly, as a dozen people were killed in forest firefighting operations around the country.

Going back to the policy of “if it’s not hurting anyone, let it burn” doesn’t mean that forest managers will never attack fires in their early stages. Tidwell’s protocol makes it clear that in some cases, he still wants firefighters to battle a burn right away. But he says it should be done when public safety and pre-identified assets are at greatest risk, and when there’s a good chance of successfully keeping fires small. As Wade Muehlhof, spokesman for the Flathead National Forest in Montana, told the local NBC affiliate: “Anytime we’re talking about a forest fire that would be near structures or near people, we’re going to manage that very differently than if it’s out in the middle of wilderness.”

In contrast to last year’s memo, though, the new protocol clearly states that when there’s a low threat, forest managers can choose to “meet restoration objectives” and “use wildland fire as an essential ecological process and natural change agent,” as long as they consider safety first. I asked Phil Sammon, a spokesman for the Forest Service’s Montana office, if fire managers in the field were interpreting that as a return to the old guidelines, and he agreed that it appeared so, although he said local officials are still hoping for further guidance from the top. “They haven’t really spelled out for us what this means beyond the chief’s letter,” he said, but added: “It does look like there’s going to be a shift from last year.”

Regardless of how the agency fights fires this season, the Forest Service is expecting another difficult year. An unusually large fire for the winter has already burned in the hills east of Los Angeles, and drought and hot temperatures are expected to continue across the West again this summer. On top of that, the agency is expecting a $212 million hit from federal sequestration cuts, including $134 million less for fighting wildfires.

UPDATE: In an interview with the Associated Press published several hours after our story appeared, Tidwell confirmed the policy shift but downplayed the significance of the change.

For more about the threats ahead, read OnEarth’s 2012 series on wildfires and climate change.