Former "Apprentice" Cyndi Lauper on Trump: "What kind of idiot are you?"

Cyndi Lauper, who was "fired" in 2010, fires at Trump over Obama, gay rights; the "Apprentice" host responds 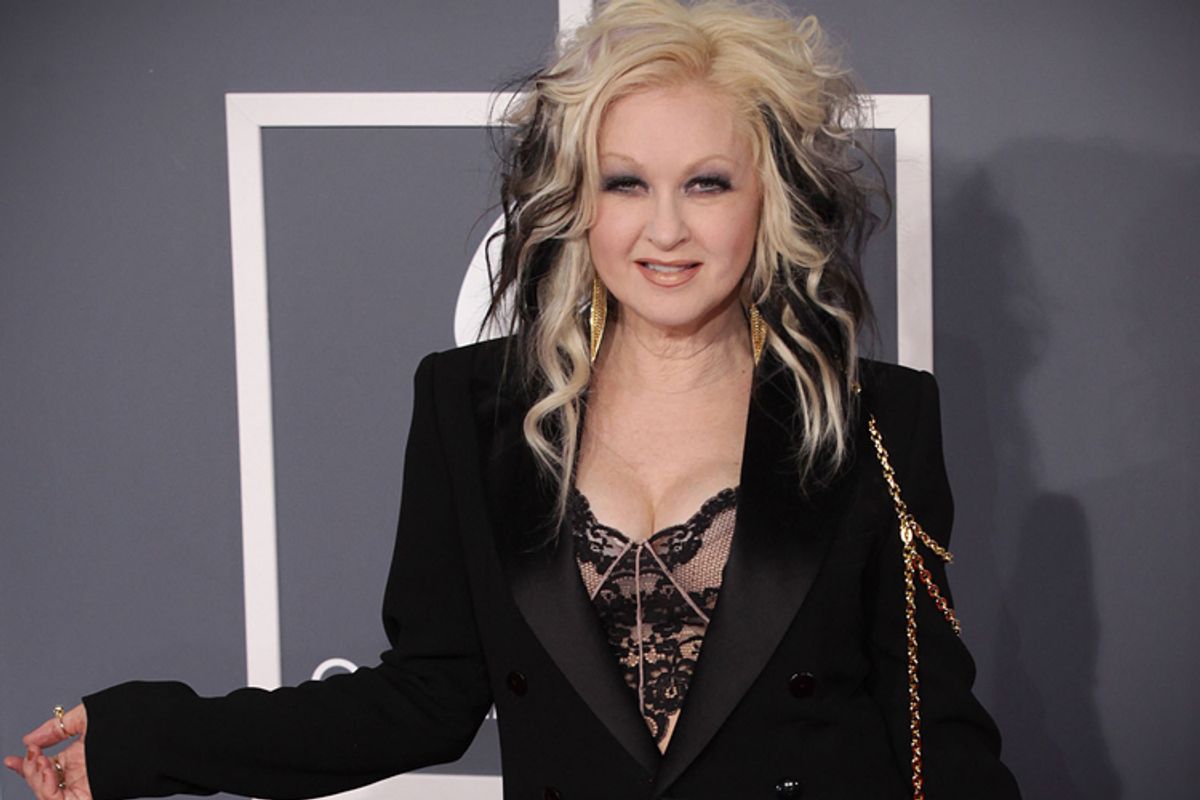 Via Michael Musto at the Village Voice comes an interview in gay magazine Next with Cyndi Lauper, the 1980s pop star who wrote the music for a new Broadway show, "Kinky Boots." The singer and former "Celebrity Apprentice" competitor has strong words for her former "employer," Donald Trump:

"I felt that what he said about the gay community was disappointing because a lot of gay people work for him,” she admits. “It’s just sad. I thought he could have done better for his country than just go to the lowest common denominator and stir up the crap. It’s our country, it’s not wrestling. If you try and make our president fail, it doesn’t matter who he is, you make our country fail."

Lauper goes on to say that Trump is motivated to criticize President Obama (whose birth certificate he has publicly demanded) on the basis of race: "Our country is in trouble and he keeps wanting to make [Obama] fail. Let’s call a spade a spade. The guy’s a black man and that’s your issue? What kind of idiot are you? Come on."

"So many people attain cheap media attention by going after Mr. Trump. Cyndi Lauper is clearly one of these people, as she is out there trying to promote her show on Broadway. Mr. Trump was never a fan of hers, as proven by the fact he said, 'Cyndi, You’re Fired.' [sic] What else could you expect!"

"Celebrity Apprentice," in its current season, has suffered ratings attrition that some have associated with Trump's vocal opposition to Obama and "birther" beliefs. Lauper, who used her time on "Celebrity Apprentice" to raise money for two gay-rights charities, is apparently responding specifically to Trump's recent declaration that gay marriage is "not my thing one way or the other." He has, historically, been mildly opposed to gay marriage, though with far less virulence than his opposition to (for instance) Obama.

"All the statements she makes relative to Mr. Trump's political positions are significant overexaggerations or out-and-out lies," Cohen told Salon.