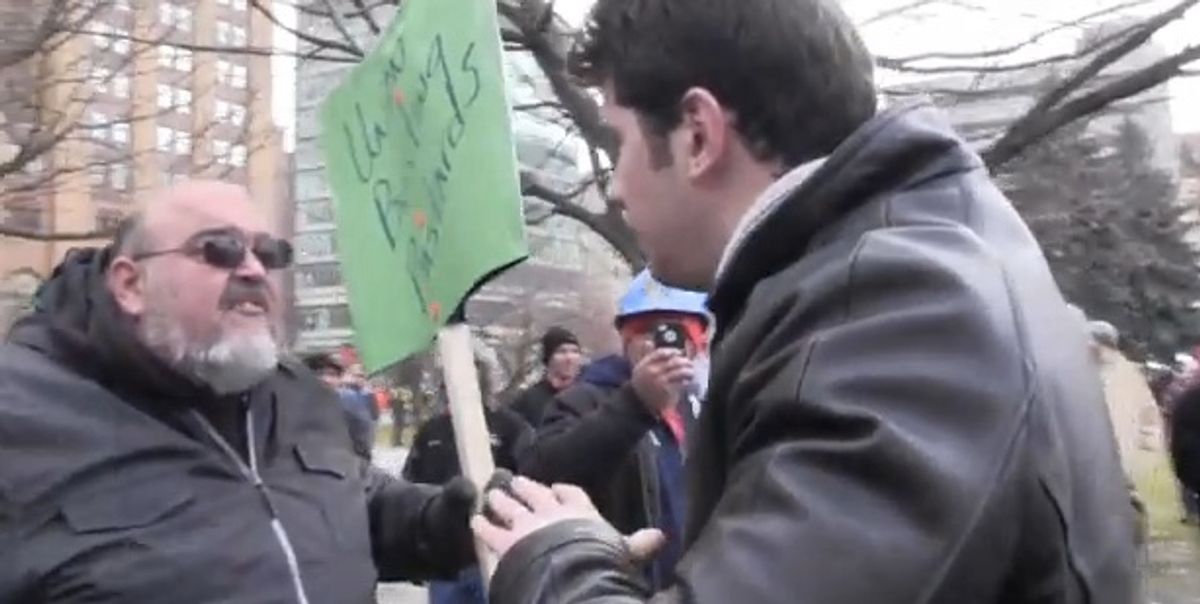 Prosecutors have declined to file charges in the case of Fox News contributor Steven Crowder, who was punched in the face by a protester during December's right-to-work rallies in Michigan.

A video that went viral at the time showed Crowder getting punched by a protester as he tried to stop an Americans for Prosperity tent from being torn down. The right picked it up as evidence of “union thuggery” at the protests. But, shortly after, the video was revealed to have been selectively edited, and left out a key part where the protester was knocked to the ground right before he got back up to punch Crowder.

Ingham County Prosecutor Stuart Dunnings III told Erik Wemple of the Washington Post through a spokesperson that he “will not be authorizing criminal charges in this case," and agreed that the "unedited" version painted a different picture of the incident.

Dunnings said in an interview that the video his office originally reviewed on the matter “appeared to have been edited.” A subsequent review of what the prosecutor termed “unedited” video helped the office reach its decision not to proceed with a case.

“A look at the unedited video, taken in conjunction with the statements of the alleged victim and the alleged assailant, led me to the conclusion that I would not authorize issuance of the warrant,” Dunnings said.