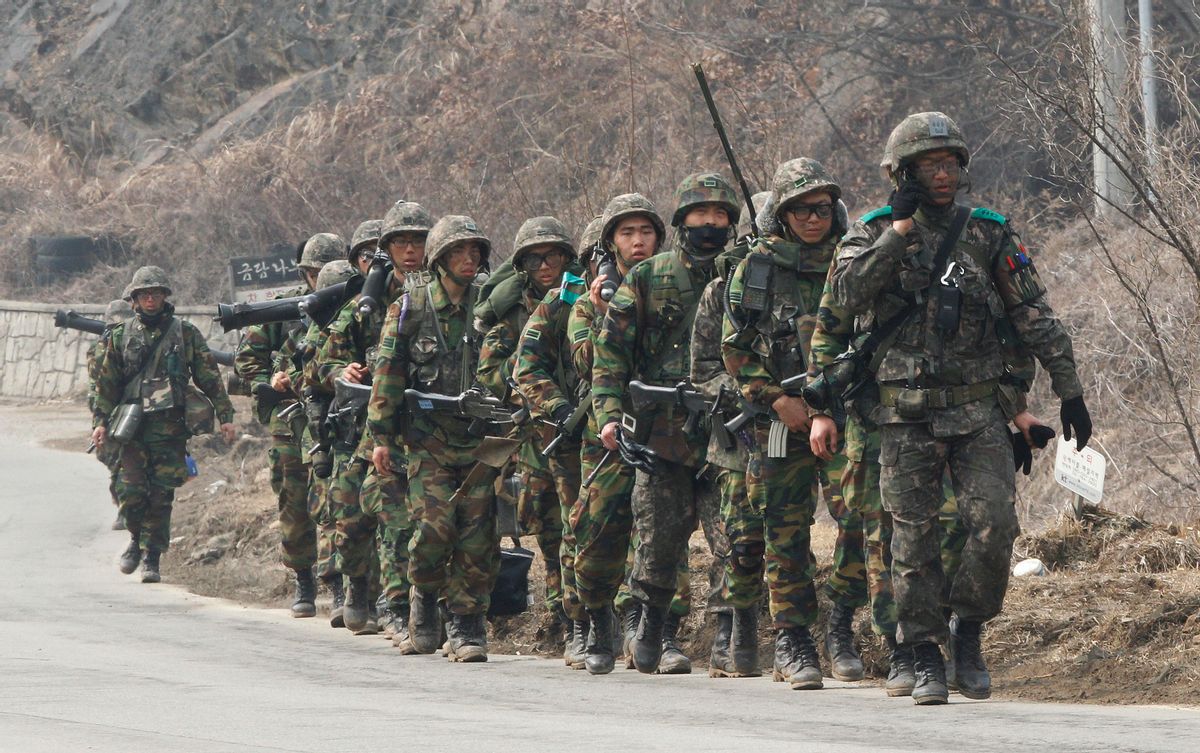 SEOUL, South Korea — North Korea announced on Friday that it was canceling all nonaggression agreements with South Korea in response to a United Nations decision on Thursday to impose new sanctions.

As tensions escalated between the countries that are still technically at war, a North Korean general said on Thursday that Pyongyang had long-range missiles armed with nuclear warheads on standby.

He said the missile warheads could turn Washington and other allies into a "sea of fire."

"Although atomic bombs were used twice in the past to end World War II, if the nuclear bomb attacks a free and democratic society, such as the Republic of Korea, mankind would not forgive it," he said.

North Korea claims that upcoming “Key Resolve” joint military exercises between the US and South Korea — set to begin on March 11 and involving 10,000 South Korea troops and 3,500 US troops — will be a rehearsal for a planned invasion.

Pyongyang is threatening to end the 1953 armistice that halted Korean civil war fighting on that day should the exercise move forward.

The Korean Central News Agency (KCNA) also reported today that Kim Jong Un is inspecting "front-line" troops. The outlet wasn't referring to the DMZ near the North-South Korean border; rather, Kim Jong Un was seen staring through binoculars from guard posts looking down at Yeonpyeong Island, a tiny island in the West Sea that was unexpectedly shelled in 2010, killing 4 South Koreans. Kim said all front-line troops were ready to launch an "all-out" war.

Meanwhile, Lt. Col. Cathy Wilkinson, a Pentagon spokeswoman, said on Thursday that North Korea's threats would only further isolate the country and undermine the stability of Northeast Asia. She said Washington was firmly committed to defending South Korea and maintaining regional peace and stability, according to South Korean news site KBS World.