Shane Sullivan is hoping to rebuild the Coopertown police department, which has been rocked by scandal 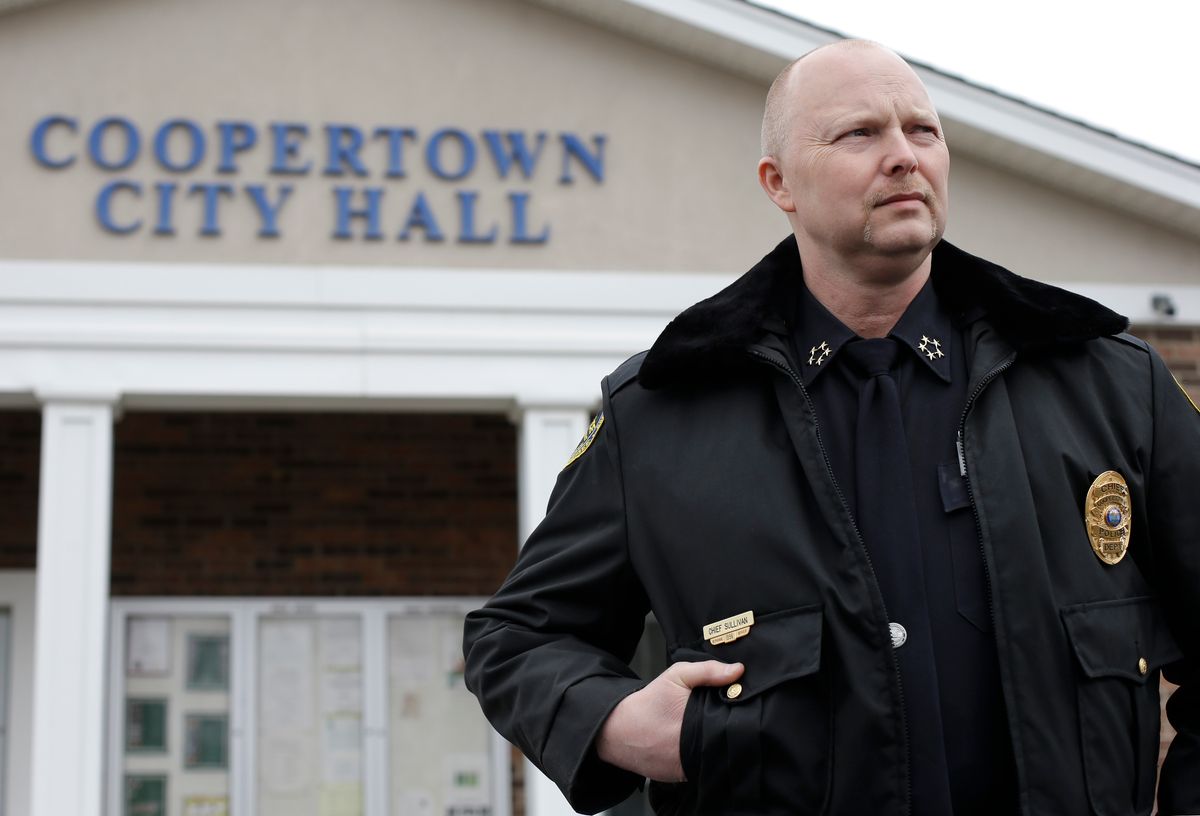 COOPERTOWN, Tenn. (AP) — A police chief hired to rebuild a tiny Tennessee department dismantled by scandal is using a lie-detector test to keep racists off his force.

Coopertown Police Chief Shane Sullivan took over the department in November, becoming the 11th chief in as many years. He was hired on the heels of a series of police scandals that for a few months left Coopertown with no police at all. Years before that, a mayor was voted out of office after the local prosecutor accused him of racism and running a notorious speed trap.

Law enforcement experts say Sullivan's polygraph approach is unusual, though some departments use the devices for other purposes during the application process. Others try to root out bias in other ways. One polygraph expert warned that lie detectors can't accurately predict racism for reasons that include people's inability to recognize their own racism.

Sullivan said he doubts racists will even apply for the force if they know about the tests.

"I think the polygraph will definitely keep these people from applying," the 39-year-old chief said.

And he believes the policy is working, because he says it's already discouraged some applicants. "I've told a couple of ones about the polygraph who have not called me back."

Before Sullivan's hiring, the sheriff's department had overseen law enforcement in the town 30 miles northwest of Nashville while the department was temporarily disbanded.

First, the only full-time patrolman was fired over a road rage incident. Then the reserve officer was dismissed after a dashboard camera captured him using a racial slur to describe a black motorist. The dash cam video was later aired in the media. Soon after that, the police chief quit.

Coopertown Mayor Sam Childs said the chief resigned because of the "predatory media."

The rural community of about 4,000 people that is 95 percent white earned a reputation as a notorious speed trap, with about a third of its revenue coming from speeding tickets handed out by city police during the former mayor's tenure. In 2006, the National Motorists Association said Coopertown had one of the most "blatant examples of speed traps in the country." It stopped after a prosecutor filed a petition against the mayor in 2006. Its 25 squares miles encompass significant stretches of Interstate 24 and another highway that drivers use to cut through to Interstate 65.

In 2006, the county prosecutor asked a court to oust then-Mayor Danny Crosby on allegations he was running a speed trap and ordering police to target Hispanics, out-of-towners and soldiers from nearby Fort Campbell, Ky., for traffic tickets.

Although an appellate court agreed with a lower court's finding that Crosby's conduct and statements were strongly suggestive of "bigotry, sexism or utter foolishness," it refused to remove him. Crosby was later voted out of office and the speed trap is gone.

One lifelong resident said he's fed up with the city government and the police department making the town look bad.

"It's put a black eye on the city," Wayne Brown said of Coopertown's controversies. Brown, a mechanic and football coach, said he thinks there should be no city government or police department because they aren't providing any services.

"Other than writing speeding tickets, they don't do anything for us." Brown said of the department.

The new chief intends for his lie detector idea to help clean up the Coopertown's image. Candidates are required to answer whether they have ever committed a hate crime or a race-based crime.

"It doesn't ask if you've ever made a racist remark or slur," the chief said. Nor does the test ask people if they are prejudiced against any ethnic or religious minority.

Sullivan, who has taken the lie detector test himself, said he's hoping to establish a professional police department that can eventually provide 24-hour service seven days a week. Right now, he doesn't have the staff to police the town around the clock and leaves those duties up to the sheriff's office. He's already hired two police officers, both of whom have passed the polygraph, and he wants to add more. The department's budget is about $250,000 this fiscal year, Sullivan said, and the chief makes $41,000.

Bob Peters, a spokesman for the American Polygraph Association, said asking about factual matters is a better approach than using subjective questions about prejudice or racism. He says a polygraph can't accurately predict whether someone is racist.

"There might be people whom I might think have racist attitudes but they might not think so," said Peters, whose association has established best practices for use of the polygraph.

Peters says the new chief is using the best approach, and some voters are applauding him.

"I am very pleased with Chief Sullivan and the effort he is making to create a sound and secure police department for Coopertown," said Valorie Buck, chairwoman of the Coopertown Community Development Committee.

Malik Aziz, national chairman of the National Black Police Association, said the best way to keep bigots from being cops is through extensive background checks.

It's not unusual for police departments to use polygraphs on people before letting them join the force. Police applicants can be asked about past drug use or whether they have been involved in criminal activity.

"I haven't heard of any agency using a polygraph specifically geared toward eliminating racists from the application process," he said.

Voice stress tests are similar to polygraph tests, but instead of measuring heart rate and blood pressure, they detect changes in an applicant's voice pattern.

The department, she said, also uses an extensive background check and psychologically evaluates its job candidates.

"Polygraphs in and of themselves have a lot of problems," Hedy Weinberg, executive director of the ACLU of Tennessee, said.

Still, Weinberg commended the chief for the effort to bar racist applicants. But she thinks the best way for police departments to be accountable is by making sure citizens have their complaints of unfair treatment investigated.

Carolyn Murray, a professor of psychology at the University of California Riverside, supports other types of testing to detect bias, such as ones that use images of different racial groups and gauge reaction time when they are described as either "good" or "bad." Still, she applauded Sullivan's approach.

"If he's making this effort, he's making the biggest effort I've seen to date," Murray said. "You're not going to get everybody, but you will be able to stop a few people who would have been able to do a lot of damage to citizens."