What 3D printing can do for your bored toddler 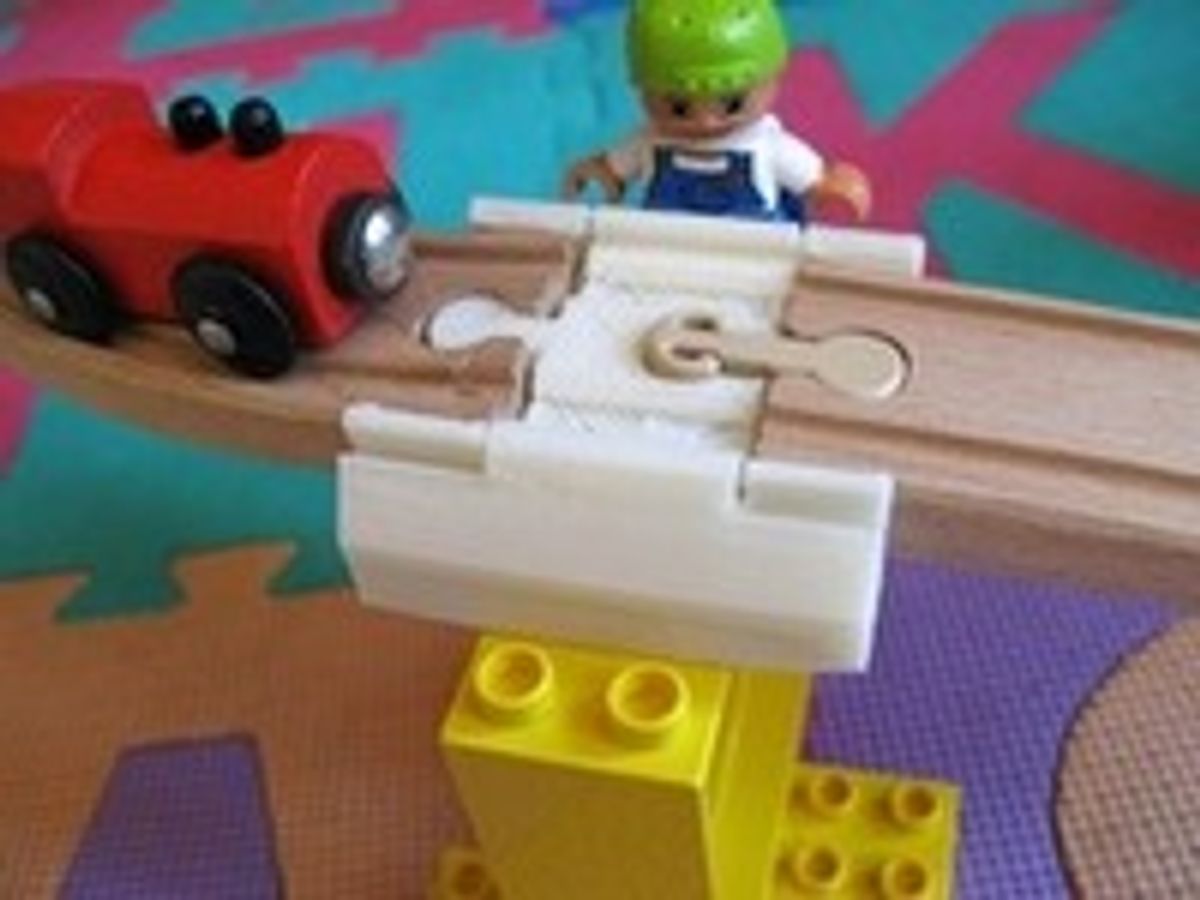 Ok, that was cool.

Bre Pettis, the founder and CEO of MakerBot, a Brooklyn-based manufacturer of inexpensive 3D printers, gave the opening remarks at SXSW Interactive. He was a natural choice to kick off the festival. Social media is old news -- 3D printing is every geek's favorite technology-of-the-moment.

Pettis said all the usual things you might expect of someone preaching his own start-up's gospel. Thanks to cheap 3D printers, "creativity is more accessible in the thing world."

"3D printing is ushering in a new industrial revolution."

"3D printing is awesome." He said that more than once.

But then he showed a slide, in which a custom-printed plastic part connected a set of Brio wooden train track pieces to a Duplo brick.  And every parent in the audience who had once entertained his or toddlers with a big pile of Duplo and Brio tracks simultaneously went: "oh, wow, I wish I'd had that, back in the day."

Geeks talk a lot about connectivity. But connecting two things that were previously incompatible takes the talk and makes it real. The notion that cheap 3D printing will give us the power to scoff at incompatibility is a wonderful thing. It takes SXSW buzzwords like the "power of geek innovation" and puts some muscle behind the jargon. Our world is full of pieces that don't match. So what? Time to make your own pieces that fit everything together.

After the keynote, I discovered that the Brio-to-Duplo connector turned out to not to be particularly new. But judging by the murmurs in the crowd of thousands  at SXSW, the sight of the slide clicked a switch. We'd heard 3D technology was whiz-bang neat. Now we understood why.