Booty call in China, made easy

Another learning experience at SXSW: if you're looking for mobile innovation, look East 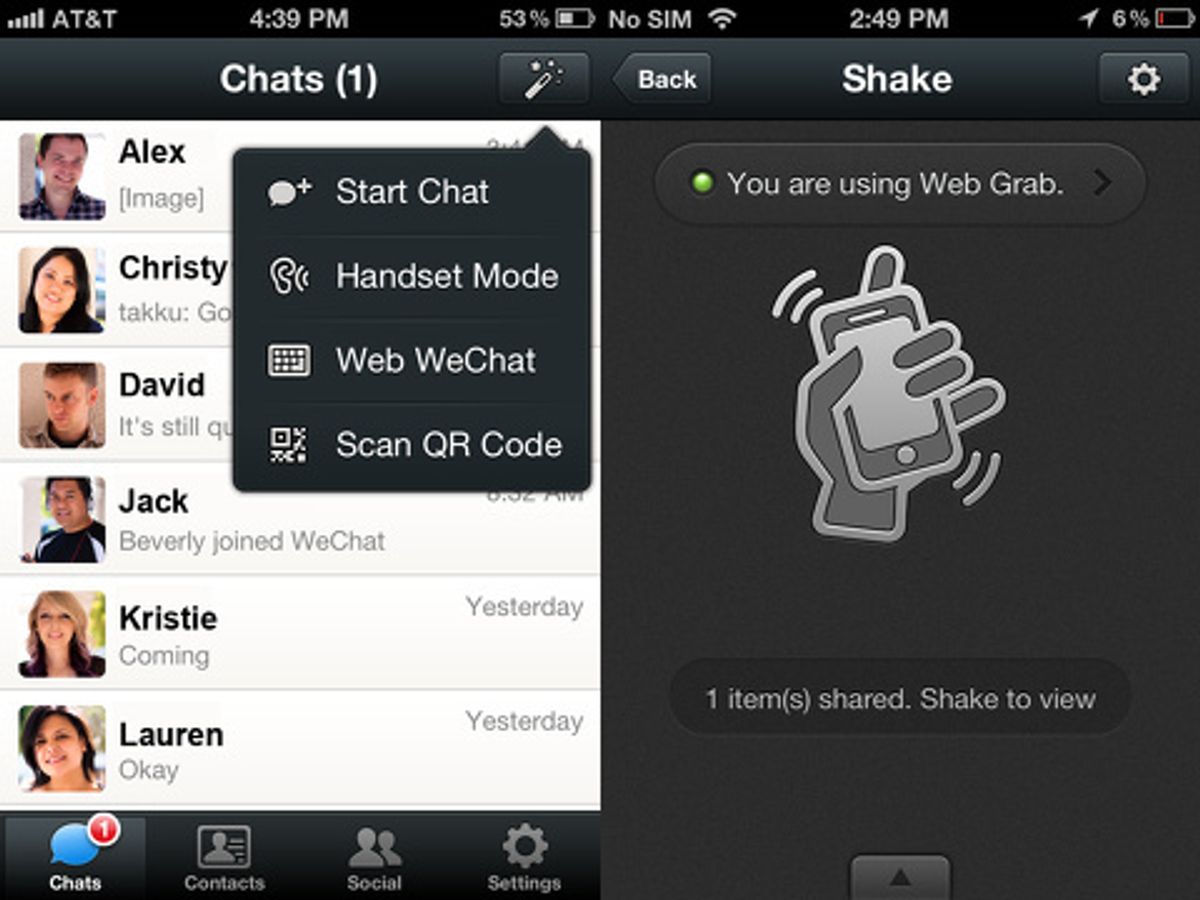 At a panel on mobile gaming in China, the panelists were asked near the end of the session their suggestions for the most popular non-game apps. Much mention was made of WeChat, a superpowered chat platform that apparently can do everything except slice bread.

Henry Fong, the exceedingly well-informed CEO of Yodo1, a leading developer and distributor of mobile games in China, held up his phone and shook it.

"One thing you should know is that WeChat has a booty call function," said Fong. "If you shake your phone, everyone within five hundred meters of you who also shakes their phone will show up on your phone."

Fong also mentioned that by the end of this year there will be about 500 million smartphones in active use in China. That's a lot of booty-calling.