U.S. sales are skyrocketing, aided by $15 billion in annual revenue from online retailers 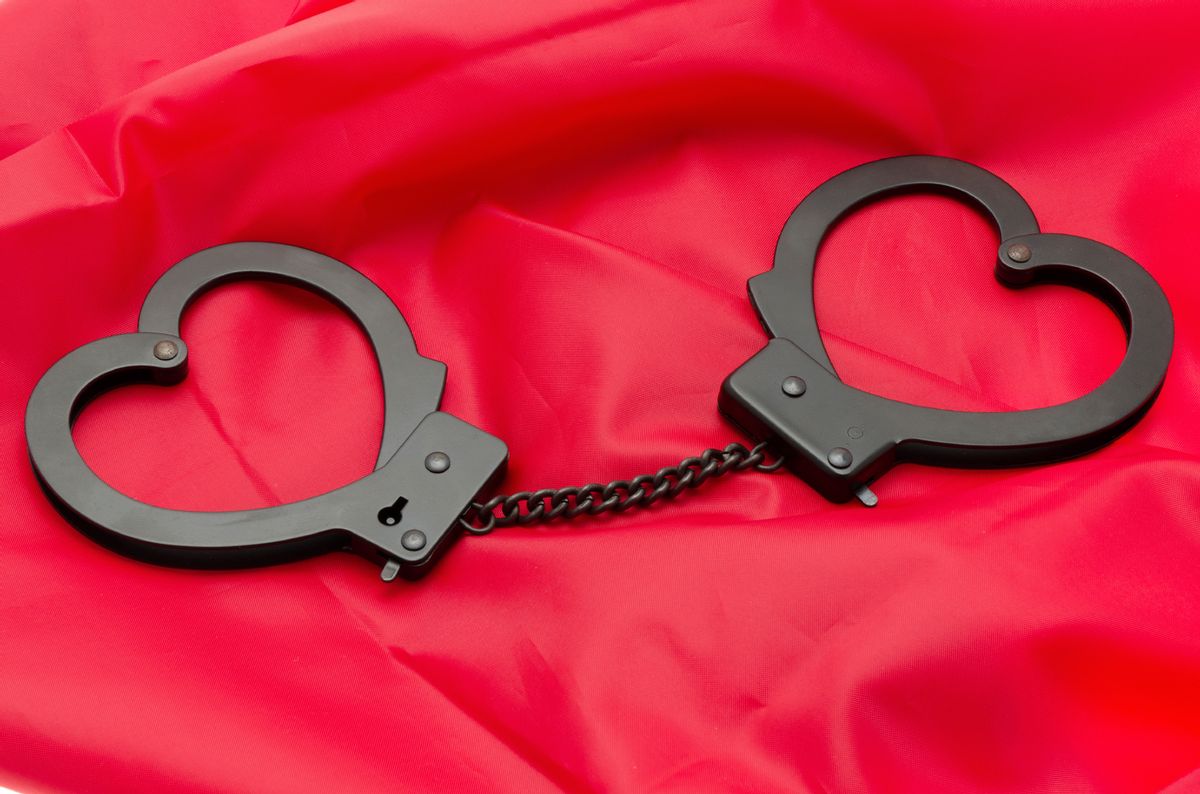 At the ceremony, LELO, a Swedish adult sex paraphernalia company), received the Pleasure Products Company of the Year award. Its products range from high-end vibrators to an assortment of intimate toys including cuffs, ties and blindfolds as well as pleasure enhancements like massage oils, candles and other products. In additional to selling in Europe, it operates in the U.S., Australia and Asia and Europe and had reported revenues of $6 million in 2008.

Adult sex is alive and well in America. The phenomenal success of E. L. James' 50 Shades of Grey and its sequels, Fifty Shades Darker and Fifty Shades Freed, having sold 20 million books in the U.S., suggest just how receptive ordinary Americans are to the once illicit or immoral.

On Valentine’s Day, February 14, the comedian Kathy Griffin appeared on “The Tonight Show” where, chortling with Jan Leno, she revealed that she had tricked her mother into visiting the Pleasure Chest, a sex accoutrements shop in New York’s Greenwich Village. Videotaping the episode for her Bravo cable show, “My Life on the D-List,” she had her mom play with whips, wear leather animal masks and brandish paddles. Griffin and her mom seemed to have a grand time, and so did Leno … and, most likely, so did late-night viewers.

The Oprah Winfrey Network (OWN), a Discovery cable service, recently ran a 1-hour episode on its “Our America with Lisa Ling” show highlighting the Pleasure Chest. It offered viewers an insider’s look at the kinky scene, profiling a bondage and domination workshop. Another Discovery channel, TLC, ran an episode of its “Starter Wives” reality show featuring a segment at the Pleasure Chest. Sex toys are hot.

Major health-products retailers are jumping into the adult toy business under the guise of offering healthcare products. Walmart and CVS are representative of this trend, both featuring products from Durex and Trojan. However, Amazon remains the largest purveyor of adult toys, offering an estimated 60,000 items.

Stefan Dallakian, owner of Paris Intimates, an online sex toy distributor, estimates the sex-toy business grosses $15 billion in annual sales. Even in a severe economic downturn, Dallakian claims that his U.S. sales have skyrocketed. Perhaps, with less money to go out, couples are investing in their sexual pleasures. A generation ago, men who were part of the "raincoat crowd" sneaked into shabby shops run in down-market sections of towns across the country to buy and look at porn. Catalog shopping and now the web have changed all that, offering near-instantaneous access to tens, if not hundreds of thousand of sex-related sites.

Among those who’ve decided to jump on the condom-bubble is Kandi Burruss, one of the “Real Housewives” of Atlanta. She recently opened an adult sex-toy emporium, Bedroom Kandi, which she calls "an intimate luxury line.”

“Passion parties” are women-only get-togethers where sex paraphernalia, including toys, lubricants and costumes, are sold. A local host, consultant or sales rep organizes the event and receives a commission (often 10%) from the night’s sales. The host acquires products and other materials from a growing number of sex-toy providers. The industry even has a trade association, Certified Adult Home Party Association, representing companies like Athena’s Home Novelties, Fantasia Home Parties and For Ladies Only. BusinessWeek reported that Pure Romance has 75,000 consultants and may hit $120 million in 2012 sales. Some of the moralists waging campaigns against abortion and homosexuality, including fundamental Christian women and heterosexual couples, participate in passion parties and other sex toy get-togethers.

Aneros started as a medical device supplier offering prostate stimulators for the treatment of prostatitis. Physicians reported that patients wouldn’t return the devices and so a new business was launched. Crystal Delights started as a novelty in the online game, “Second Life,” a virtual adult toy product and then jumped to real-world business. Its first commercial product was the Crystal Delights Anal Plus and it has never looked back. In terms of the mainstreaming of adult toys, OhMiBod has an app on the iTunes App Store, which seeks to link music technology and sex-toy technology in a fantasy experience. This is an amazing accomplishment, as Apple runs probably the most puritanically walled-garden site on the web.

Today’s sexual revolution is based on two premises. First, sex is morally acceptable only if it’s consensual, among age-appropriate, rational people. Second, all consensual sexual practices are acceptable as long as they do not harm either party, whether through unsafe sex, lust murder, and auto-asphyxiation.

Among some psychologists, the old concept of sexual perversion has given way to the postmodern notion of “deviance without pathology.” Sex 4.0 is grounded in a legal and cultural belief that consenting adults have a right to privacy … and to pleasure. This is adult – consensual and noncommercial -- sex after Roe v. Wade in ’73, after AIDS and safe sex, and after Lawrence v. Texas in 2003. Equally critical, it is sex after the wide-scale adoption of the Internet and smartphones that revolutionized communications, including pornography.

Over the last decade-plus, the courts have struck down repeated efforts by the FCC, bowing to political pressure, to block obscene materials from the public’s broadcast airways and Internet. The Supreme Court has been tentative, uncertain with regard to the new sexual culture taking shape. In Reno v. ACLU (1997), it invalidated provisions of the Communications Decency Act of 1996 that criminalized “indecent” and “patently offensive” forms of Internet communication.

Yet, a decade later, in 2007, the Court wouldn’t extend the same logic to the real – as opposed to the virtual Internet – world refusing to hear an appeal by Sherri Williams, owner of Pleasures adult stores. She challenged an Alabama law barring the retail sales of sex toys, for which she was convicted. A handful of states, mostly in the South, continue to bar retail sex-toy shops and even attempt to break up private “passion parties” as unlicensed commercial operations.

Last year, the Court sidestepped the thorny question of what is indecent by voiding FCC fines to two broadcasters. One was Fox for carrying “fleeting expletives” or words like “fuck” and “shit” uttered by Cher, Bono and Nicole Richie at the 2002 and 2003 Billboard Music Awards. The other involved ABC’s briefly showing an actress’ nude buttocks during an episode of "NYPD Blue." The FCC also passed on a case involving the 2004 NFL Super Bowl broadcast of Janet Jackson’s “costume malfunction.”