Making sense out of SXSW chaos

The festival is both a sell-out and a hacker celebration, a kaleidoscope with a different picture at every turn 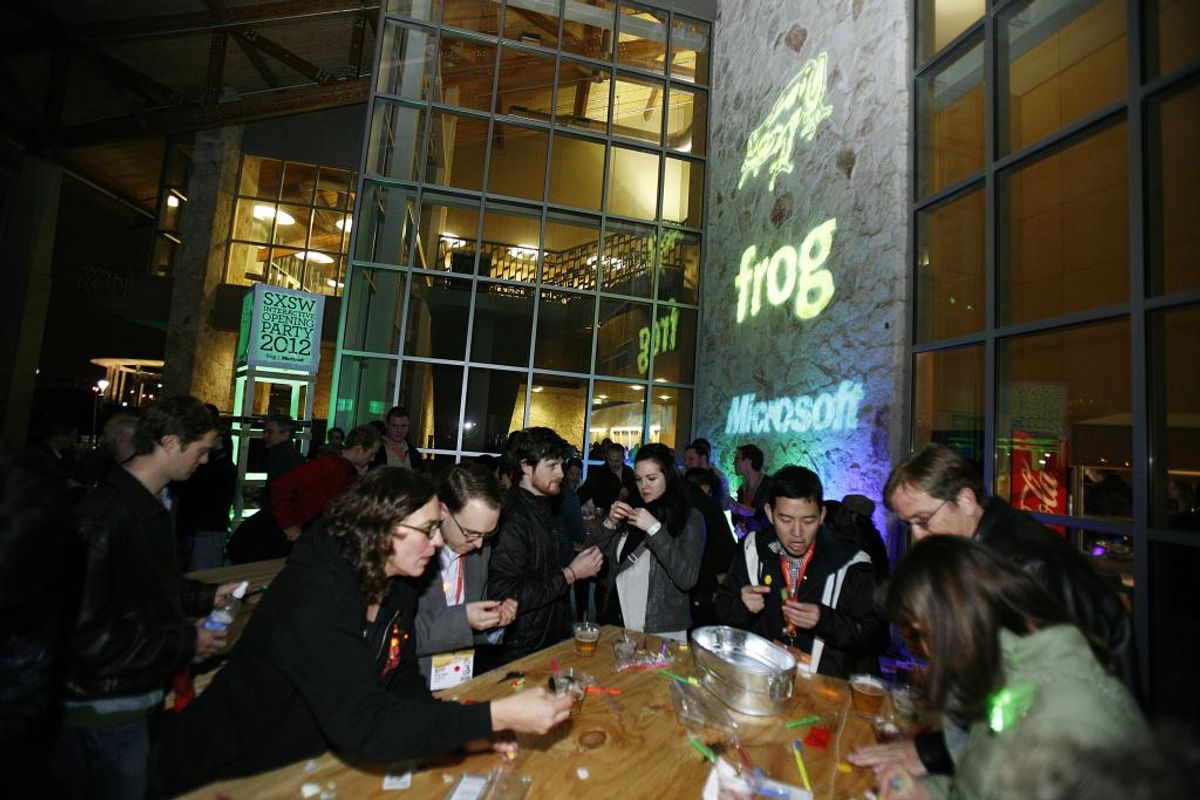 SXSW is chaotic, too big for its britches, confusing, and overwhelming. There are long lines for everything. There's no possible way to grasp the entirety of the thing: at every juncture, multiple competing events scream out to be must-attends. When the crowds spill onto the streets after dark to assault the bars, it feels a bit more Lord of the Flies than meeting of minds.

So if you are fond of the contemplative life by Walden Pond, it's not for you. But if you like bright lights and the big city, and are willing to submerge yourself in the flow, like a salmon swimming upstream against the rapids into the rush of a snow-melt-fed mountain river downpour, you'll be fine.

With any event that metastasizes to this level, there's always an undercurrent of naysayers whispering sellout. This is not wrong. The corporate entanglement that reaches through every nook and cranny of SXSW makes the gathering seem like the second coming of COMDEX, the legendary computer expo that used to be the 800-pound gorilla of the tech sector social season. When you see bicycle-powered pedicabs rolling by with ads for Game of Thrones and Google and Oreo, or venture into one of the huge tents in which watered down drinks are handed out in exchange for the opportunity to mingle with a bunch of corporate communication specialists, it can be a little dispiriting.

But the glory of SXSX Interactive is that it is big enough for you to choose your own narrative. If you want to spend your days hearing about Anonymous and 3D printer hacking and the way cellphone companies are using location data as the ultimate biometric (more on that later!) you can go from dawn to well past dusk without ever listening to a single startup pitch.

OK, that's a lie. You cannot make it through a day here without hearing a startup pitch. Just standing in line to get into, say, a party sponsored by the Online News Association, will surely deliver you at least three pitches. And that's OK -- it is a legitimate function of this gathering for people with ideas that they want to commercial to talk to the press! And it’s the serendipitous ones that sneak up on you that are often the most interesting.

My point is that the original myth of SXSW, all those cool hacker-types getting together to plot a visionary future, is still alive and well here. When Gabriella Coleman and Quinn Norton appeared on a panel devoted to Anonymous and the Occupy movement, the first mention of the word "Anonymous" generated appreciative hoots and hollers from a robust attending crowd of hundreds. At a gathering sponsored by EFF-Austin, I got a full rundown on efforts to get a bill passed in Texas that would ban warrantless-searches of cellphones from Scott Henson, the operator of venerable Grits for Breakfast. If you care about privacy, about how Big Data is being used against you, about how hackers are more empowered than ever before, about how we can and must use our evolving technologies to pursue social justice, it's all here -- as are the people who care about those things.