Steve Martin, Tom Hanks, Alec Baldwin, Chevy Chase and more are there to welcome him in a star-studded show 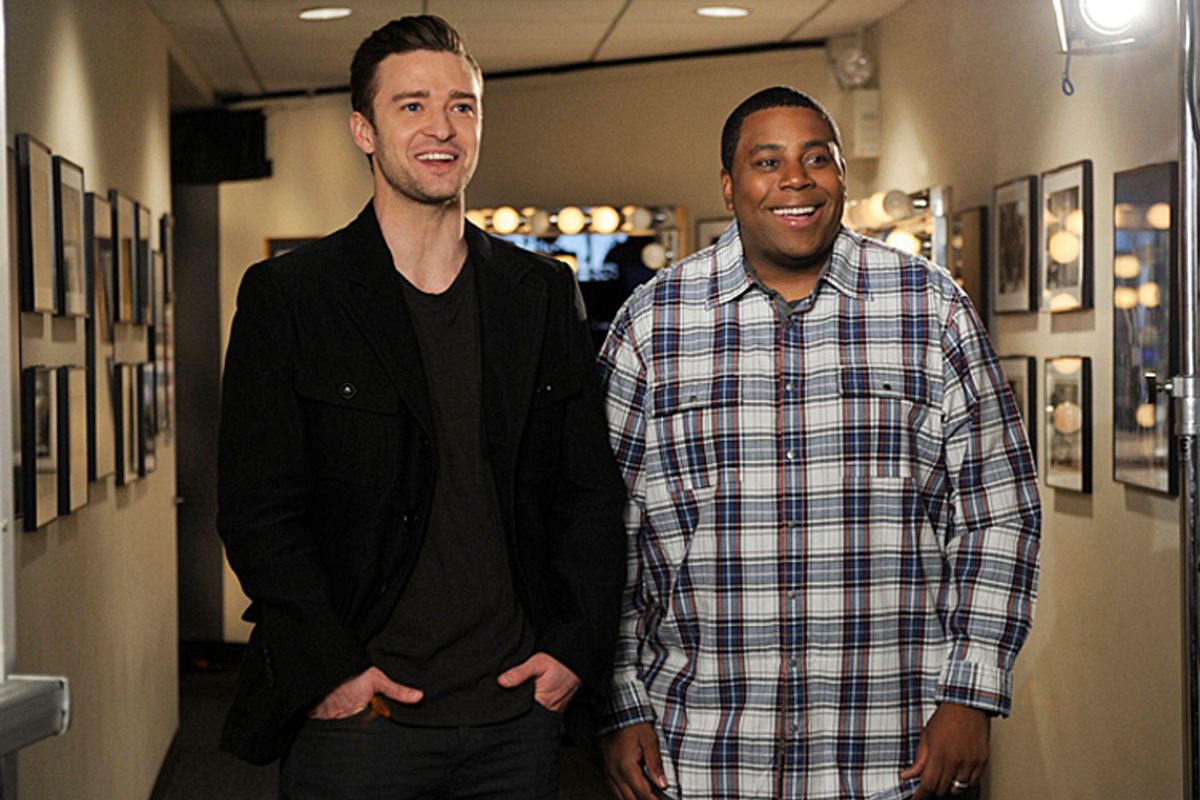 So what is it about Timberlake that makes us want him to come back to the Studio 8H every chance he gets? Andy Samberg helped him tap into it, for sure, creating sketches for him as his wingman, allowing him to showcase a charming, suave, cool, self-mocking douche — which he does exceedingly well. Samberg turns up here for two sketches — but, missed opportunity alert: There is no new digital short. (Don't tell me Patricia Clarkson and Susan Sarandon weren't around!)

Admittedly, things got off to a wobbly start — perhaps the internet pressure really did weigh on "SNL" (JT seems impervious to it, even as he jokingly referred to it). So enamored was the show of the mere idea of Justin, as they trumpeted the arrival of the new old reliable host by celebrating him with a veritable parade, that they forgot to be funny in the cold open and the monologue. But by the third sketch, they found their rhythm, more or less. Here are the five best things to watch from last night:

2. "NuvaBling": The product in this commercial takes Vajazzling to a whole new level. Yes, deeper.

3. Justin Timberlake and special guest Jay-Z "Suit and Tie": Not a sketch, just pure gleeful entertainment. Yeah,you saw it at the Grammys, in black and white, no less. And you'll probably be seeing it a lot in the coming months. For now, though, it's still infectious fun.

4. "Caligula": Justin plays the hedonist on the wagon, much to the dismay and boredom of his orgy-mates. But one partygoer knows just how to lure him back to the fold.

5. "Romantic Comedy": "The Crying Game" recast as a boilerplate rom-com. Shouldn't be funny, but Justin and Nasim Pedrad sell it.