Why is this alien smiling? 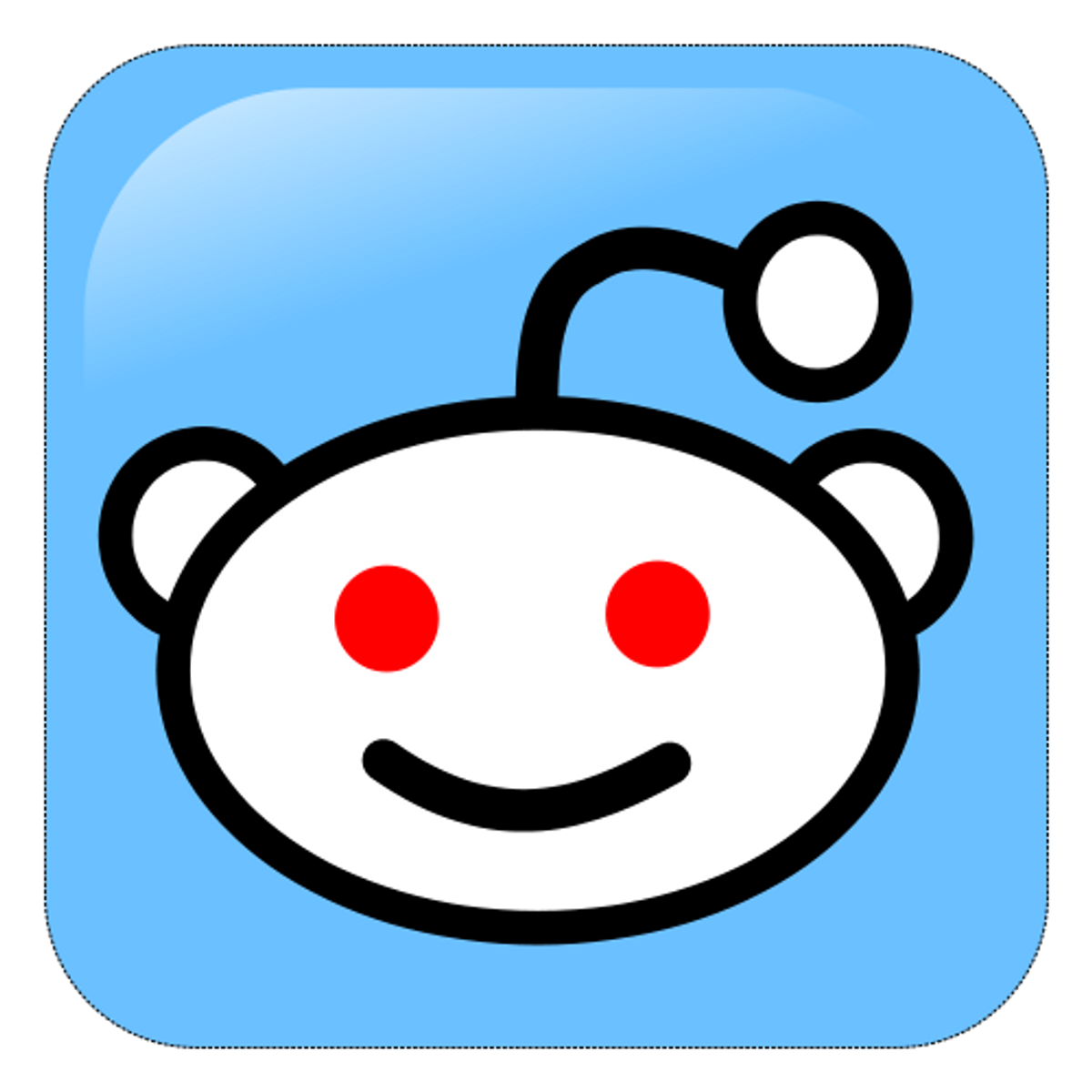 Reddit's best year ever might also have been its worst.

The massive online community whiplashed between public-relations extremes in 2012, from a presidential visit to a series of high-profile controversies that culminated with the outing and shaming of one its most notorious users. The social news site became an Internet behemoth, leading and beating the news, and directing jaw-dropping traffic to any site lucky enough to get a link on its front page. By the end of 2012, about 50 million people were visiting the site every month.

For every admirable deed, redditors had an equal or greater negative action. They helped raise nearly a million dollars to support a bullied bus monitor in upstate New York, even as others were gleefully sharing sexually suggestive photos of women taken without their permission.

What has Reddit learned from the highs and lows of the past year? According to cofounder Alexis Ohanian and general manager Erik Martin, in the realm of Reddit, the best way to keep moving forward is to keep your hands off the steering wheel.

Reddit's future is just a more distilled version of its past: The mob rules, for better or worse.

In October, Gawker's Adrian Chen exposed the real identity of violentacrez, one of the site's most notorious trolls, to be Michael Brutsch, a middle-aged programmer and military father in Dallas.  The exposé sparked an interwebsite war; Reddit moderators, convinced the article set a precedent that threatened their safety, launched a ban on Gawker links.

Reddit's refusal to take action against violentacrez and related purveyors of hate and exploitive content appeared to many as either tacit approval or callous disinterest. Reddit, after all, is not the United States government, bound by the First Amendment. Why not kick out sleazebags and jerks? The sentiment again came to prominence late last month when unlikely redditor William Shatner tore into the site's speech policies:

"The fact that someone could come here, debase and degrade people based on race, religion, ethnicity or sexual preference because 'they have a right' to do so without worry of any kind of moderation is sending the wrong message."

Yet despite the media (and Shatner) heat, Reddit's not about to step back and reexamine its speech policies. Martin insisted that, despite what it may have seemed from the outside, Gawker's story didn't cause much concern at Reddit HQ. "I don't think it had that big of an impact," he said.

Reddit's philosophical foundation is the same techno-libertarian idealism that informed many of the Internet's oldest and most influential communities, from Usenet and 4chan to the early World Wide Web itself. Reddit staff, from CEO Yishan Wong down, believe that the good of free speech outweighs the bad. While Reddit made minor concession to controversies—most notably, by banning sexualized images of minors in Feb. 2012—its not about to start policing other forms of speech, no matter how hateful or harmful.

"We believe that, even if things are offensive, even if we disagree with people, it's better to leave them out in the open than sweep them under the rug," Martin said.

"We've taken the exact same approach as our peers," Ohanian added, citing the case of Innocence of Muslims, the anti-Islam film that sparked riots and deaths in the Muslim world after it was posted to YouTube last September. "YouTube hosted that content. They said they would not take this down. In spite of the fact very clearly offending millions of people. It had a right to be there. That decision was generally very applauded in the West."

(It's worth noting that many social-media companies, including YouTube, do have policies against hate speech.)

The best way to combat hateful speech is with more speech, Ohanian said. Part of that is giving Reddit's thousands of moderators better tools for managing the communities themselves. The site will "slightly improve moderator tools" in the coming year, Martin said, though he declined to go into specifics. By making small improvements to the community management system, "redditors will do what redditors will do and create really cool things with those," Martin said.

"We believe the majority of people on Reddit, online, want to create really good communities, and they're spending hours and hours on Reddit all day because they want to create something they enjoy--something meaningful."

Over the years, violentacrez had come to personify Reddit's dark and exploitative side, thanks to his significant power and influence on the site. As Chen wrote in his exposé :

“When Violentacrez first joined the site and started filling it with filth, administrators were wary and they often clashed. But eventually administrators and Violentacrez came to an uneasy truce ... For all his unpleasantness, they realized that Violentacrez was an excellent community moderator and could be counted on to keep the administrators abreast of any illegal content he came across.”

Reddit promotes the idea of a kind of free-market competition between communities, but in practice it doesn't really work that way. The site's "default subreddits" are a group of about 20 communities that every new user subscribes to automatically. Other subreddits depend on users finding them and clicking a subscribe button. In other words, the defaults balloon to disproportionate sizes based not on merit, but status. To newbies, the defaults appear to be Reddit. The "default" status gives them a veneer of official approval; likewise, the user moderators who run them also seem to speak with official capacity.

At their top is an old-boys club of volunteer moderators who take control thanks to connections and friendships. Violentacrez had long been a member of this exclusive network. Before deleting his account, he shared control of some of the site's biggest communities, from r/WTF to r/Funny.

The problem is two-fold: For starters, Reddit relies almost exclusively on volunteers to manage its millions of users. And two, the user, as a result can wield significant power and authority. Ostensibly, once Reddit stopped funneling users into the defaults, the population would become less concentrated. That should make it harder for moderators to accumulate too much power.

Both Martin and Ohanian agreed that the default system was a problem and that "better subreddit discovery" options were on the way, though again they weren't willing to go into specifics.

"It's a complicated problem," Martin said. “The defaults deservedly get a lot of criticism, but the system still somehow works. people find about new subreddits somewhere."

Again, he suggested that solution may bubble up organically from Reddit itself.

"Maybe what fixes the defaults isn't going to come from an employee. It's just going to evolve and evolve in a way that makes a more fair market."

Reddit has only three staff members tasked with community management. Does it need more, to take responsibilities away from user moderators? Ohanian said "no" and again brought up the idea of improving moderator tools.

Asked if Reddit had an image problem over the past year, Ohanian quickly said "no."

"It's not been the impression I've gotten. The mayor of Ottawa just did an AMA yesterday. We had one from space the other day. That was awesome. The general public, they look at a platform like Reddit, Twitter, Wordpress, and they see that. They can separate the fact that the Westboro Baptist Church uses Twitter to do their awful stuff. And they can separate it from the platform."

Indeed, despite what seemed an avalanche of bad press in the fall, Reddit's only been rewarded when it comes to traffic, hitting 56 million in February. Not only are mayors and astronauts stopping by, but celebrities continue to see the site's r/IAMA as a legitimate watering hole in press tours. Recent guests have included Anthony Bourdain, Nascar star Jimmy Johnson, and Bill Gates.

Those big names are coming to the site to interact directly with fans and the Internet at large. A public relations goldmine in the age of the social Web r/IAmA has become the face of Reddit and an Internet phenomenon in its own right. And like the rest of the site, the forum was conceived and is now run by users.

Reddit's success has come from giving the crowd freedom to control Reddit, from voting buttons to SubredditDrama subscriptions to community creation. When that causes problems, Reddit's admins see only one viable solution: more user freedom.

"Reddit's a living breathing thing," Martin said. "We're the ones who give it food and water and check it for fleas. But it's going to do what it wants to do."