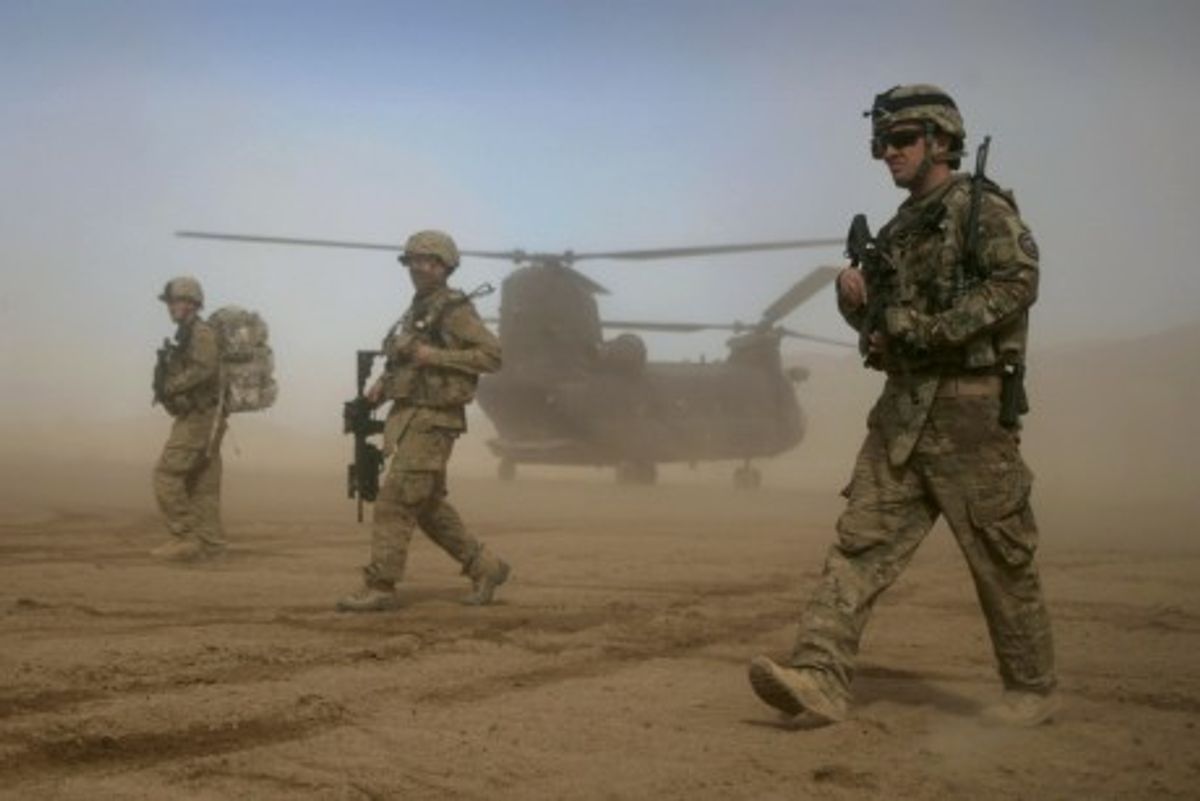 KABUL, Afghanistan (AP) — A police officer opened fire on U.S. and Afghan forces inside a police headquarters in eastern Afghanistan on Monday, sparking a firefight that killed two U.S. troops and two other Afghan policemen. The attacker was also killed in the shootout, officials said.

The incident in Wardak province was the latest in a series of insider attacks against coalition and Afghan forces that have threatened to undermine their alliance at a time when they need to work increasingly close together in order to hand over responsibility as planned next year.

The attack also comes a day after the expiration of the Afghan president's deadline for U.S. special forces to withdraw from the province following accusations of abuse by those under their command.

U.S. officials have said that they are working with Afghan counterparts on coming up with a solution that will answer President Hamid Karzai's concerns and maintain security in Wardak. The majority of U.S. troops in Wardak are special operations forces.

In Monday's attack, an Afghan police officer stood up in the back of a police pickup truck, grabbed hold of a machine gun and started firing at the U.S. special operations forces and Afghan police in the police compound in Jalrez district, said the province's Deputy Police Chief Abdul Razaq Koraishi.

The assailant killed two Afghan policemen and wounded four, including the district police chief, before he was gunned down, Koraishi said. He did not have a death toll for the U.S. troops.

A coalition military official said two U.S. troops were killed. The official spoke on condition of anonymity to disclose information ahead of a formal statement. A spokesman for U.S. forces in Afghanistan, Jamie Graybeal, confirmed that a man in an Afghan police uniform turned his weapon on coalition and Afghan forces and that there were injuries, but declined to give further details or confirm any deaths.

Five Afghan police officers were being held for questioning by the Americans, Koraishi said.

Karzai had ordered U.S. special operations forces to leave Wardak province, which lies just outside the capital, Kabul, because of allegations that Afghans working with the commandos were involved in abusive behavior. He gave them two weeks to leave, and the deadline expired at midnight Saturday.