Consumer report: Women hate Hooters a little less than they used to 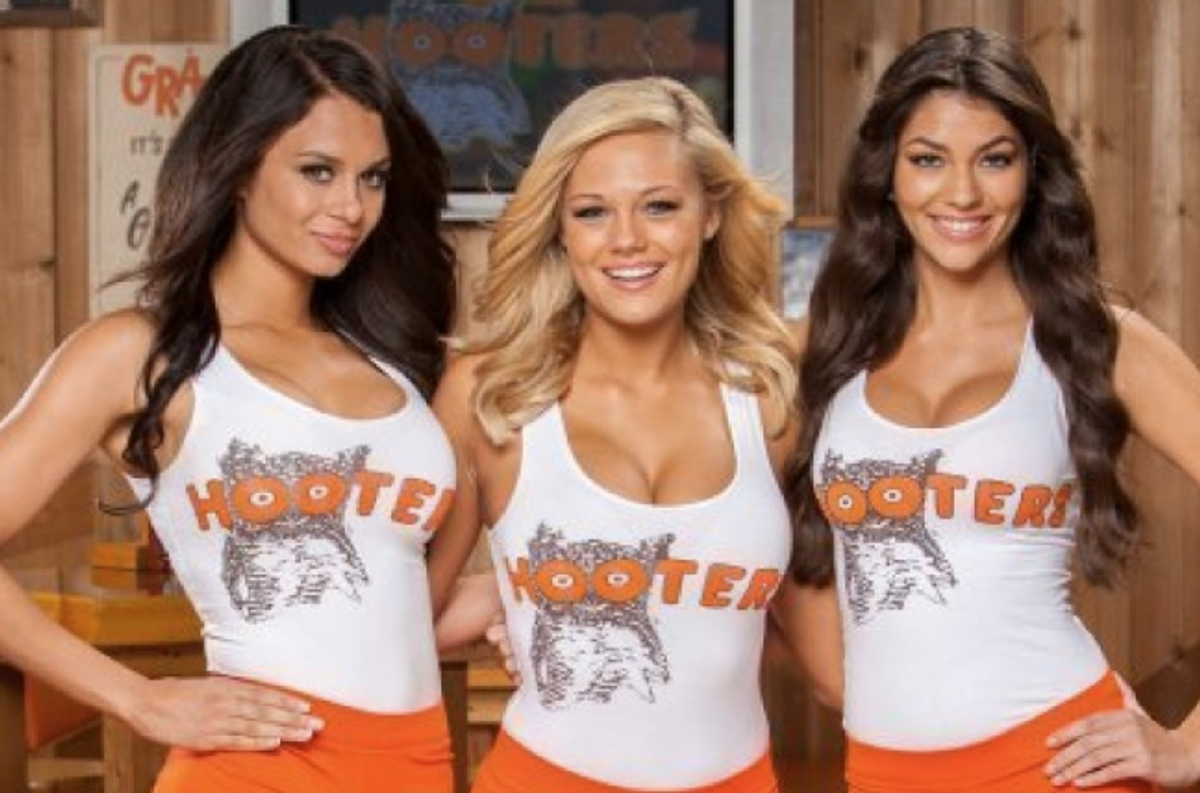 Times have been tough for wing-slinging "breastaurant" chain Hooters. Sales are down, orange hot pants are like so last season and, unfortunately, the chain is no longer the only name in the see-babes-with-your-burger food game.

In order to stay afloat (like boobs in the ocean), they've undertaken a pretty ambitious rebranding effort. The franchise is hoping that by creating a "sleek and comfortable" environment and adding salads to the menu, they can attract the Chipotle-eating masses and, you know, the womens.

And it's maybe kind of just a little bit working?

A new brand index report reveals that both men and women have a more positive opinion of Hooters than ever before. But despite minimal gains, the chain remains in hilariously low standing with both genders.

Still, the report did find that women seem to hate Hooters less than they used to. Researchers asked women to rank their feelings about the restaurant on a score from 100 to -100. In the latest round of surveys, women's impression of Hooters improved from -26 to -21. For men, the chain moved up from -3 to 2.

But alas, Rome was not built in a day, right?

One thing that might get that score just a little bit higher is to maybe stop running commercials that depict female sports fans as obnoxious she-beasts who force men to abandon their Bud Lights and take sanctuary amongst women who are contractually obligated to smile at them all of the time.