Mike Mika's daughter wanted to save Mario for a change, so the hacker dad flipped the script 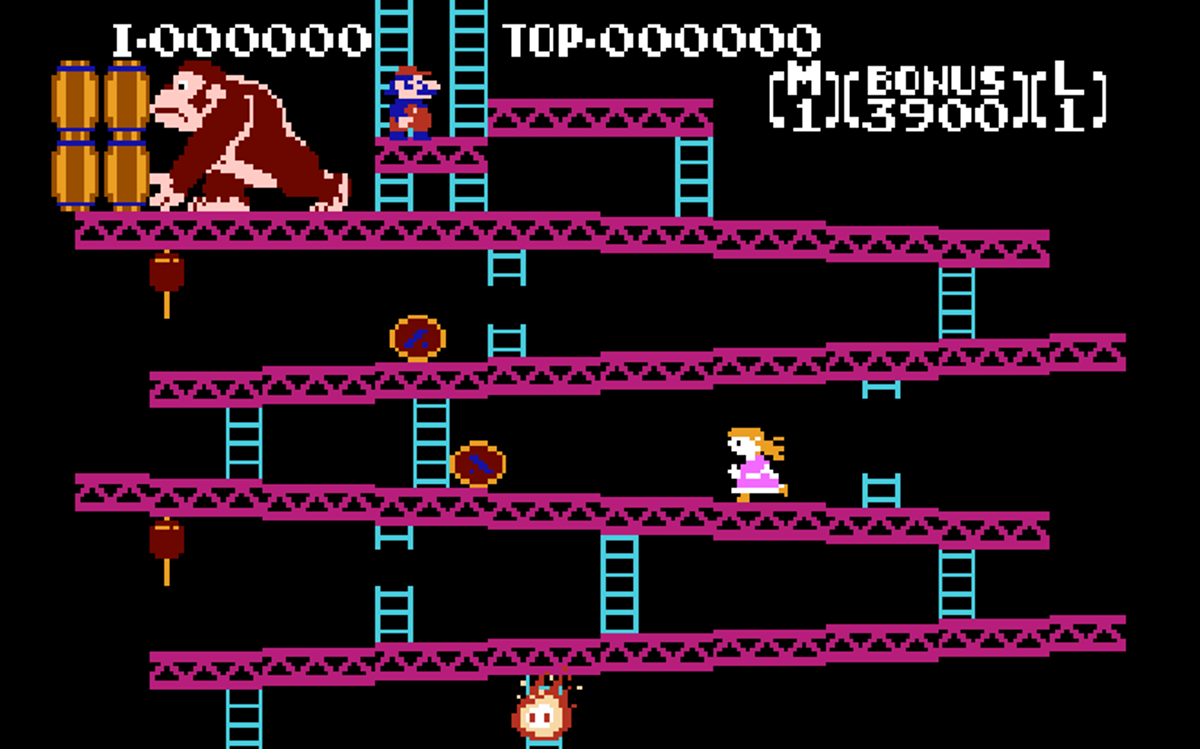 Mike Mika is a gamer dad, so it's only natural that he would try to pass on his deep, nerdy love for all things videogame to his offspring. But while the allure of Atari didn't fully take with his young son, Mika says his daughter "jumps at the chance to play games with her old man."

The 3-year-old has a particular affection for Donkey Kong, but wasn't so wild about always playing the Mario character. In fact, she wanted Pauline to save the plumber for a change. She wanted to "play as the girl," as Mika wrote for Wired Magazine.

In a civilian household, this request may have been added to the pile of kid questions that are acknowledged and promptly ignored. ("I understand you want to eat Pop Rocks for every meal. It must feel frustrating that you can't.") But this wasn't any old household, this was a bonafide cool feminist geek kingdom. And Mika, a game developer by trade, knew he could actually do something about his daughter's request. So he set out to hack Donkey Kong and let his daughter save Mario from the barrel-tossing gorilla:

Mario is made up of four eight- by eight-pixel tiles. So each frame of animation is created with four tiles, each having three colors from the same palette. Two nights after my daughter’s request, I was knee deep in the Donkey Kong ROM, trying to make sense of the graphics. If I was going to replace the sprites, I needed to go all in. I needed to reduce Pauline’s height – she is three tiles tall to Mario’s two, a throwback to when Donkey Kong was going to be a Popeye game. I managed to reduce her height by taking some liberty with her design. I kept the head and hair pretty much intact. But, without any sort of onion-skin animation tools, I was animating blind with only the Mario sprites as reference.

It was 12 a.m. when I started, and I was so in the zone that I had replaced most of the game’s sprites by morning. When I woke up, I finished off the sprites, then swapped the palettes. Only when I played the game, the colors of other objects were all messed up. It appeared that the colors used by Mario were shared with ladders and the pop-up scores. So I found every instance of those sprites and replaced them with the Pauline “white” color.

Finally, I replaced the “M” next to the bonus indicator with a “P” for Pauline.

And bam. Just like that you have one little girl who doesn't have to imagine herself as the damsel in distress being saved over and over, but as the one who gets to jump barrels and rescue her short, mustachioed plumber friend instead. And no surprise, his daughter loved it:

Just like clockwork, she woke up and sat on my lap asking to play Donkey Kong. Only this time, she could play as Pauline. She was excited! But for all she knew, I just figured out how to get Pauline to work. And that was fine. I wasn’t expecting it to change her life. We played for a bit. And some more. And again later. You know what? She really did seem to enjoy the game more. For whatever reason, she was more motivated to play as Pauline than as Mario.

Do you know who didn't love Mika's hack? Nasty Internet trolls. (Not the fun videogame kind. The basement-dwelling, misogynist kind.) After posting a video of the revamped game on YouTube, the vile comments started to pour in, according to Mika:

While some of the things people have said about my daughter are almost comically inappropriate, they are still downright disturbing. One person wished her “dead” because “it would do the world a favor and be one less feminist in our future.”

But no matter, because everyone else loves it -- and his perspective on raising strong daughters. (And being a feminist dad, even if he doesn't think of himself that way.):

Having kids is incredible. And having a daughter is something special. I get the opportunity to see the world through her eyes. And if this experience has taught me anything, it’s that the world could be just a bit more accommodating. And that if something as innocuous as having Mario be saved by Pauline brings out the crazy, maybe we aren’t as mature in our view of gender roles as we should be. I didn’t set out to push a feminist agenda, or try to make a statement. I just wanted to keep that little grin lit up on my daughter’s face every time we sit down to play games together.

And if Mika's daughter keeps up her love of gaming, she might want to look into Anita Sarkeesian's awesome Tropes vs. Women in Video Games series to learn more about how she can continue to bust stereotypes and kick Donkey Kong's butt for feminists everywhere.