Four years after Iowa legalized gay marriage, one former Republican lawmaker feels his state is much better off 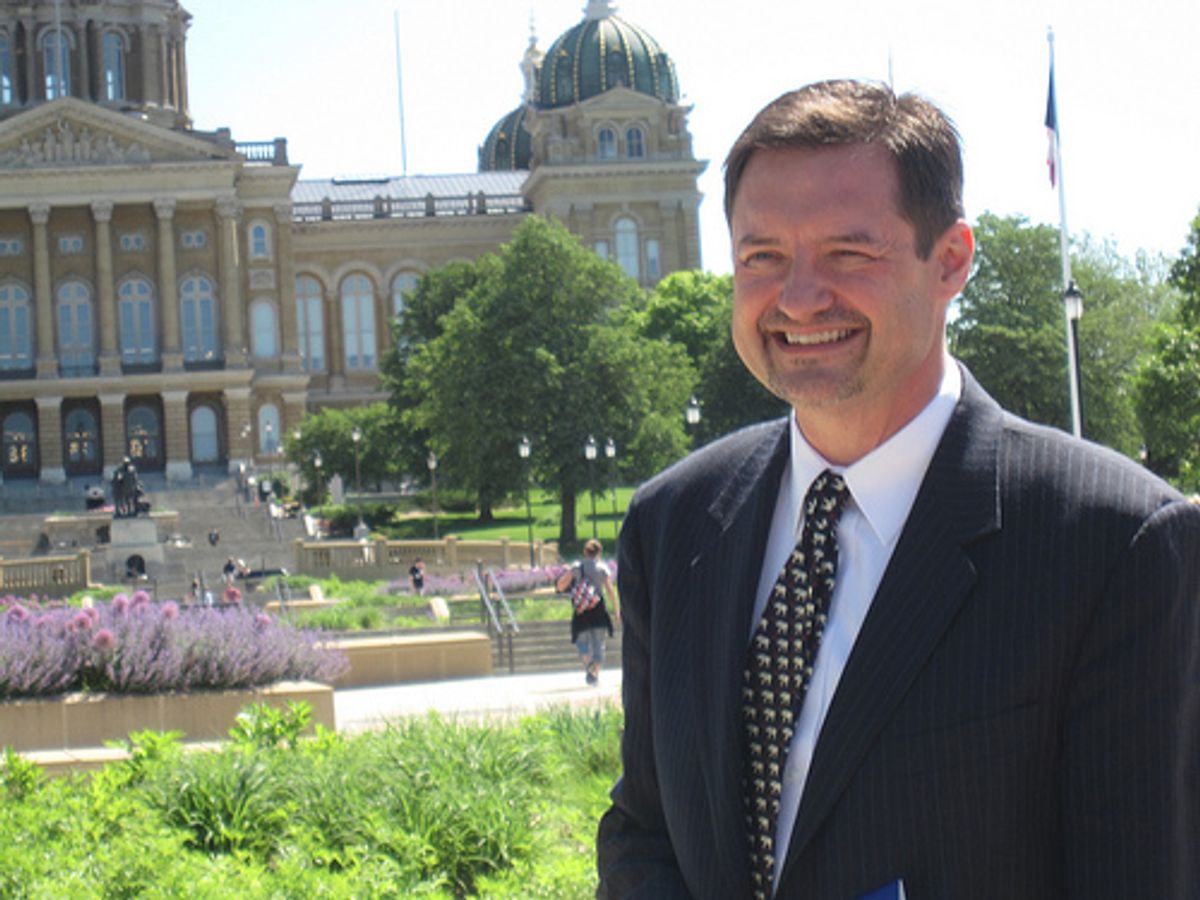 Four years ago, after the state's supreme court ruled a ban on gay unions was unconstitutional, Iowa became the third state in the country to legalize same-sex marriage.

Since then, the lives of average Iowans have remained pretty much the same, says Molly Tafoya, communications director for the gay advocacy group One Iowa. Which isn't the outcome many opponents had warned against. "It's, quite frankly, a disaster," Brian English, a spokesman for the Iowa Family Policy Center, said in 2009 after the court handed down its ruling.

But there are no disasters to be found, Tafoya told CNN Radio. “The sky hasn’t fallen and nothing really has changed for the day-to-day." Well, except one small thing: "I think we’re seeing a growing acceptance among Iowans, who just see this as the new normal here.”

Including among lawmakers who once staunchly opposed marriage equality. Like former state senator Jeff Angelo, who has come to understand that the heated and inflammatory rhetoric of the 2009 debate had little to do with real life, how real Iowans cared for their families and worked together in their communities:

“Most of our small towns have people in them that are gay, and live peaceful lives. They’re not made to feel like outsiders. So what occurred to me was that the political debate didn’t really match up what was going on in Iowa communities. And that’s when I thought this is just unfair. There’s no evil force that’s out there that’s trying to destroy marriage. It was people that just wanted to fall in love, and have stable families and monogamous relationships just like I do. That’s what changed my mind.”

That's quite a turn around from a man who sponsored the constitutional amendment to ban gay marriage in the state.

In a 2011 speech on his evolving position, Angelo spoke directly to the paranoia that fuels so much of the conservative opposition to marriage equality: "There's no nebulous force out there trying to change our communities or hurt anyone's marriage. We're talking about our friends, our neighbors and our families."

Like many other Republicans coming around to marriage equality, Angelo said that the government dictating relationships between consenting adults is a violation of "personal liberty" in line with gun control measures that encroach on people's freedom to, you know, shoot other people. And just as Jon Huntsman argued that the GOP should drop the gay marriage fight to focus on deregulating markets and cutting taxes for millionaires -- it's just a mixed bag with these guys.

You can listen to more audi of Tafoya and Angelo talking about what's changed in Iowa since 2009 -- and what hasn't -- in the clip below.