Getting rich off of schoolchildren 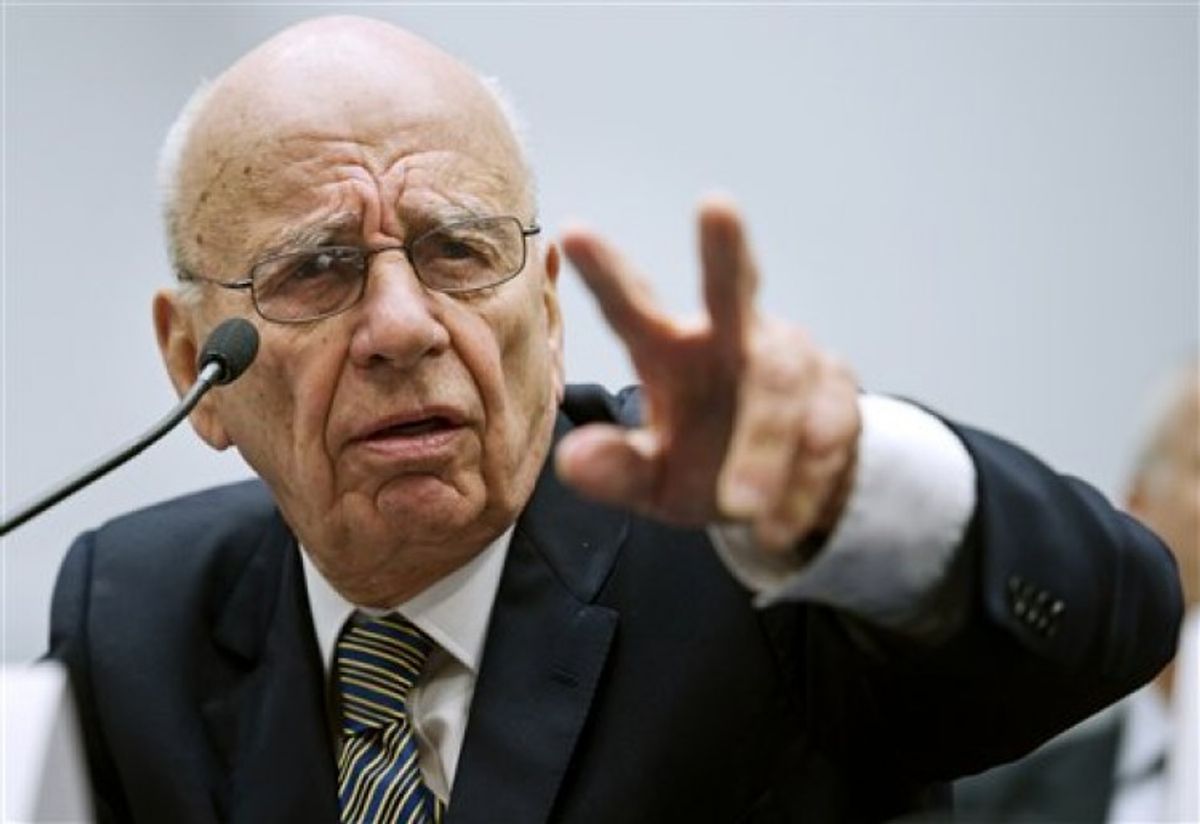 Last week, Los Angeles provided yet another example of a cadre of anti-public-school millionaires swooping in to try (and in this case, fail) to buy a big-city school-board election. And once again, that sparked a round of Orwellian newspeak that distorts what's really happening in education politics.

You know how it goes: The pervasive media mythology tells us that the fight over the schoolhouse is supposedly a battle between greedy self-interested teachers who don't care about children and benevolent billionaire "reformers" whose political activism is solely focused on the welfare of kids. Epitomizing the media narrative, the Wall Street Journal casts the latter in sanitized terms, reimagining the billionaires as philanthropic altruists "pushing for big changes they say will improve public schools."

The first reason to scoff at this mythology should be obvious: It simply strains credulity to insist that pedagogues who get paid middling wages but nonetheless devote their lives to educating kids care less about those kids than do the Wall Street hedge funders and billionaire CEOs who finance the so-called reform movement. Indeed, to state that pervasive assumption out loud is to reveal how utterly idiotic it really is, and yet it is baked into almost all of today's coverage of education politics.

That, of course, is not all that shocking; after all, plenty of inane narratives are regularly depicted as assumed fact in the political press. What's shocking is that the other reason to scoff at the Greedy Teachers versus Altruistic Billionaire tale is also ignored. It is ignored even though it involves the most hard-to-ignore facts of all -- the ones involving vested financial interests.

Yes, though it is rarely mentioned, the truth is that the largest funders of the "reform" movement are the opposite of disinterested altruists. They are cutthroat businesspeople making shrewd financial investments in a movement that is less about educating children than about helping "reform" funders hit paydirt. In that sense, they are the equivalent of any industry leaders funding a front group in hopes of achieving profitable political ends (think: defense contractors funding a front group that advocates for a bigger defense budget). The only difference is that when it comes to education "reform," most of the political press doesn't mention the potential financial motives of the funders in question.

While I've written about this reality before, recent news perfectly exemplifies how the "reform" movement is really just a sophisticated business strategy.

First, there was the Washington state ballot initiative expanding publicly subsidized, privately run charter schools. As the Seattle P-I reported at the time, the initiative was effectively underwritten by Amazon and Microsoft. This was part of the latter's larger education "reform" push through the massive foundation of company founder Bill Gates.

Those contracts are much easier to land in privately run charter schools because such schools are often uninhibited by public schools' procurement rules and standards requiring a demonstrable educational need for technology. That reality, no doubt, is part of why charter schools often spend so much more on "administration" and "business services" than do their public school counterparts. Though it is rarely mentioned in the political coverage of education, that spending promises to benefit tech companies like Amazon and Microsoft. (Ready for proposals to give every kid an Amazon Kindle or Windows laptop, paid for by public money?)

Then, as mentioned before, there was last week's high-profile Los Angeles school board race. The anti-public-school "reform" slate was bolstered by a $1 million contribution from billionaire Michael Bloomberg, who has been making similar contributions to other education "reform" campaigns across the country. As he pours money into buying these local elections, he is loyally portrayed in the press as a high-minded humanitarian using his perch as New York mayor to earnestly raise issues. Somehow, few bother to mention that he is the founder of a massive information technology company that seems well positioned to break into the burgeoning education business and profit off "reformers"' technology triumphalism (seriously, does anyone think we won't soon see a Bloomberg School Terminal sometime soon?).

In that same Los Angeles race, the Los Angeles Times reported that News America Inc. donated $250,000 to the "reform" slate. That's the same News America that is the for-profit education technology arm of Rupert Murdoch's News Corp. It is the same News America that was recently trumpeted in the New York Times for rolling out an expensive "tablet (that) will be targeted at middle-school children" -- that is, if the company can convince the school board candidates it underwrites to divert money away from hiring teachers and into News America's coffers.

National Public Radio was one of the few media outlets to even mention this profit motive as driving education politics. Setting an example for how education journalism should be conducted (but largely isn't), it reported that Murdoch's education technology push is about delivering "future revenues from his educational branch to help shore up the finances of his newspaper and publishing division."

Of course, if the tech industry's attempts to make money by technologizing the classroom was also a proven way to improve education, then the education "reform" movement's for-profit scheme might seem a bit less odious. It might seem like an example of a laudable public-private partnership whereby an industry does well for itself by doing right for the greater good.

But that's not the case in education so far. As the New York Times exhaustively documented, "reformers" have convinced schools to spend "billions on technology, even as they cut budgets and lay off teachers, with little proof that this approach is improving basic learning." As just one glaring example of that lack of proof, the Times points out that "a division of the Education Department that rates classroom curriculums has found that much educational software is not an improvement over textbooks" (this why Idahoans recently voted overwhelmingly to reject a plan in the Legislature that would have diverted money for teachers into classroom computers).

Education results, however, don't matter to the moneyed interests behind the "reform" movement. Profits do -- and the potential profits are enormous.

Citing a fact sheet from the for-profit education industry itself, the Washington Post recently reported that "the education sector now represents nearly 9 percent of the country’s gross domestic product" while the "for-profit education is valued at $1.3 trillion, and is one of the largest U.S. investment markets." Likewise, NPR reports that as he's launched an education technology division, Rupert Murdoch "has described education as a market worth hundreds of billions of dollars." This is why the tech site Geekwire predicts another full-scale tech industry bubble, thanks to "K-12 and other education segments now being chased by a mob of investment capitalists."

Give "reformers" credit; they have successfully hidden a venal investment strategy in the veneer of idealistic political activism. Appropriating the poll-tested argot of change and mass movement, the Wall Streeters and tech moguls who finance the "reform" efforts have somehow convinced the political press to ignore one of the most powerful motivators of human action: the almighty dollar.