Lessons from a social media data-crunching mastermind: The "tweet heard around the world" was no accident 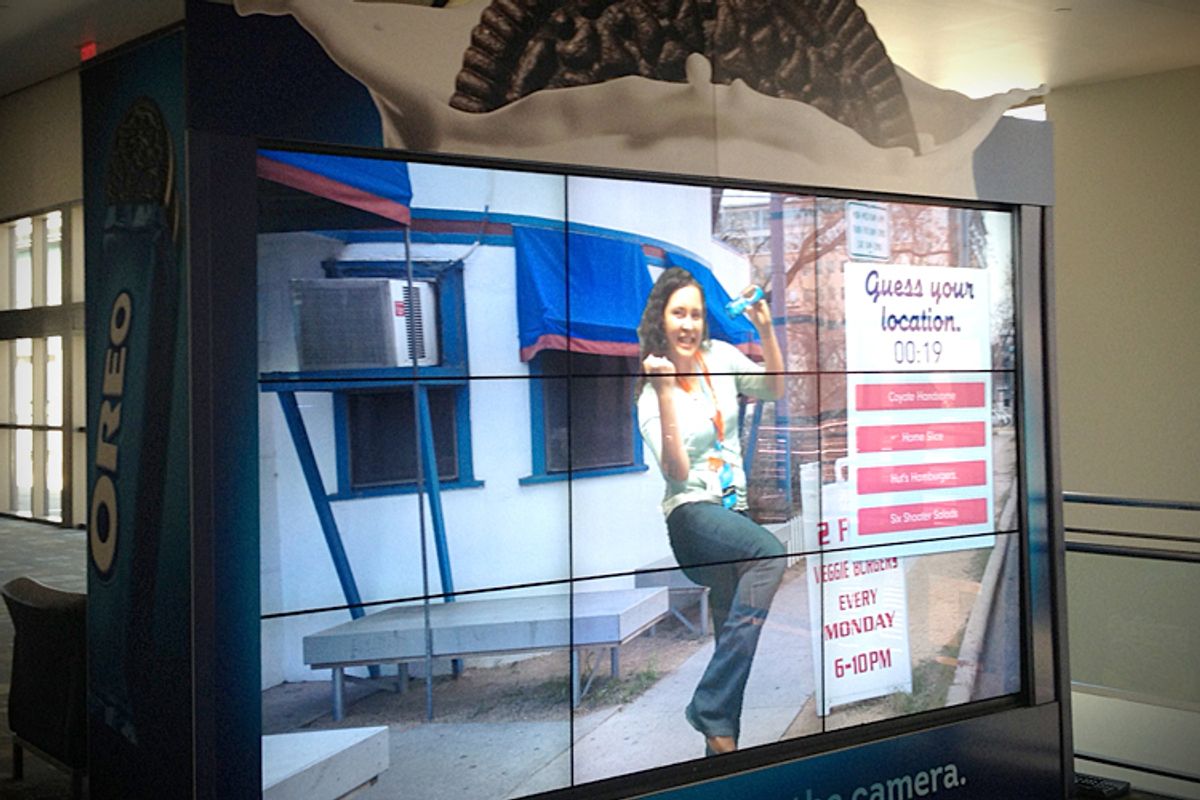 When B. Bonin Bough leaned toward the microphone in a standing-room-only meeting room at 9:30 Monday morning, his voice crackled as if his lungs were clearing out a pickup truck's worth of rusty nails.

"Sorry," he apologized. "It was a long night last night."

It was only the first of multiple occasions on which Bough, the V.P. of Global Media and Consumer Engagement at Mondelēz International, sparked raucous laughter from the crowd. I don't know if I'd normally expect an audience that came to hear a panel on changing demographics, retail sales and ad budgets to be so approving of late night carousing, but that, I guess, is SXSW in a nutshell.

Once his voice cleared, Bonin proceeded to show why there wasn't an empty seat in the house with his incisive analysis of how social media, mobile technology and personalization data were remaking the retail landscape. As he did so, he solved a minor mystery for me: Why Oreo was such a huge presence at SXSW 2013. Yahoo and Esurance, sure. Pepsi and Doritos -- they're everywhere, all the time.. But Oreo? At a tech conference?

Well, Mondelēz owns Oreo and Bonin understands social media like a dolphin understands the South Pacific. The dots aren't hard to correct. As I listened to Bonin discuss the negative impact of Twitter on TV -- people watch TV commercials less, because that's when they pull out their phones; but they end up watching and talking about TV more, because they're together online -- as a way of explaining why Oreo and all of Mondelēz's brands were paying very close attention to how they could be part of that online conversation, I realized I was listening to someone who really, really knew his game.

The world got a firsthand look at Oreo's nimbleness during the Super Bowl blackout, when Oreo's Brooklyn-based rapid response team popped out the "you can still dunk in the dark" tweet, aka the "tweet heard 'round the world." The "Oreo moment" at SXSW is part of a concerted effort to keep that momentum rolling, and to make sure every possible permutation of new technology gets exploited for the glory of the brand.

Not far from where I'm sitting right now, lines of people have been forming all week waiting to get the chance to play with Oreo's Grab & Go interactive installation. It's pretty brainless -- you hold a package of Oreos, get photographed against the background of a famous Austin eating establishment, and then, if you guess the name of the restaurant, you are entered in a prize contest. Silly, yes, but almost as popular as Grumpy Cat.

Oreo's branding triumphs, however, actually got in the way of the the real meat of the panel, which focused on how retailers were exploiting their data on consumer purchases along with the new capabilities of mobile technology to boost sales and target their advertising budgets more effectively.

Bonin described an experiment with shoppers at Stop & Shop who used their mobile phones to scan the bar codes of the items they wanted to buy, and then paid with their phones at checkout. He said that by seeing what shoppers were scanning, in real-time, Mondelēz could zap them coupons for different items physically located on that aisle and were able to significantly boost sales of those items.

"Targeting people in aisle, in the moment, at the moment of truth, is the holy grail of retail marketing," said Bonin. This is how the millennial shoppers of the future, who are "more mobile, more connected, and more into sharing," will do their business.

That same level of data can be used to significantly tighten the focus of marketing campaigns. Another panelist, Catalina Marketing's executive V.P. of mobile and marketing Todd Morris, said his company had analyzed grocery story data from loyalty programs and discovered a significant decline in the sales of Lunchables -- the pre-packed kid-lunch product. By correlating data on what the people who weren't buying Lunchables were buying instead, Catalina isolated two reasons for the sales decline. One was economic; times were tough, and buying patterns shifted to bag lunches, as indicated by increased purchases of Ziplock bags and cheaper snacks. Another was health-conscious, as indicated by fewer snacks and more fruits and vegetables.

The result, two new marketing messages. For the price conscious, the message was that time = money, and time saved by giving your kid a Lunchable instead of putting together a bag lunch was time you could spend on quality interactions with your kid. For the health conscious, the message included elements like greater focus on the fact that the "nuggets" in Lunchables were healthier than fast food "nuggets."

Personally, I think both these new campaigns further solidified Lunchables 'status in my own mind as pure evil, but that's neither here nor there. The facts are these: Retailers are getting a better picture of what we're consuming and why we're consuming it, and better technologies for influencing us in their desired purchasing direction at our moment of decision. Next time your phone beeps in the supermarket, it might not be a text from your friend, it could be someone saying, let's make a deal on that six-pack.