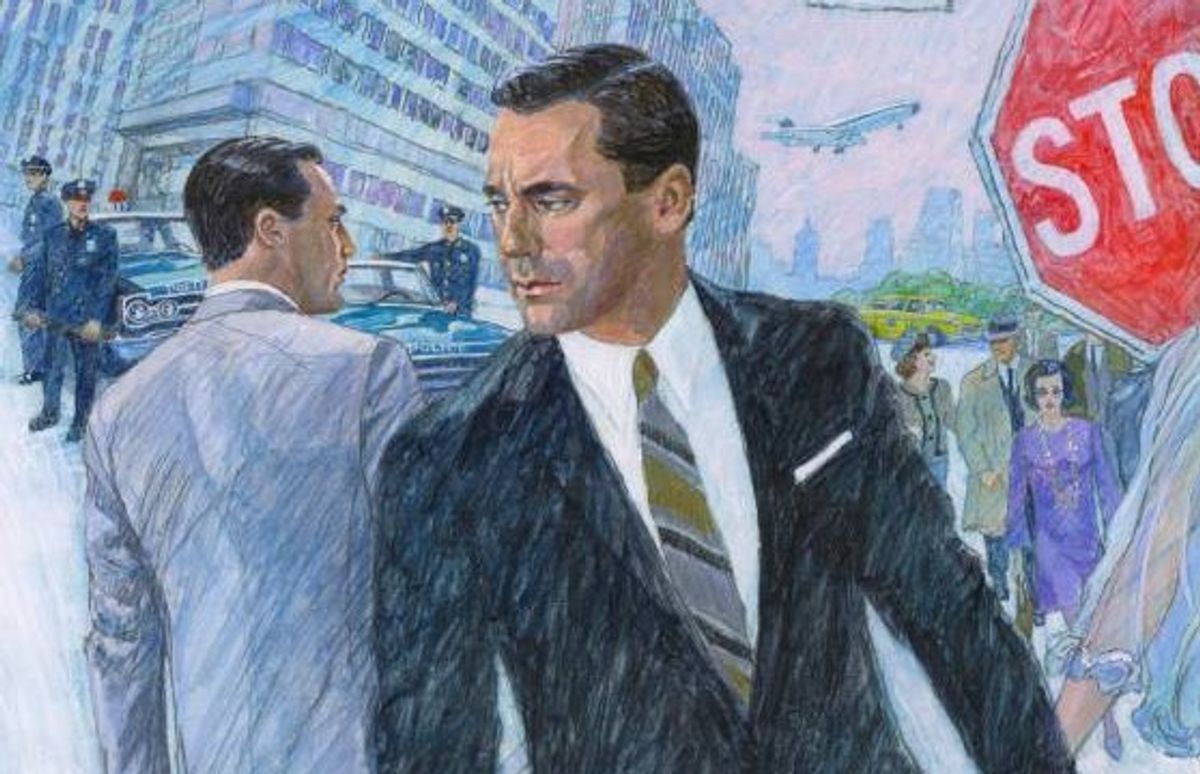 Gearing up for season 6 of AMC's "Mad Men," the series took a note from adman Don Draper and commissioned a poster from famed illustrator Brian Sanders, a nod to the 1960s-era setting of the season.

The New York Times reports on the vision:

"Matthew Weiner, inspired by a childhood memory of lush, painterly illustrations on T.W.A. flight menus, decided to turn back the promotional clock. He pored over commercial illustration books from the 1960s and ’70s and sent images to the show’s marketing team, which couldn’t quite recreate the look he was after.

'Finally,' he said, 'they just looked up the person who had done all these drawings that I really loved, and they said: ‘Hey, we’ve got the guy who did them. And he’s still working. His name is Brian Sanders.’ ”

Sanders, who lives in England, drew the poster in what is called bubble and streak style; he worked as a prominent illustrator just as photography was gaining prominence in advertising. "The show is telling the history of advertising, and part of that story is about photography completely eclipsing illustration,” Weiner said.