Pyongyang has cut off its hotline to Seoul in the wake of new U.N. sanctions against Kim Jong-un's communist regime 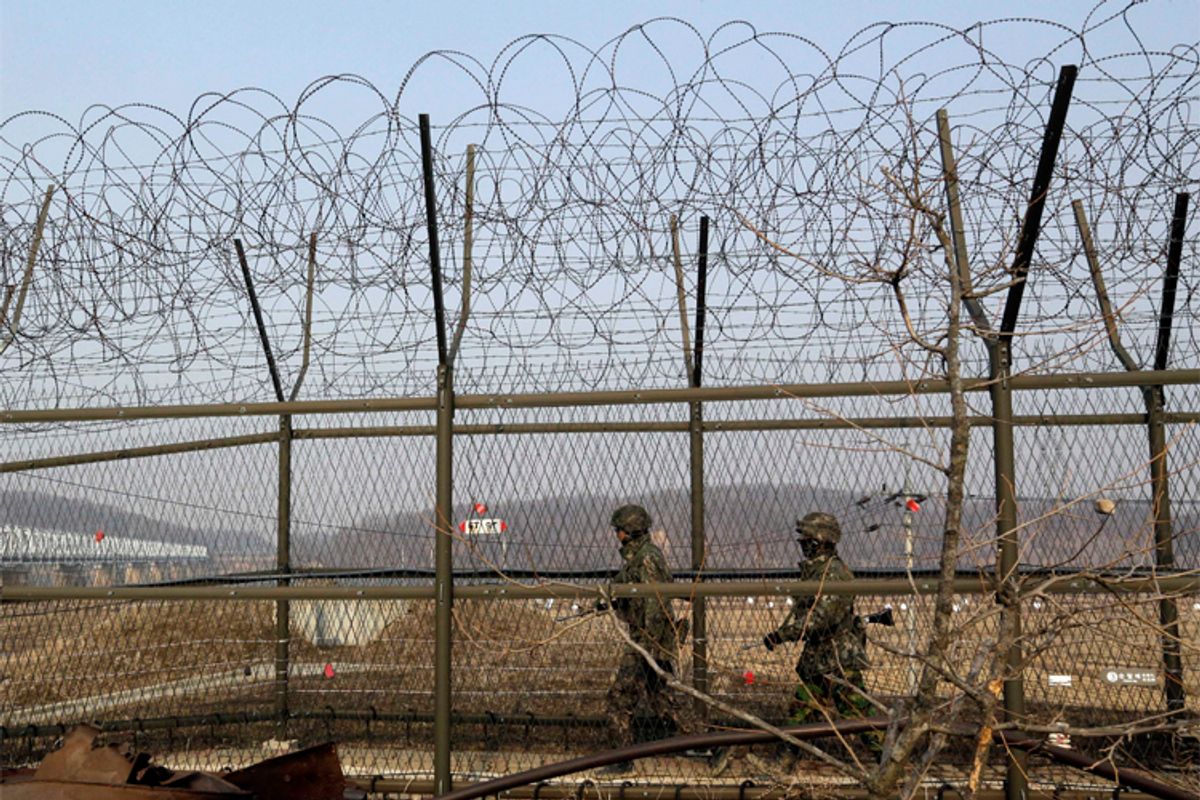 South Korean army soldiers patrol along a barbed-wire fence at the Imjingak Pavilion near the border village of Panmunjom. (AP Photo/Lee Jin-man)
--

North Korea severed its hotline with Seoul and confirmed its decision to scrap the armistice halting the Korean War on Monday, as South Korean and US troops launched a joint military exercise.

The two sides normally speak twice a day during the week on the hotline, which has been in place since 1971.

However, Agence France-Presse quoted a spokeswoman for the South's Unification Ministry as saying:

"The North did not answer our call this morning."

Pyongyang also threatened both South Korea and the US with nuclear attack.

The threats come in the wake of new UN sanctions against Kim Jong Un’s communist regime, which followed the North's nuclear test in February.

North Korea has severed contact with the South as many as five times, most recently in 2010, after 50 South Koreans were killed in attacks ordered by Pyongyang.

North Korea has said that the US mainland is within striking distance of its long-range missiles, though Washington maintains defenses capable of neutralizing a North Korean ballistic attack.