“We are aiming at a dialogue both with the readers and the authorities," says Agens editor-in-chief 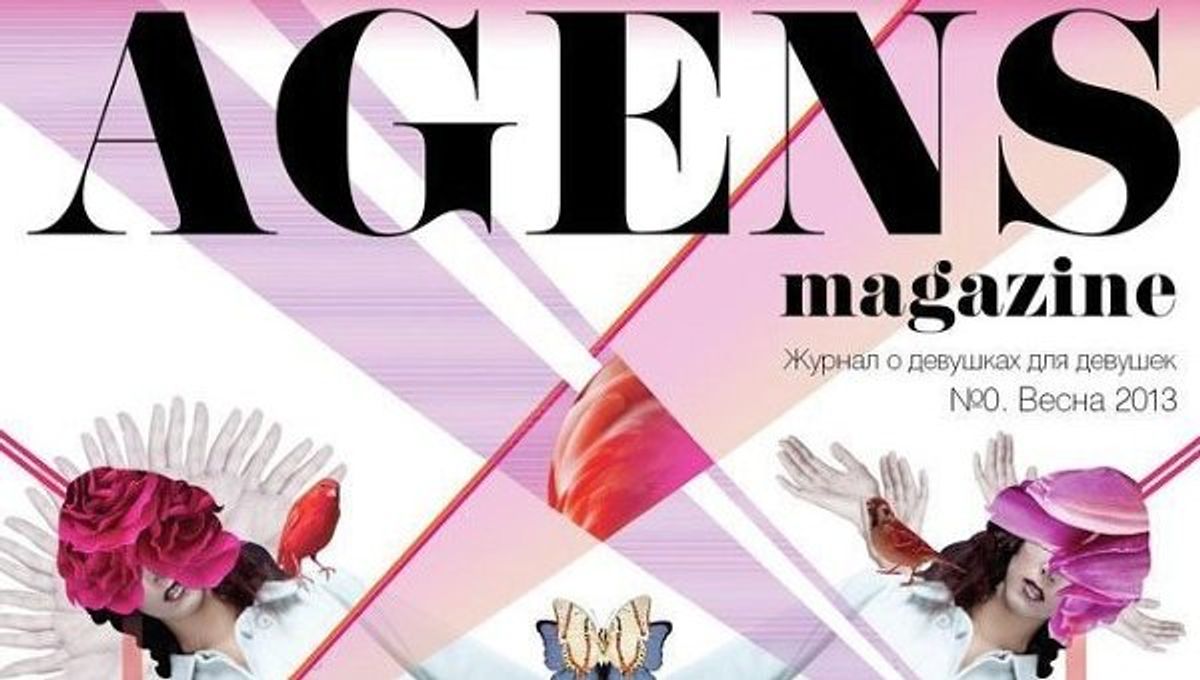 The inaugural issue of a lesbian glossy hits newsstands in Russia this month, in defiance of a proposed law banning all "homosexual propaganda" and increased violence and discrimination against gays and lesbians in the country.

The magazine -- Agens, which means "driving force" in Latin -- features androgynous fashion spreads and coming-out stories and may serve as a vital source of community and connection for gay, lesbian and transgender communities restricted from publicly organizing.

“The LGBT community has to deal with an information blackout,” editor-in-chief Milena Chernyavskaya told Ria Novosti. “Russian gay men and lesbians don’t know each other and think that they cannot be happy, because everyone around them abuses them.”

The Agens top editor also doesn't see the publication as a provocation, but as an opportunity to engage directly with Russian lawmakers: “We are aiming at a dialogue both with the readers and the authorities,” Chernyavskaya said. “If the deputies are unhappy with the magazine, I would like to talk to each of them face to face.”

The proposed ban, which has been endorsed by the Kremlin and the Russian Orthodox Church, would make public events and sharing “propaganda” about the lesbian, gay, bisexual and transgender community with minors punishable by fines of up to $16,000. The magazine, described as being "about women for women" has labeled each of its 999 first-run copies as "18+" accordingly.

Agens has received support from other feminist publishers, including Olgerta Kharitonova of online feminist magazine Ostrov:

“If a glossy lesbian magazine survives on Russian soil, it will be the best present for the LGBT community in 2013. If Agens manages to reflect lesbian life in the format of a glossy magazine without attracting the ire of the outraged Orthodox community, then we can only wish them luck and keep our fingers crossed."

Although it only launched this week, the magazine has, predictably, attracted a considerable amount of backlash. "The magazine may be legal but we need to watch that this filth does not fall into the hands of minors," St. Petersburg M.P. Vitaly Milonov told the Daily Mail.

The ban, approved by Russia's lower house of parliament on Jan. 25, still requires the parliament's and the president's final approval before it becomes law.