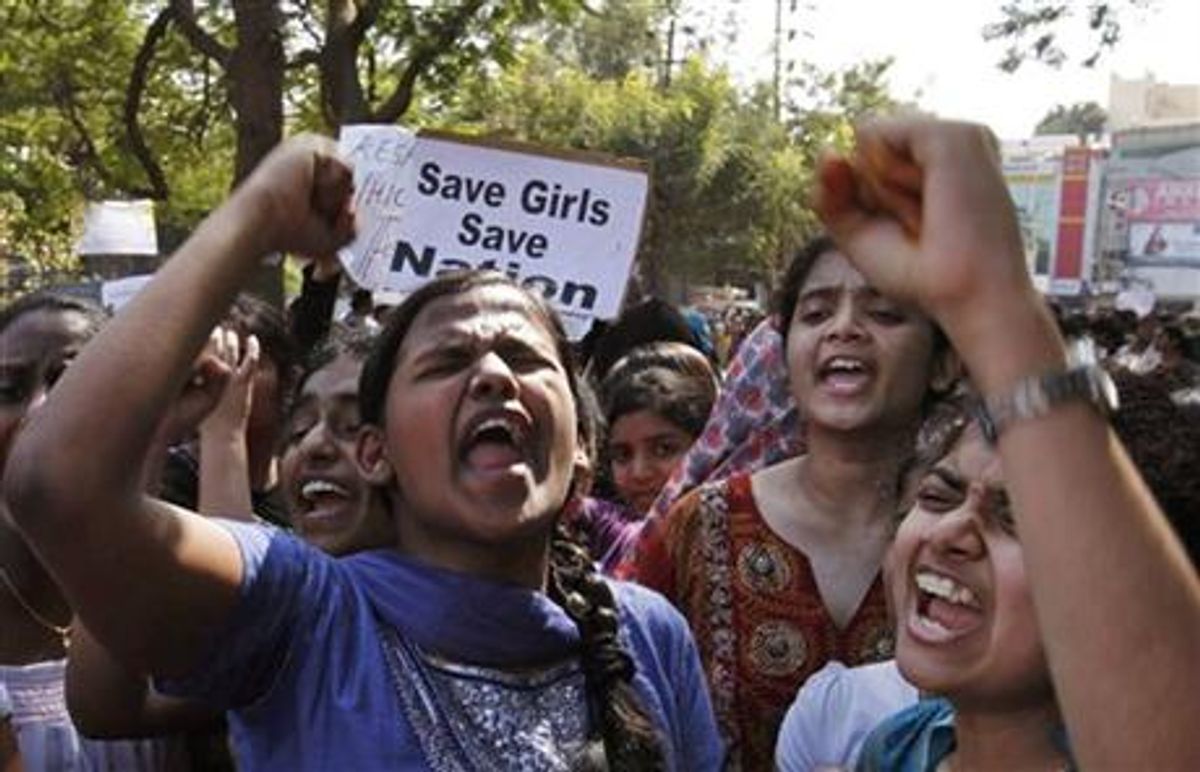 NEW DELHI (AP) — The body of a man who died in a New Delhi jail while in the midst of a high-profile rape trial was released to his family Tuesday after a post-mortem exam aimed at determining whether he committed suicide or was killed.

Ram Singh, 33, was found dead at New Delhi's Tihar Jail early Monday, in a small cell he shared with three other prisoners. Authorities said he hanged himself, but his family and lawyer insisted foul play was involved. A magistrate is investigating.

The Press Trust of India, citing police sources, reported that the initial post mortem showed Singh died due to hanging and suggested he committed suicide.

Singh was facing the death penalty in his trial for the gang rape and fatal beating of a woman on a New Delhi bus, a crime that horrified Indians and galvanized many to protest against the treatment of women here. Four other men and a juvenile remain on trial for the attack.

Officials from the jail officially informed the court Tuesday that Singh committed suicide, according to A.P. Singh, a defense lawyer in the case. The jail was expected to file a more detailed report to the court Thursday, he said.

The defense lawyers also asked the court to move their clients to more secure cells, away from hardened criminals; jail officials said the men were getting proper security, the lawyer said.

Journalists outside the All India Institute of Medical Sciences on Tuesday afternoon saw Singh's body loaded onto an ambulance and taken away accompanied by his family.

Vimla Mehra, the director general of the jail, declined to say how Ram Singh could have managed to kill himself without alerting the other inmates in his small cell or the guards.

Kiran Bedi, the former director of the jail and now an activist, said prison officials had a moral and legal obligation to ensure Singh's safety. She expressed surprise that authorities had not been monitoring him with cameras.

"You are duty bound to protect the lives of the prisoners," she said.

Mamta Sharma, chair of India's National Commission for Women, said jail authorities had to explain Singh's death "despite so much protection, so much precaution, so much security."

"This means that even though he was accused of such a heinous crime, the jail administration did not keep a watchful eye on him," she said.

In 2011, 68 inmates in India killed themselves and another eight were killed by fellow inmates, according to India's National Crime Records Bureau.

Tihar Jail is badly overcrowded and its 12,000 prisoners are nearly twice as many as it was designed to hold. Bedi said that despite that, the treatment of inmates has improved over the past two decades as the jail's operations became more transparent, with volunteers constantly coming in and prisoners better educated about their rights.

Ram Singh's father, Mangelal Singh, said his son had been raped in prison by other inmates and had been repeatedly threatened by inmates and guards. He said he feared for the safety of another son who is also on trial in the rape case.