Danny Boyle: "Trainspotting" sequel is back on

At SXSW, the British director talks about reuniting Renton, Sick Boy and the rest of the dysfunctional gang 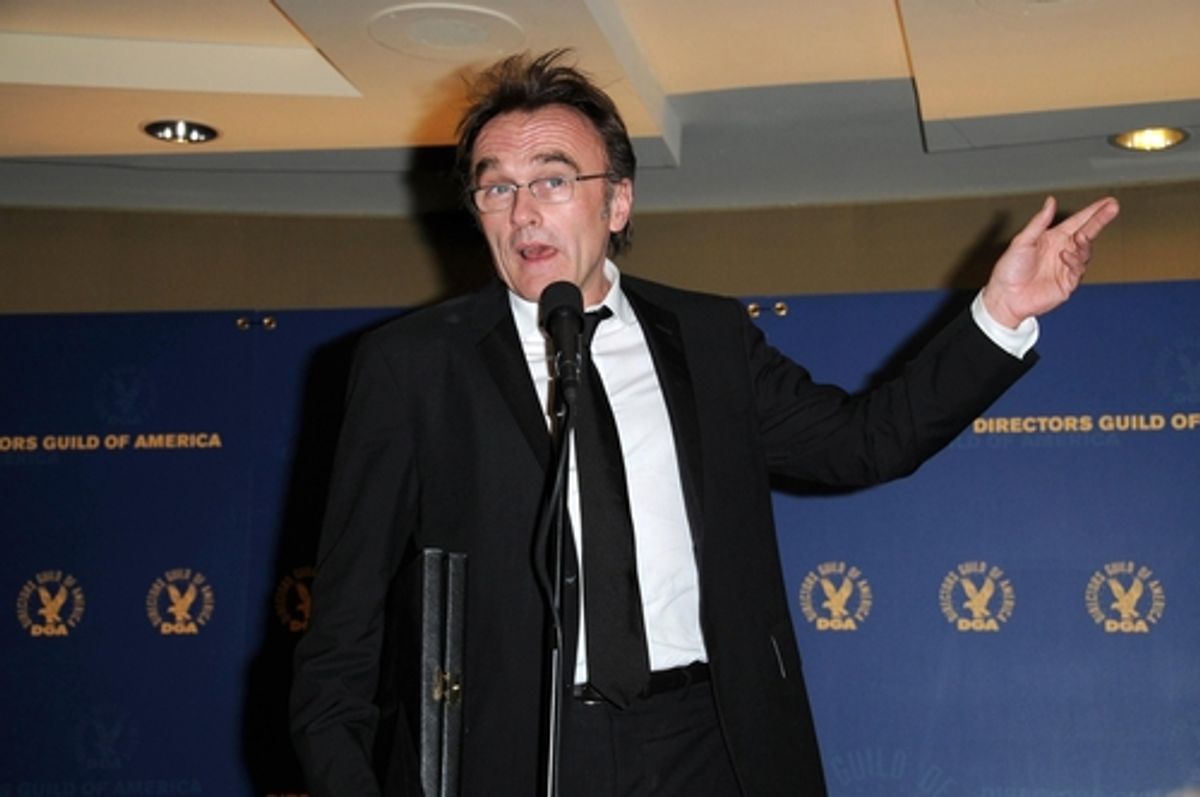 This piece originally appeared on Indiewire.

The buzz out of Austin this afternoon is Danny Boyle's SXSW Film Festival talk with the New York Times' David Carr (more on that later). The filmmaker unveiled some footage of his new mind-bending heist film (which we've seen mind you, and it's very good), "Trance," starring James McAvoy and Rosario Dawson, discussed his filmmaking career and his ongoing musical collaboration with Underworld's Rick Smith.

Much more exciting however, is our interview with Boyle this afternoon. Drew Taylor spoke to the director in Austin and all the projects the filmmaker has brewing are quite tantalizing.

The first bit? Boyle's mooted sequel to "Trainspotting," the adaptation of author Irvine Welsh's own sequel, "Porno," is back on. Boyle told The Playlist he hopes to make the film in 2016 and thinks he can get the entire original cast, including Ewan McGregor, back on board. Boyle said he's very optimistic on his timetable and noted that John Hodge – who wrote "Trance," "Trainspotting," "Shallow Grave" and "A Life Less Ordinary," and last worked with Boyle in 2000 on "The Beach" – is working on the screenplay. "This has been a long time coming," he said. "There's always been this long-term plan for 'Trainspotting 2,' if John can produce a decent enough script, I don't think there will be any barriers to Ewan or any of the cast coming back," he said. "I think they'll wanna know that the parts are good so they don't feel like they are letting anyone down."

"The reason for doing it again is that people cherish the original, people remember it or have caught up with it if they never saw because they were younger. So you want to make sure you don't disappoint people," he continued. "That will be the only criteria, I think."

What's more, Boyle has two other films in the works and both are period pieces. While he wouldn't divulge details of what eras they would be set in, the "Slumdog Millionaire" filmmaker did say that one was an adaptation of a book (which he wouldn't name) and the other is being written by Hodge. "We're working on two period pieces at the moment, but they won't be like, 'Downton Abbey' period movies," he said. "They're like ... they're interesting. They've arisen very naturally. I never thought I'd do a period piece. It's weird the way it happens. Maybe because we're running out of genres," he chuckled.

Lastly, the filmmaker revealed that Naomie Harris of "28 Days Later" was cast as the female lead of "Trance" – the role that Rosario Dawson now has in the final film. Part of the reason was "Trance" was originally set in New York with one British female in the hypnotist role. When Boyle scored the summer 2012 Olympics gig to be closer to home, he changed the setting to London and then in a reverse move, changed the female lead to be the sole American in the movie. "Trance" hits U.S. theaters in limited release on April 5. More from this interview, including quotes soon.