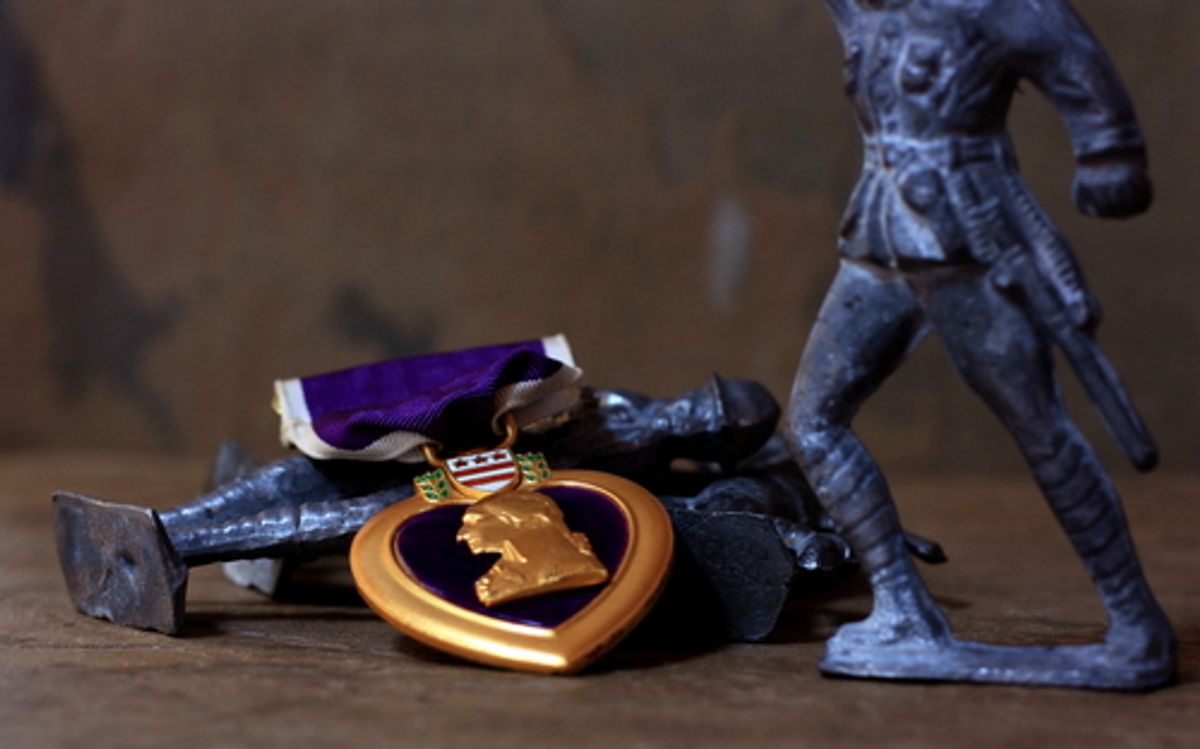 The newly created Distinguished Warfare Medal, approved last month by then-Defense Secretary Leon Panetta, will honor members of the military for "extraordinary" achievements since Sept. 11, 2001. The accomplishments do not have to be restricted to a geographic region, meaning that remote warfare -- such as drone operations -- could be recognized.

What upset many of the medal's critics was not the creation of the award, but its so-called "order of precedence" that would put it above several traditional combat medals.

There's little question as to whether drone pilots give a lot of themselves and can suffer the consequences of their role in attacks that can cause civilian death and devastation. German newspaper Der Spiegel last year ran a stirring profile of a U.S. military drone pilot talking of the trauma of realizing he'd remotely killed a child in Afghanistan.

Yet there's little doubt that drone pilots play different roles and embody different subjectivities than on-the-ground military members. With the medals in mind, a primary issue is that drone pilots do not put their bodies on the line. As filmmaker Alex Rivera suggested to the New Inquiry's Malcolm Harris in an interview, "the drone pilot has a type of vision that no military actor has had before, that of lingering, of observing over extended periods of time, and doing so with absolutely no threat to oneself."

But as Panetta noted when he announced the creation of the award in February, "remotely piloted platforms and cyber systems" have "changed the way wars are fought." How the military will value those who carry out new forms of warfare, compared to troops that continue to put their lives at risk, remains an open question. However, the failing infrastructures for taking care of veterans from Iraq and Afghanistan -- which has seen thousands of vets go homeless and without treatment for PTSD -- gives some indication of how on-the-ground troops are valued.

Terkel reported that "no one has been awarded the Distinguished Warfare Medal yet, and no one will receive it while the review is going on. The Defense official said that the service secretaries were still writing criteria for the award."