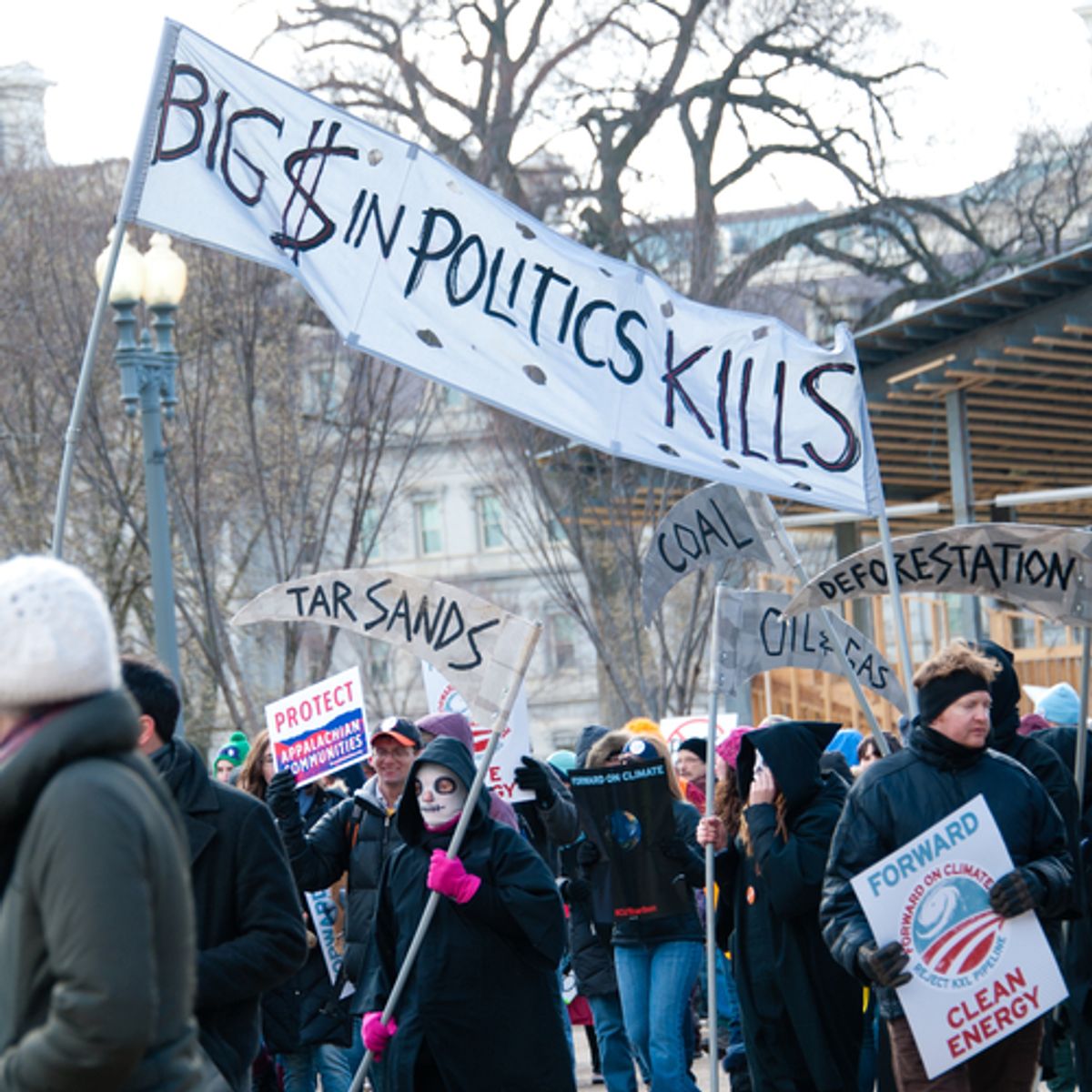 The Environmental Impact Statement, as Salon noted on its release, angered environmentalists for its assessment that the project was sound and would have limited negative consequences. As DeSmog Blog's Steve Horn noted Tuesday, however, "Unmentioned by State: the study was contracted out to firms with tar sands extraction clientele, as revealed by InsideClimate News."

InsideClimate News reported that two firms, EnSys Energy and ICF International provided the State Department that basis for their claims:

The State Department's recent conclusion that the Keystone XL pipeline "is unlikely to have a substantial impact" on the rate of Canada's oil sands development was based on analysis provided by two consulting firms with ties to oil and pipeline companies that could benefit from the proposed project.

EnSys Energy has worked with ExxonMobil, BP and Koch Industries, which own oil sands production facilities and refineries in the Midwest that process heavy Canadian crude oil. Imperial Oil, one of Canada's largest oil sands producers, is a subsidiary of Exxon.

ICF International works with pipeline and oil companies but doesn't list specific clients on its website. It declined to comment on the Keystone, referring questions to the State Department.

Horn, citing a report in Grist, also noted that a third contractor that contributed to the State Department report was in the pay of Keystone XL owner TransCanada. "The 'sustainability consultancy' Environmental Resources Management (ERM) was paid an undisclosed amount under contract to TransCanada to write the statement, which is now an official government document," wrote Grist's Brad Johnson, noting that "the documents from the ERM-TransCanada agreement are on the State Department’s website, but payment amounts and other clients and past work of ERM are redacted."

Horn noted too that the next head of the U.S. Department of Energy -- Earnest Moniz -- was on the board of ICF International, one of the oil and gas industry-tied contractors who worked on the Environmental Impact Statement. Horn wrote, "Moniz is a major fracking promoter and has been referred to as a 'frackademic'."

Although the State Department's report does not determine President Obama's decision on whether to approve the pipeline extension, which will carry crude oil from Alberta’s tar sands to the Gulf Coast, it makes it easier for him to override the demands of environmentalists calling for the project to be blocked.