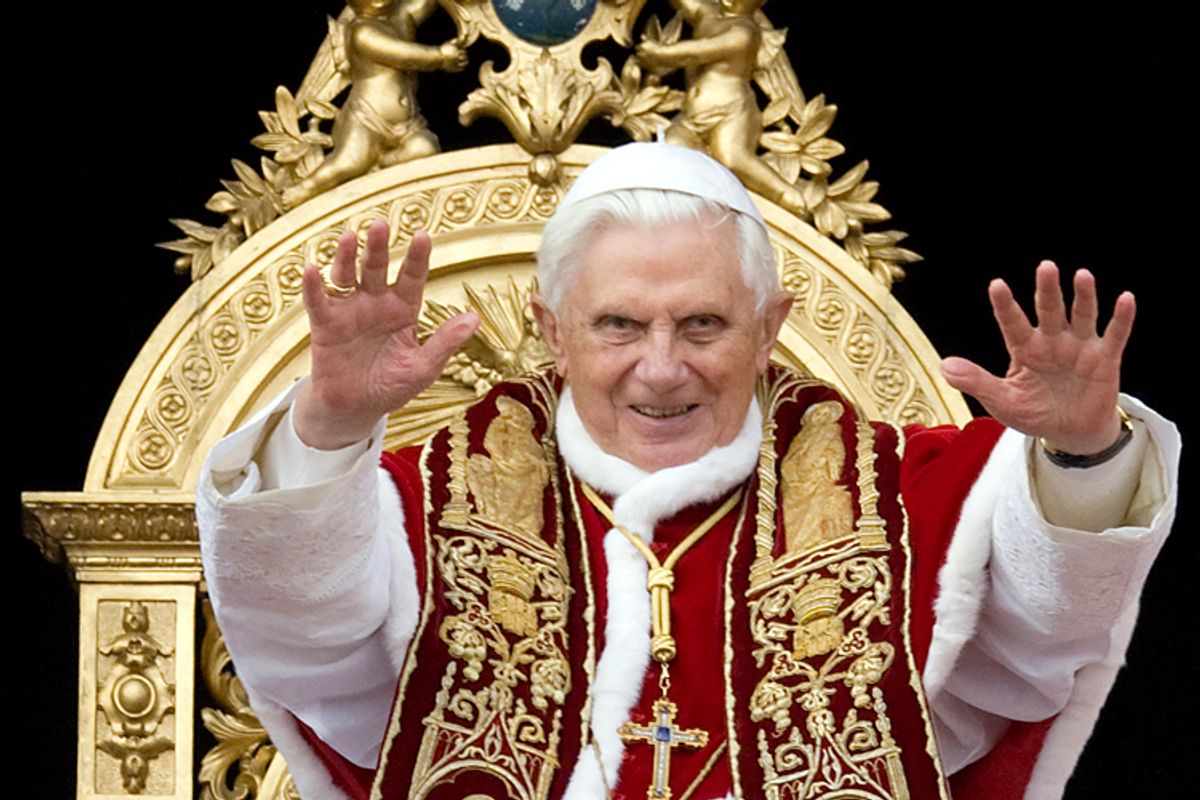 Happy Conclave Day, everyone. While you are discreetly scanning TMZ on your office computer or contemplating the Chipotle you will eat for lunch, 115 cardinals have gathered at the Vatican to select God's new representative on earth.

But there is something more than just choosing a spiritual leader for the world's 1.2 billion Catholics weighing on the cardinals today: Gay bathhouses.

News broke on Tuesday that the Holy See had purchased a $30 million dollar share of Rome real estate that includes Europe’s largest gay sauna, making them its official landlord.

As reported by The Independent:

The senior Vatican figure sweating the most due to the unlikely proximity of the gay Europa Multiclub is probably Cardinal Ivan Dias, the head of the Congregation for Evangelisation of Peoples, who is due to participate in tomorrow’s election at the Sistine Chapel.

This 76-year-old “prince of the church” enjoys a 12-room apartment on the first-floor of the imposing palazzo, at 2 Via Carducci, just yards from the ground floor entrance to the steamy flesh pot. There are 18 other Vatican apartments in the block, many of which house priests....

Cardinal Dias, who is seen as a social conservative even by the current standards of the church hierarchy, is no doubt horrified to learn of the activities taking place a floor below.

The Europe Multi Club appears game to engage with their neighbors at the Holy See, or at least content to mess with them. The club hosts a weekly “bear night,” featuring "Bruno, a hairy, overweight pastor of souls" who, dressed in Catholic vestments (naturally), is "free to the music of his clergyman, remaining in a thong, because he wants to expose body and soul,” according to The Independent. Bear night also features a buffet, because exposing one's body and soul works up an appetite.

This isn't the Church's only financial holding in the sins of the flesh, either. As reported by The New Civil Rights Movement, they also own a $2.3 billion German publisher that sells titles like "Fuckable" and "Lawyer’s Whore."