Who owns the fish?

Commercial fishermen used to be able to fish the U.S. seas freely. A new catch-share system has changed all that 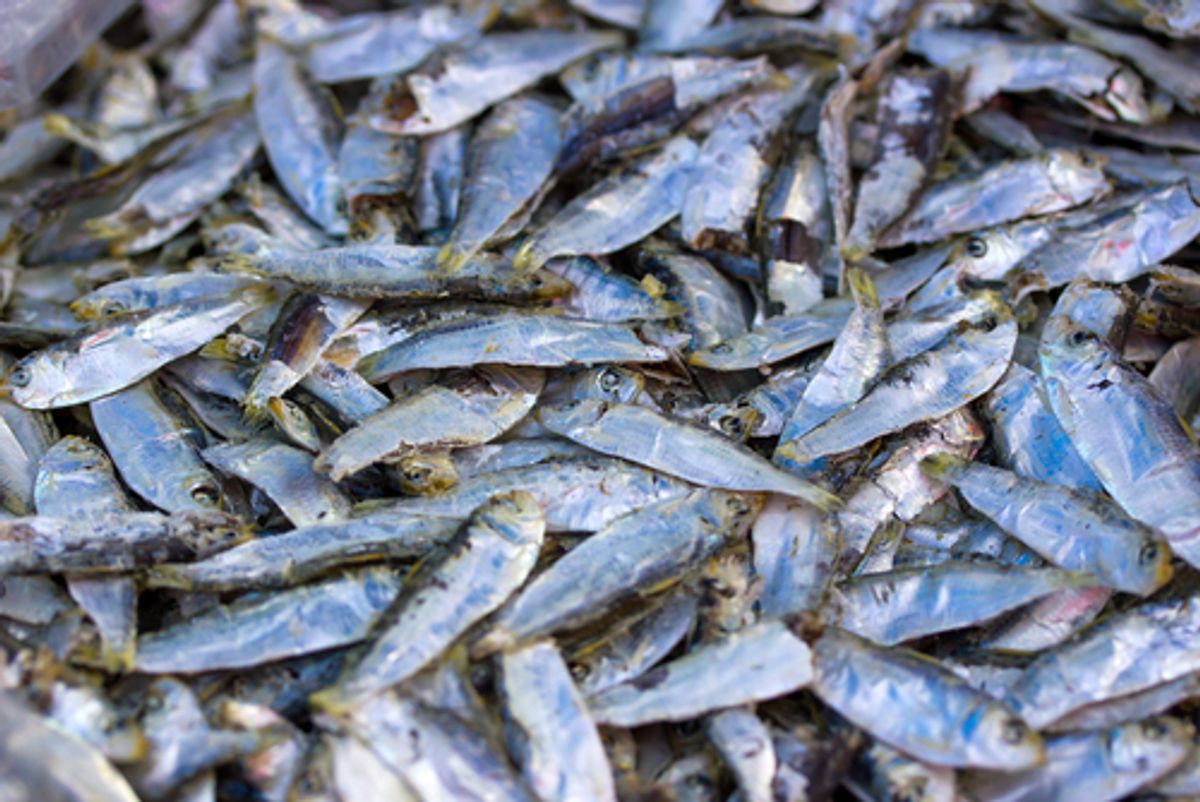 SAN FRANCISCO – For centuries, men like Larry Collins, a garrulous crab and sole fisherman, were free to harvest the seas.

But sweeping across the globe is a system that slowly and steadily hands over a $400 billion ocean fishing industry to corporations. The system, called catch shares, in most cases favors large fishing fleets, a review of the systems operating across the United States shows.

“We’ve been frozen out,” said Collins, who docks near the Golden Gate Bridge. “This system has given it all to the big guys.”

More and more wild-caught fish species and fishing territories in the United States are managed under catch shares, which work by providing harvesting or access rights to fishermen. These rights – worth tens of billions of dollars in the United States alone – are translated into a percentage, or share, that can then be divided, traded, sold, bought or leveraged for financing, just like any asset.

Catch shares have been backed by an alliance of conservative, free-market advocates and environmental groups, some of which have financed scientific studies promoting the merits of the system, the Center for Investigative Reporting has found.

Thousands of jobs have been lost in regions across the United States where catch-share management plans have been implemented, researchers have noted.

There are 15 catch-share systems in the United States, stretching from the North Pacific’s frigid gray waters along the coast of Alaska and the Aleutian Islands down to the Gulf of Mexico.

More than 3,700 vessels are no longer active in the 10 defined fishing areas that have operated under catch shares since before 2010. That could account for as many as 18,000 lost jobs, according to estimates from researchers who track the fishing industry.

Nowhere is that more apparent than in the surf clam fishing fleet of the mid-Atlantic. The region was the first to implement catch shares more than 20 years ago. Since then, the surf clam fleet has declined by more than 60 percent.

“There’s been a lot of consolidation,” said Carolyn Creed, a Rutgers University anthropologist who has studied catch shares in the mid-Atlantic region. “It’s not the frontier like it used to be. Everything is clean and so businesslike.”

Catch shares are part of a larger government-regulated movement that over the past few decades has been turning the country’s natural resources into marketable commodities to be traded, leased and carefully controlled – including the rights to pollute the air, trade and bank endangered species, and sell and distribute water.

Canada, the Netherlands and Iceland were the first countries to experiment with the idea of privatizing fisheries in the 1970s. New Zealand made it national policy in the mid-1980s. These fisheries are defined as regions where certain species of fish are harvested.

Today, fishery experts estimate there are about 150 major fisheries worldwide managed under a form of rights-based management, including catch shares, which accounts for roughly 10 percent of the world’s commercial marine harvest.

Some of the nation’s largest ocean territories are managed under catch shares, including Alaska’s pollock, halibut and sablefish fisheries.

Proponents such as the Environmental Defense Fund argue that if a fisherman or seafood company owns a percentage stake, it will take better care of it. They contend it brings economic efficiency to a system in which too many boats are chasing after too few fish.

But it’s more than that, promoters say. Because the system brings financial rewards to those who stay in the system, those who remain have more of a stake in seeing the system thrive.

“In traditional fisheries management, there are perverse incentives that actually penalize conservation,” said Tom Lalley, a former spokesman for the Environmental Defense Fund, referring to traditional “derby fishing,” in which boats catch as much they can in a certain period of time.

Critics, including small fishermen and independent scientists, say the system doesn’t live up to its billing.

They note that the nation’s fish stocks have been rebuilding steadily over the past decade with the use of catch limits, but not necessarily catch shares.

Congress required catch limits in every fishery by 2011 when it reauthorized the nation’s fishery law, the Magnuson-Stevens Act, in 2006. Catch limits put a cap on the number of fish that can be harvested in a fishery. By contrast, the catch-share system is a management tool that provides exclusive access to fishing harvesting rights.

Catch shares require catch limits, however, and critics of the management tool question whether any positive environmental results are actually the result of effective catch limits – not privatization.

He pointed to the success of the mid-Atlantic flounder fishery, which crashed during the 1980s and 1990s. The fishery, now considered healthy, was rebuilt using an overall catch limit, which included size limits and gear restrictions.

Awarding shares in the Pacific actually has benefited trawlers that contributed to the demise of some fish species such as canary and yelloweye rockfish, records and interviews show.

When the catch-share system was implemented in 2011, all shares went to fishermen and fishing companies that exclusively used trawling boats. A decade before, government regulators and environmental groups blamed trawlers for overfishing and environmental destruction that prompted the entire fishery to be shut down.

Fishermen like Collins, the San Francisco fisherman, who relied on traps or hook-and-line practices found themselves locked out because the government excluded fishermen who didn’t use trawlers.

“Those drag boats, they pull in about 100,000 pounds every week,” Collins said. “I maybe pulled in 200 pounds, and I rarely had any bycatch,” or unwanted fish that are thrown overboard.

Collins, along with other fishermen and some small fishing organizations, sued the government over catch shares, arguing that the program unfairly shut out small fishermen. He lost the case in September but is considering an appeal.

Squeezed out of the initial allocation, Collins knows he won’t be able to get back in without having to buy shares from the same fishermen he believes depleted the territory back in the 1990s.

“I believe local families should have access to local fish stocks. And there’s a danger that will never happen again,” Collins said. “If you’re going to privatize the system, give the shares to the community, not the guys driving Mercedes, not the guys who got those Mercedes by destroying the fishery.”

Some of the biggest beneficiaries have been corporate interests.

For instance, according to government records, four companies own 77 percent of one type of Bering Sea crab shares: Trident Seafoods and Icicle Seafoods, both headquartered in Seattle, and two Japanese conglomerates, Maruha Nichiro and Nippon Suisan Kaisha.

Last year, more than 80 million tons of crab were hauled into Alaska ports, worth about $250 million.

And in New Zealand, where catch shares are the national policy, the government estimates that eight companies control 80 percent of the industry’s production.

Most researchers and managers acknowledge that the catch-share system will shrink the fishing fleet, hitting independent, small-scale fishermen the hardest, while protecting big corporate fleets.

“No matter what you do, there is a dynamic that is going to unfold in predictable ways, toward the concentration of wealth and away from public participation,” said Bonnie McCay, an anthropologist at Rutgers University who was a member of a National Research Council panel assembled by Congress in the late 1990s to assess catch shares.

This story was edited by Mark Katches and Robert Salladay. It was copy edited by Christine Lee and Nikki Frick.