Fashion's most powerful person may have missed out on an Obama appointment, but is getting a new feather in her cap 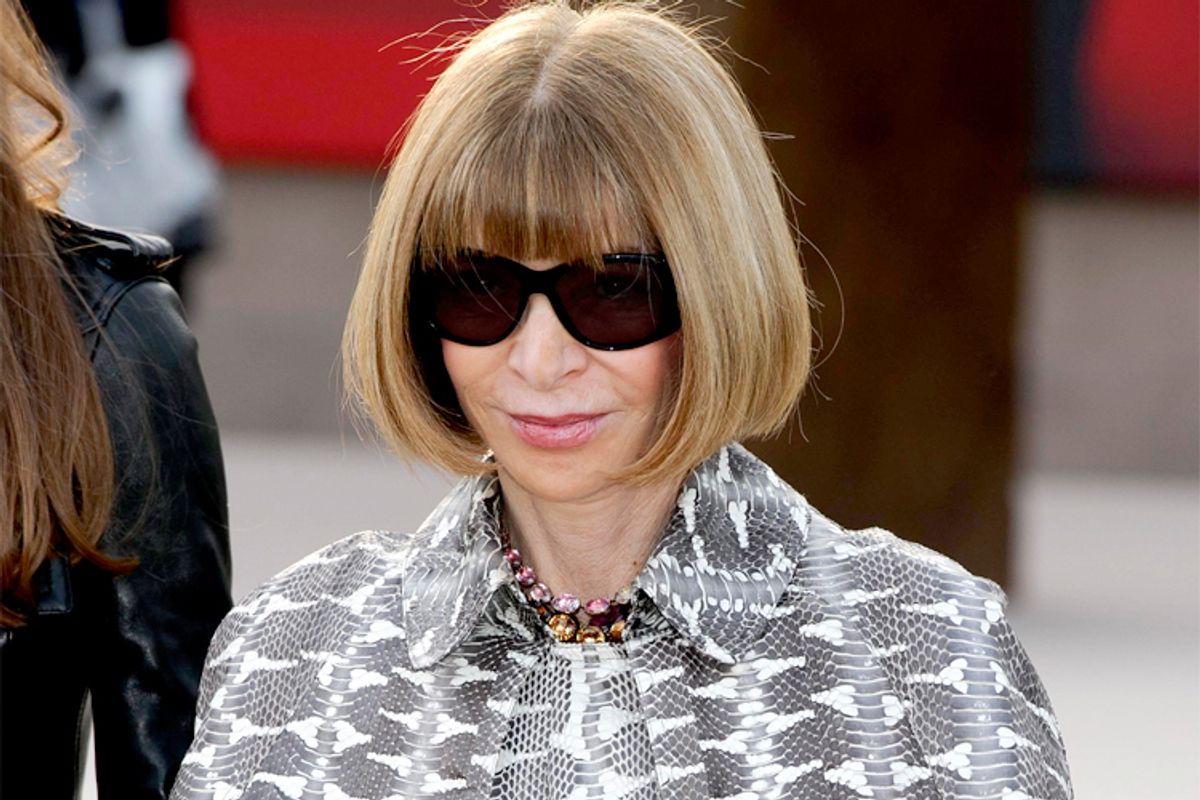 She may not have gotten tapped to be President Obama's ambassador to the United Kingdom or France, diplomatic posts for which she had been rumored to be in contention.

But Anna Wintour has landed on her feet.

The editor of Vogue has just been named the "artistic director of Condé Nast," the company that publishes Vogue, Vanity Fair, the New Yorker and Glamour, among other publications. Wintour described her position as "almost like being a one-person consulting firm," running through ideas with editors at the publication and recruiting new talent.

And as the chairman of Condé Nast ages -- Si Newhouse is 85 -- Anna Wintour comes to appear more and more important to the future of an industry under siege by the Web. "It isn't about a machine or an iPhone or an iPad. It's about people," Wintour told the New York Times; if any one person can make the experience of reading a magazine, any of Condé's diverse stable, seem lushly glamorous enough to put down an iPad, it's Wintour. She'll surely be back on Dave's couch soon.