Fla Lt. governor quits over ties to firm under investigation

Jennifer Carroll has resigned because of ties to a company being investigated for racketeering, illegal gambling 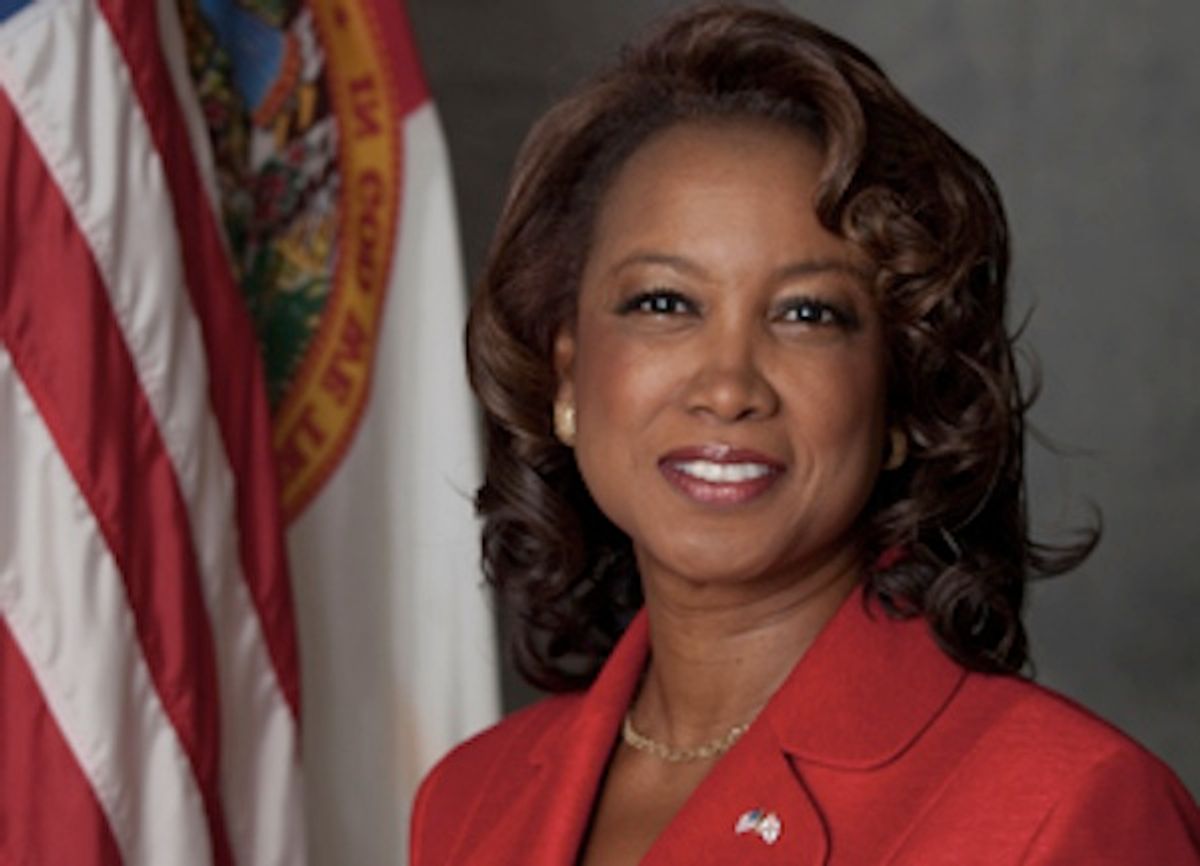 TALLAHASSEE, Fla. (AP) — Florida's lieutenant governor has resigned because of her ties to an Internet cafe company that is now under federal investigation.

Jennifer Carroll's resignation was announced Wednesday, one day after she gave her resignation letter to Gov. Rick Scott. His chief of staff, Adam Hollingsworth, says her resignation was spurred by an investigation into the Allied Veterans of the World, which was once represented by Carroll.

Officials from that nonprofit Internet cafe company were recently arrested on racketeering charges. The owner was arrested Tuesday in connection to allegations that he made $290 million after supplying illegal gambling software in Florida and claiming the games' proceeds would benefit a veterans group. Authorities also interviewed Carroll.

Carroll's ties to the company were questioned when she was in the Legislature when she proposed a bill that would benefit Internet cafes.