Military-trained dolphin killing machines are not on the loose 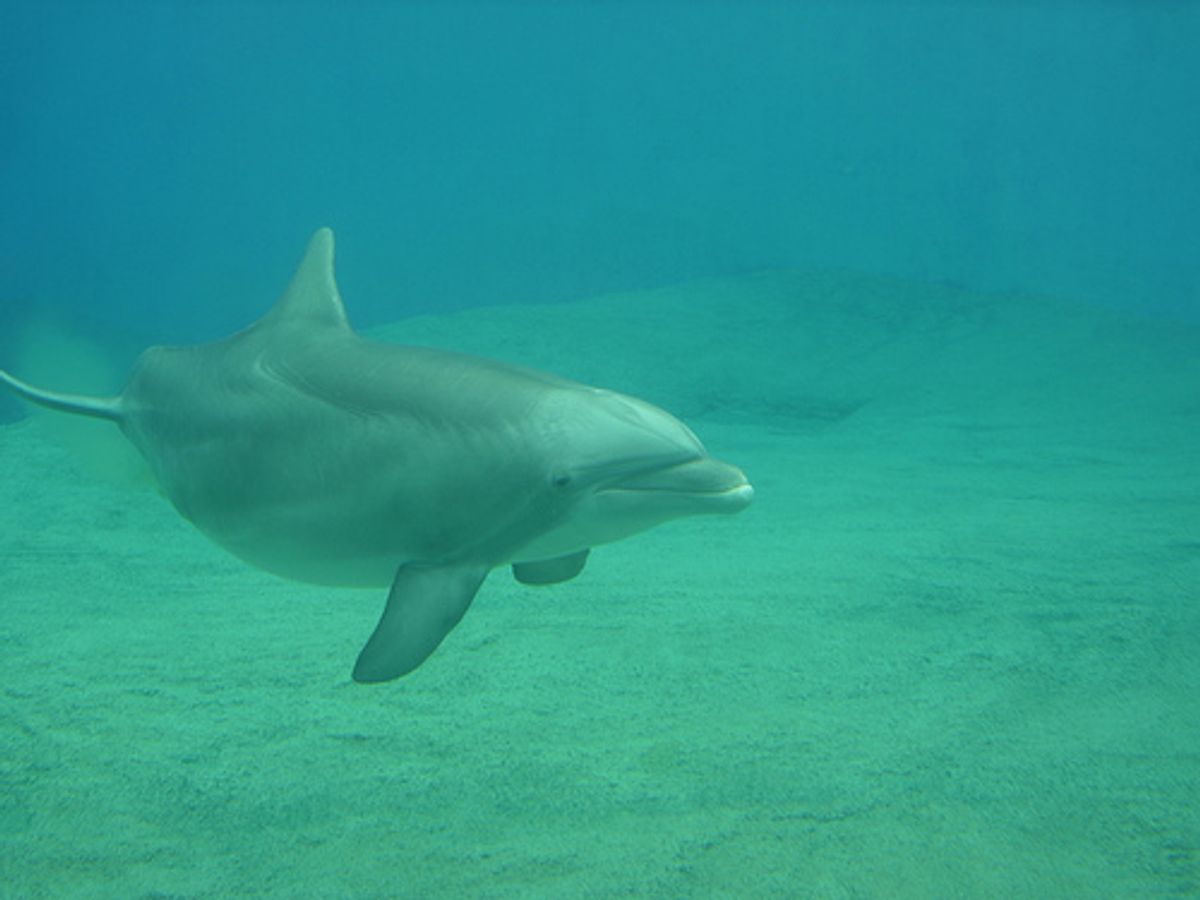 Everyone relax, a Tuesday report that three combat-trained dolphins from the Ukrainian army escaped has turned out to be a hoax. You are free to safely restart your regimen of power laps in the Black Sea.

The story took off after Russian news outlet RIA Novosti quoted an unconfirmed report on the alleged military program, which, admittedly, sounds terrifying. "The killer-dolphins will be trained to attack enemy combat swimmers using special knives or pistols fixed to their heads," according to the unnamed source. "We are now planning training exercises for counter-combat swimmer tasks in order to defend ships in port and on raids."

But a Wednesday report revealed the unnamed "expert" was actually a disgruntled museum employee, and that all of the Ukraine's military dolphins (yes, they apparently have those if you believe reports like this) are safe and accounted for, knife-faces and all.

Homicidal marine mammals might not currently be on the loose, but international militaries do have a history of training the beasts of land and sea for combat.

The American military currently uses dogs to sniff out improvised explosive devices in Afghanistan, and, as Alexander Abad-Santos reported for the Atlantic, the Navy trained toothed whales to identify sea mines during the Iraq invasion. Retired Adm. Tim Keating all but confirmed the program in an interview with NPR's Tom Bowman last year:

KEATING: They are astounding in their ability to detect underwater objects.

BOWMAN: Dolphins were sent to the Persian Gulf as part of the American invasion force in Iraq.

KEATING: I'd rather not talk about whether we used them or not. They were present in theater.

BOWMAN: But you can't say whether you used them or not.

KEATING: I'd rather not.

A particularly gruesome use of animals as weaponry? The "exploding rats" employed by the British Special Operations Executive during the Second World War. The covert program distributed explosives-laden rat carcasses around German boiler rooms, where once burned, caused large, destructive explosions.