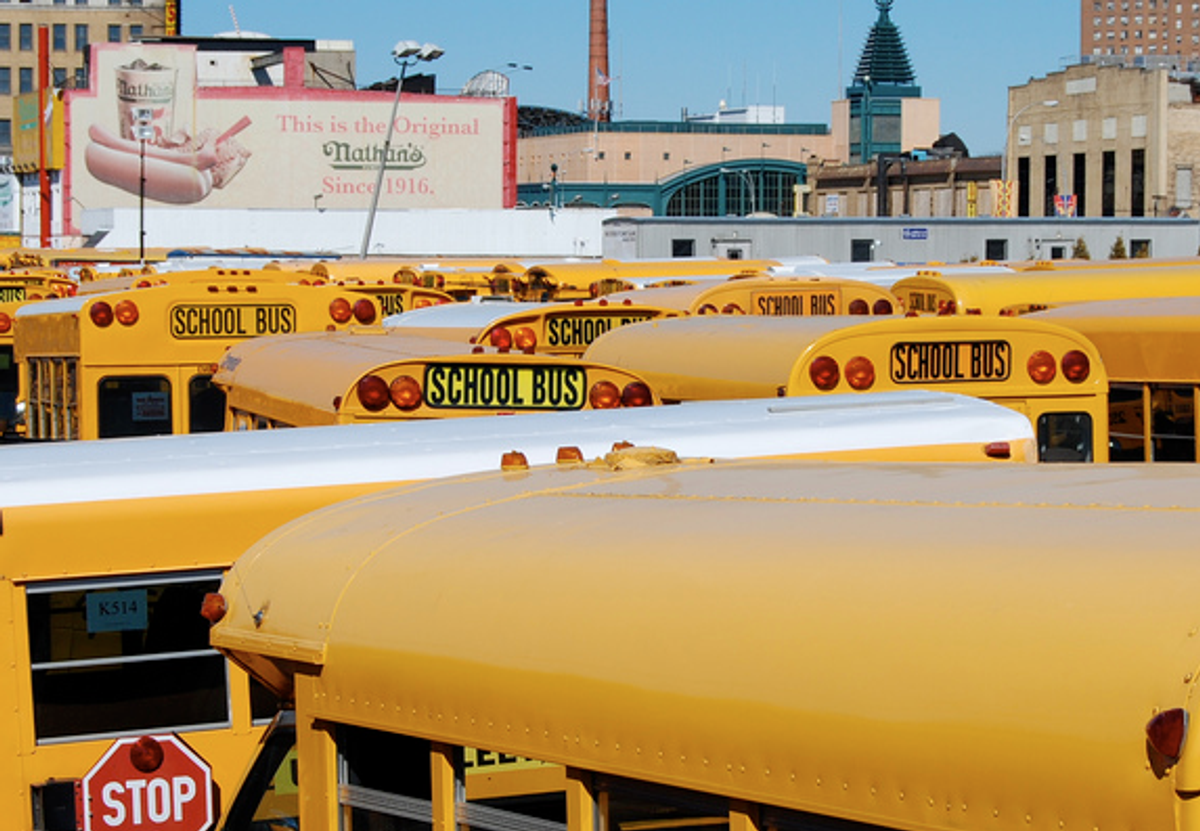 A Brooklyn boy accosted, spit on and, ultimately, pushed a 13-year-old girl out the back door of a moving school bus and into oncoming traffic late last week. Now, Amore-Virginia Peterson's mother is suing the New York City Department of Education for failing to move the boy to another bus route after repeated incidents of bullying and abuse against her daughter, who is bi-polar.

Peterson's mother, Harriet McNeill, told the New York Daily News that her attorney would file initial paperwork later this week to hold the city accountable for the broken collarbone her daughter suffered in the fall. “I’ve been telling the school that one of these kids is going to kill my daughter -- and on Friday it almost came true,” she said.

Education officials said that they are putting the boy who attacked Peterson on another route. Both students attend the Brooklyn Children's Center, a private school for students with emotional, behavioral and other health problems.

According to McNeill's attorney, the boy involved in the incident has a history of violent behavior. In addition to the driver, there was a bus monitor present during the incident. Neither face disciplinary action, according to city officials.